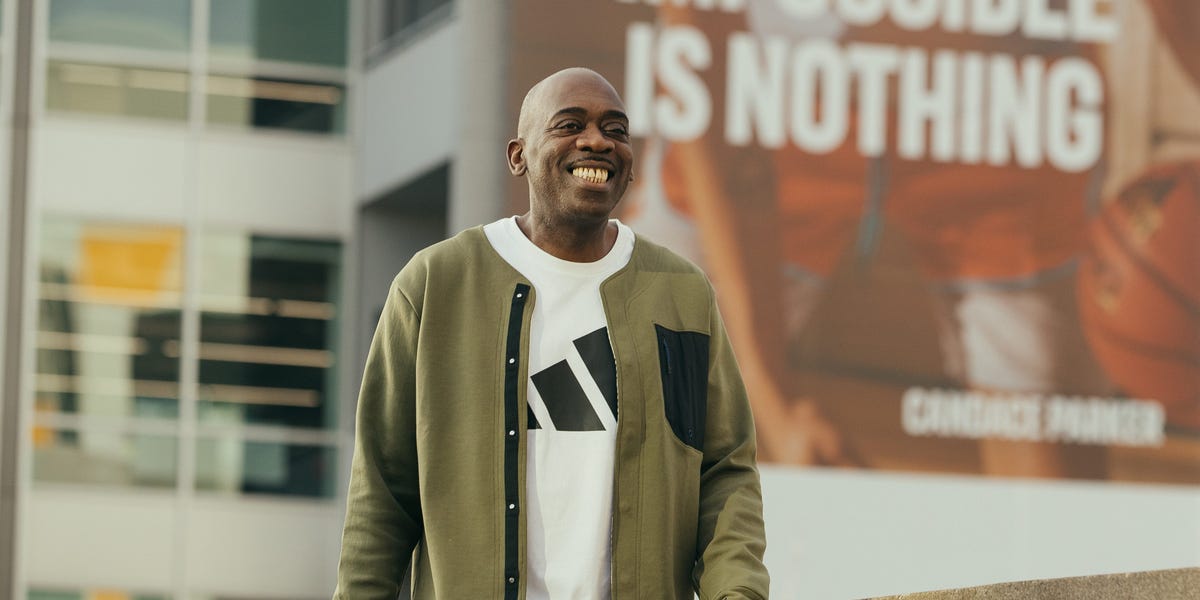 More than a month before his first day on the job, Adidas North America president Rupert Campbell showed up unannounced at the company’s employee store in Portland, Oregon. He wasn’t there to expand his collection of 440 pairs of sneakers.

“I came to work here for the day,” Campbell said.

Campbell began Jan. 5 at the helm of the world’s second-largest geography for the No. 2 sportswear brand, making him one of the industry’s most important executives.

During her surprise visit to the employee store, Campbell worked in the warehouse for three hours. He chatted with employees and customers. He even packed goods.

“I couldn’t use the crate because I wasn’t trained,” he joked.

On a recent sunny day in May, Campbell, wearing a pair of Adidas Futurecraft 4D sneakers, toured every corner of the company’s 17-acre North American campus before sitting down with Insider. After four months of work, he explained his plans for the market, which include a focus on direct sales and big bets on Foot Locker, Jerry Lorenzo and basketball.

While Adidas has seen a 13% increase in sales over the past calendar year in the region, that’s a far cry from the explosive gains it reported between 2015 and 2017, when sales soared, on average, by more than 24% per year, thanks to a series of hot sneaker releases.

“They had their moment in the sun with the Superstar and the Stan Smith and a couple of new products like the Ultra Boost and the NMD,” said Wedbush analyst Tom Nikic. “But they kind of got to a point where they were struggling to find the next big thing. The growth in North America over the last two years has been good, but they haven’t been able to reduce the market share gap compared to Nike.”

Campbell sees plenty of room to grow in North America. For him, unlocking this growth starts with understanding and connecting with the company’s employees and customers, hence the outgoing management style, which was also evident during visits to the distribution center and at the company’s offices in New York and Los Angeles.

Before sitting down with Insider, Campbell grabbed a coffee in the middle of one of two on-campus restaurants.

“How are you?” he said to a sea of ​​employees as he waded through a crowded cafe hours later.

Campbell apparently greeted everyone who crossed his path that day. He even took impromptu selfies with a group of the company’s up-and-coming executives.

“Being ubiquitous is my job,” Campbell said when asked if he’s gotten into the habit of mingling so much. “My role is to involve our employees. My role is to make them understand the company’s values.”

Business once doubled. Can he still double?

Campbell grew up in the UK, where he ran track and competed in the triple jump, even clocking an impressive 11.4 seconds in the 100 metres. He also played football and basketball.

Starting with King, Germany-based Adidas has prioritized North America. And to some extent, it worked.

During an hour-long chat with Insider, Campbell barely deviated from Adidas’ previously announced corporate strategy, “Own the Game,” which the company announced in March 2021.

Like its competitors, Adidas is focused on growing direct sales, doubling down on digital and making its products more sustainable. Campbell also sees opportunities in name, likeness and likeness deals with amateur athletes and virtual goods, or non-fungible tokens, but he’s mostly focused on the big picture.

“We’re looking at it,” he said of the company’s launch of NFT. “However, we also have a core business to focus on.”

In May, Adidas announced an agreement with Foot Locker. As Foot Locker reduces its reliance on Nike, it opens up shelf space for other brands like Adidas and Reebok. Adidas wants to triple its Foot Locker business to $2 billion by 2025, including stores in North America, Europe and Asia. The deal will be particularly focused on basketball.

Wedbush’s Nikic said the Foot Locker deal could help Adidas bridge some of the gap with Nike.

“Part of the reason there’s this huge disparity in market share between the two brands is that when you look at Foot Locker, the largest sneaker retailer in North America, Nike accounted for 70% of sales, and Adidas was at a mid to high figure,” he said. “When Nike is 10 times bigger than Adidas at the largest sneaker retailer in the United States, that’s a big hurdle for Adidas to overcome. If they can get the 25% penetration they’re aiming for Foot Locker, this will be very meaningful. . The question is, will they have the right product to support it?”

To add buzz to the product line, in December 2020 Adidas announced a partnership with renowned designer Lorenzo and his label Fear of God. Lorenzo has been named Designer of the Year 2021 by Footwear News.

His work will be the cornerstone of Adidas’ basketball efforts. As part of this, Adidas moved its basketball branch from Portland to Los Angeles. A new Adidas office in Los Angeles is set to open in early July.

Campbell said the Adidas Fear of God line will launch later this year. He acknowledged the growing enthusiasm for the collection, but declined to share details. While Lorenzo only teased a few garments, fashion blogs speculated that the line will expand to include everything from slides to mesh shorts.

“All I would say to you is it will be amazing,” Campbell said.

Lorenzo and Fear of God could give the whole company a boost, Nikic said.

“Sometimes a collaboration that may not be that big from a business perspective can create a halo for the rest of the brand,” he said.

“Jerry Lorenzo did a collaboration with Vans about seven or eight years ago before Vans got really hot,” Nikic said. “Soon after, Vans started to take off like a rocket. These collaborations, which are relatively small from a revenue standpoint, can be triggers for building brands.”