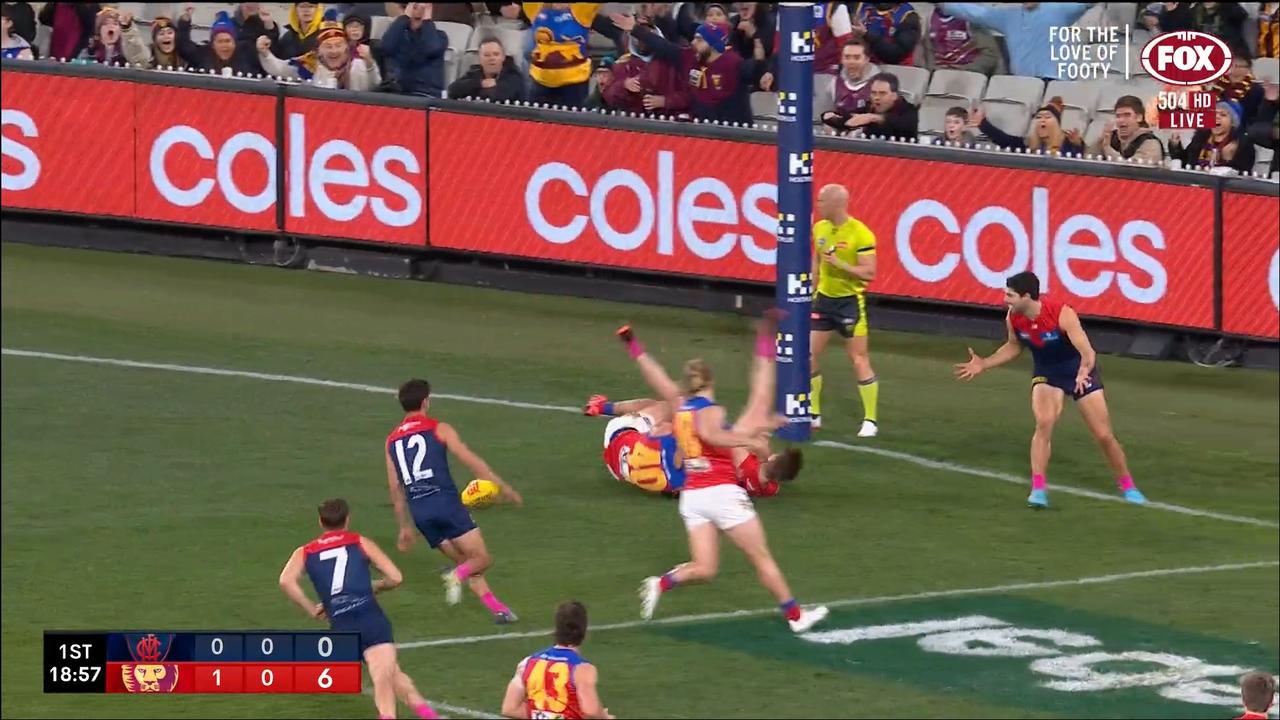 Demons star Christian Petracca was visibly stunned when a teammate did the unthinkable in a “terrible” moment you rarely see.

Demons star Christian Petracca was visibly stunned the moment Bayley Fritsch refused to give him a handball in front of goal.

It was a nightmarish 12-point turnover for the Demons in the first quarter as the Lions went up the other end and scored a quick goal just a minute after Fritsch squandered a certain goal.

Fritsch picked up a loose ball and had Petracca on his left side, but he opted to run the ball himself before being knocked down from behind by Jack Payne.

After shouting for the ball, an exasperated Petracca showed his frustration as he held out both arms to let his teammate know he had been wide open.

It was not the start Melbourne wanted after three straight defeats.

“He didn’t give it away. He got caught by Payne. He refused to give the handball to Petracca, who is absolutely stunned that he didn’t get the handball,” Brian Taylor said on Triple M.

“And that sums up the last month in Melbourne for me.”

Kangaroos legend Wayne Carey said: “It’s the difference between a premiership team and not so.

“They would have given that last year to BT. You have to give that ball. If Petracca gets that ball back he runs and hits that easy goal.

Josh Jenkins said on SEN: “You don’t see this from Melbourne. It’s awful.”

The club are desperate for the return of Max Gawn, who is still weeks away with a serious ankle injury.

Melbourne, which was unbeaten after the opening 10 rounds of the season, lost three games in a row and faced the fallout of an altercation between Steven May and Jake Melksham.

May was suspended and Melksham required hand surgery.