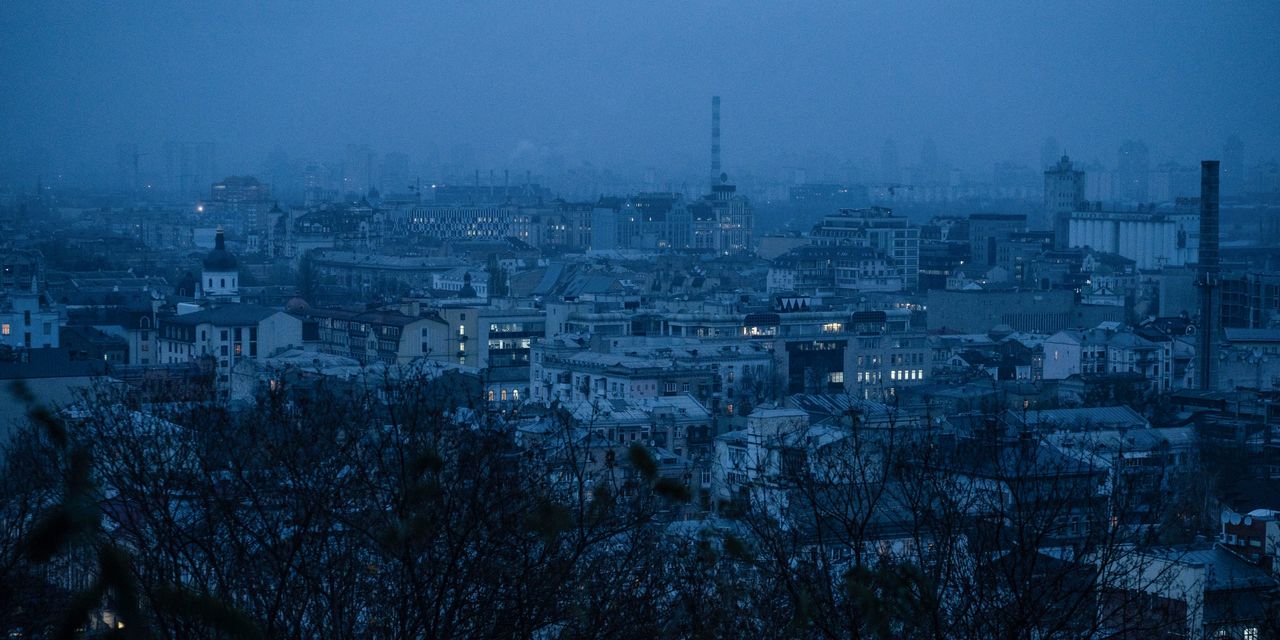 Senior US officials have begun pushing Kyiv to start thinking about peace talks in case winter slows its momentum, after Ukraine recaptured Kherson in one of its most stunning triumphs of the war. .

The impending winter – coupled with fears of inflation spurred by rising energy and food prices, the billions of dollars in armaments already pumped into Ukraine, and the tens of thousands of casualties from both sides – prompted Washington to talk about a possible inflection point in the war, now in its ninth month.

The United States and its allies pledge to continue supporting Ukraine, but senior officials in Washington are beginning to wonder aloud how much more territory can be won by either side and at what cost. Some European officials, meanwhile, are more optimistic about Ukraine’s chances.

“There must be a mutual recognition that military victory, in the truest sense of the word, may not be achievable by military means, so you must look to other means,” Gen. Mark Milley, chairman of the Joint Chiefs of Staff and the top military officer in the US military, told the Economic Club of New York on Wednesday. “There is also an opportunity here, a window of opportunity, for negotiation.”

The prospect that Ukraine will not make major gains on the battlefield in the coming weeks has led U.S. and some European officials to wonder when public pressure will emerge to demand a settlement.

“We tell the Ukrainians it’s up to them when to do it,” said a Western European official, referring to the potential for talks. “But it might be a good idea to do it sooner.”

US officials, for their part, don’t think now is the right time, but more believe the coming weeks and months will be a good time to talk about talks.

The United States and some of its allies fear that their stockpiles of weapons, including some ammunition, are running out at an unsustainable rate. US military support for Ukraine this year, now approaching $19 billion, has far exceeded European aid.

“We are seeing real, practical problems in making military progress, we are seeing ammunition shortages,” another Western official said.

On the same day General Milley spoke of an opportunity for talks, President Biden also suggested that the time may soon be right.

Washington has signaled to Ukraine that at a minimum, Kyiv must appear open to a negotiated solution. Mr. Biden’s national security adviser, Jake Sullivan, delivered this message to President Volodymyr Zelensky and his lieutenants in Kyiv on November 4, suggesting that Kyiv would gain influence by showing openness to negotiations, people say. close to discussions.

Two European diplomats briefed on the talks said Mr Sullivan recommended that Mr Zelensky’s team start thinking about their realistic demands and priorities for negotiations, including a reconsideration of their stated goal for Ukraine to win back Crimea, which was annexed in 2014.

Administration officials, including Mr. Sullivan, continue to state in public that Washington will not press Kyiv on a diplomatic path, a practice that puzzles US allies in the North Atlantic Treaty Organization. State Department officials briefed some European partners in Washington last week to allay concerns about a change in approach, according to two senior European officials.

“It is our job to put them in the best position on the battlefield so that when and if there is an opportunity for diplomacy, they are in the best position at the negotiating table,” Mr. Sullivan on Thursday. “The United States is not putting pressure on Ukraine. We don’t insist on things with Ukraine.

Ukrainian forces entered the southern city of Kherson on Friday after Russian troops completed their withdrawal from the regional capital, in one of the Kremlin’s biggest strategic and symbolic defeats since launching its invasion. The Ukrainian advance is the second sudden change in the war in less than three months. Ukrainian forces recaptured a swath of territory in the northeast of the country in September. The recent advance likely ends Russia’s prospects of advancing toward Odessa, Ukraine’s largest coastal city and port.

As Ukrainian troops gain ground, Mr. Zelensky and his top aides have publicly warned that continuing peace talks with Russian President Vladimir Putin would amount to unnecessary surrender. Some of the United States’ European allies have said Ukraine’s advances leave Kyiv with little reason to submit to Mr Putin’s demands.

They believe that Ukraine can retake more territory if Western arms continue to flow, thus strengthening its position in possible negotiations. Washington’s new pledge of an additional $400 million in security aid has bolstered European confidence in US support for the Ukrainian military.

“As the West, we have to be extremely careful not to pressure Ukraine because we know this war was started by Russia and this war can be over in a minute if Russia just decides to stop. ‘put an end to it,’ Latvian Defense Minister Artis said. Pabriks.

Officials from some European countries, particularly in the east and north, have said publicly pushing for talks could harm Ukraine’s efforts and serve Russia’s goals of splitting the alliance.

“We need to talk about the cost of peace,” said a northern European official. If the war ends now, “the message Ukrainians would get is that their fight was meaningless. The message that Russia would receive is that it is time to redevelop and rebuild economically. nobody believes [Russia] will stop until they reach their strategic objective.

A personal guided tour of the top scoops and stories every day in The Wall Street Journal.

Mr Putin said Russia was open to peace talks and argued that if Washington ordered Mr Zelensky to sit down for negotiations, Kyiv would. With the latest setbacks on the battlefield, Western officials said the Kremlin appears to have given up on its previous preconditions for the talks, such as agreeing to Russia’s annexation of Ukrainian territory.

Still European and American officials said they saw few signs that the Kremlin was interested in serious talks. At a Group of Seven meeting earlier this month, foreign ministers agreed that it was up to Ukraine to decide when the military and political conditions were right to call for a ceasefire and continue the negotiations, participants at the meeting said. The ministers said in a statement afterwards that the Kremlin’s call for peace talks was not credible as Mr Putin continues to escalate the war.

On Monday, Zelensky said Ukrainian conditions for the talks included returning Ukrainian control over its territories, compensating Kyiv for invading Moscow and bringing perpetrators of war crimes to justice.

The differing assessments of the prospect of Ukraine gaining more ground in the coming winter months are key to differences among allies over the urgency with which diplomacy must be pursued.

Some NATO allies believe that Ukraine will find it difficult to make major breakthroughs, as it attacks more urbanized areas closer to Russia, and where Russian forces have been present longer and have had time to strengthen their defenses. Meanwhile, Russia has pounded Ukraine’s civilian infrastructure in recent weeks, imposing blackouts and electricity and water shortages on millions of Ukrainians.

Others, more confident in Ukraine’s chances, do not believe the fighting will stop. The country’s growing arsenal of air defense systems has become more effective at intercepting missiles and drones.

A Western diplomat said some European partners feared Washington could push Ukraine into talks before its troops could make further gains.

—Max Colchester in London contributed to this article.

Write to Gordon Lubold at gordon.lubold@wsj.com, Nancy A. Youssef at nancy.youssef@wsj.com, Laurence Norman at laurence.norman@wsj.com and Drew Hinshaw at draw.hinshaw@wsj.com