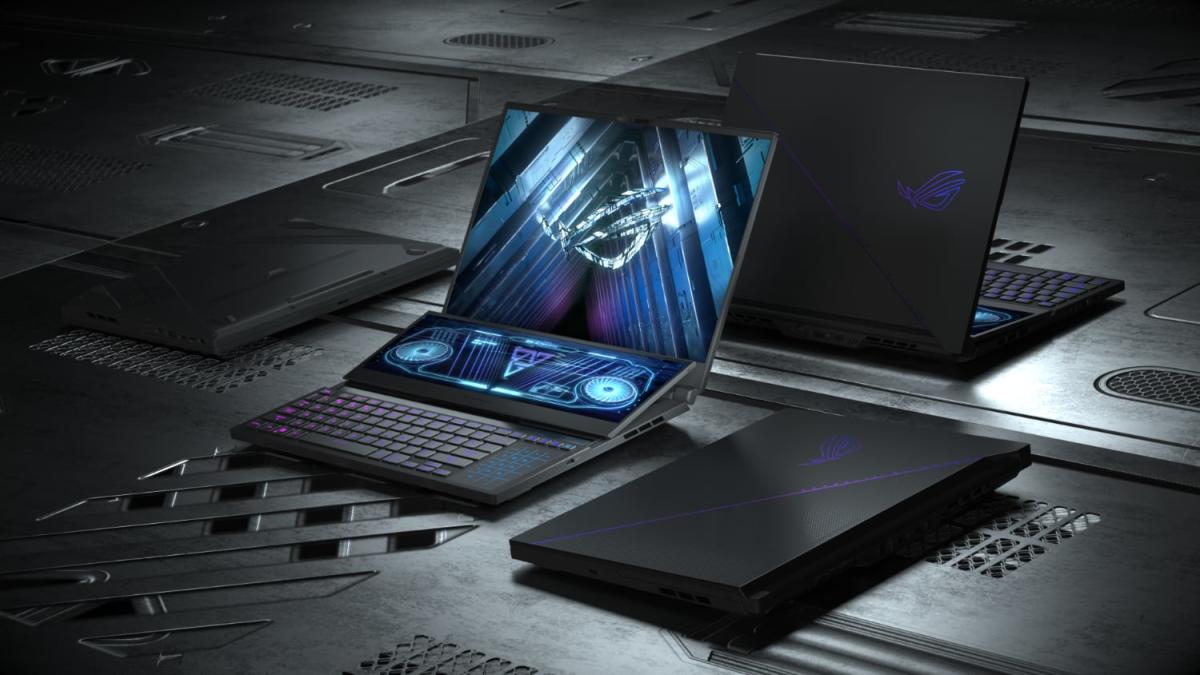 ASUS is refreshing its gaming laptops with HDR Mini LED displays, better cooling, and updated processors and graphics. However, since the company has yet to announce pricing, it’s harder to discern the value of the latest models.

The Nebula screen is found in more models than ever this year. This company brand denotes displays with high frame rates (120Hz for 4K and QHD displays and 240Hz or higher for 1080p), bright backlights, and vivid colors. Meanwhile, the new Nebula HDR variant is like an ultra-premium version showcasing Mini LED panels. For example, the Strix SCAR 16’s Nebula HDR display is a Mini LED with 1,024 dimming zones (twice as last year’s model) and a 240Hz refresh rate. Although we don’t yet know the price, it’s a safe bet that these models will fetch the highest price.

The new laptops, which will launch in Q2, also come with updated 13th Gen Intel or AMD Ryzen Zen 4 processors, depending on your configuration. NVIDIA’s new GeForce RTX 40-series laptop GPUs power the graphics in the optimized variants of the new machines.

ASUS has added “intelligent cooling” to several new models, including the Zephyrus M16 and Strix models in 16-inch and 18-inch variants. The company accomplished this by using a full-width heatsink covering the rear of the device. ASUS has also added a third cooling fan to other models. (It was first seen in the Flow X16 from 2022.) This additional fan improves airflow to the GPU and other internal hardware.

The Strix SCAR range, which ASUS calls “performance flagships”, has 16- and 18-inch screens larger than their 15- and 17-inch predecessors (including Nebula HDR in the more expensive tiers). Additionally, ASUS claims that this year’s cooling improvements allow these models to increase frame rates. Meanwhile, the Strix G16 and G18 are slightly less high-end (likely cheaper) equivalents to the Strix 16 and 18 with the same CPU and GPU options.

ASUS is also updating its light and thin Zephyrus line. ROG Zephyrus M16 features a Nebula HDR display. Like several other models, the high-end models include a MUX switch and NVIDIA Advanced Optimus. They bypass the machine’s integrated graphics, using discrete graphics almost instantly. The full-width heatsink and tri-fan technology also allow it to run 25 watts more than the 2022 version.

Meanwhile, the Zephyrus G16 has the same processor and graphics options with a QHD Nebula display supporting 240Hz. Its little brother, the Zephyrus G14, gets a Nebula HDR panel with 504 dimming zones and 600 nits of brightness. maximum.

ASUS Duo 16 is the latest iteration of its original line of dual-screen laptops. Like the 2022 model, the updated version has a 16-inch Mini LED panel as the main display with a smaller 4K screen below for multitasking. It also joins other models in offering the new NVIDIA graphics and MUX switch in the higher end models.

The company has also updated the ROG Flow, its 2-in-1 tablet PCs for gamers. The Flow X13, featuring a 360-degree rotating hinge, features a 13-inch Nebula display supporting a 165Hz refresh rate. Additionally, ASUS has redesigned its chassis, making it 10mm smaller and increasing its battery capacity (from 62 to 75 Wh) while maintaining the same keyboard layout. The company has also enlarged its touchpad and redesigned the 2-in-1 hinge with better ventilation and easier grip.

The X13’s bigger companion, the Flow X16, features an HDR Mini LED touchscreen display with a 240Hz refresh rate and 1,100 nits peak brightness. Additionally, all ASUS 2023 Flow devices use Corning’s Gorilla Glass DXC, which can increase hardness by 40% and reduce glare. Meanwhile, the Flow Z13, a Microsoft Surface-like detachable for gamers, is updated with new Intel and NVIDIA components and a QHD Nebula display with a 165Hz refresh rate.