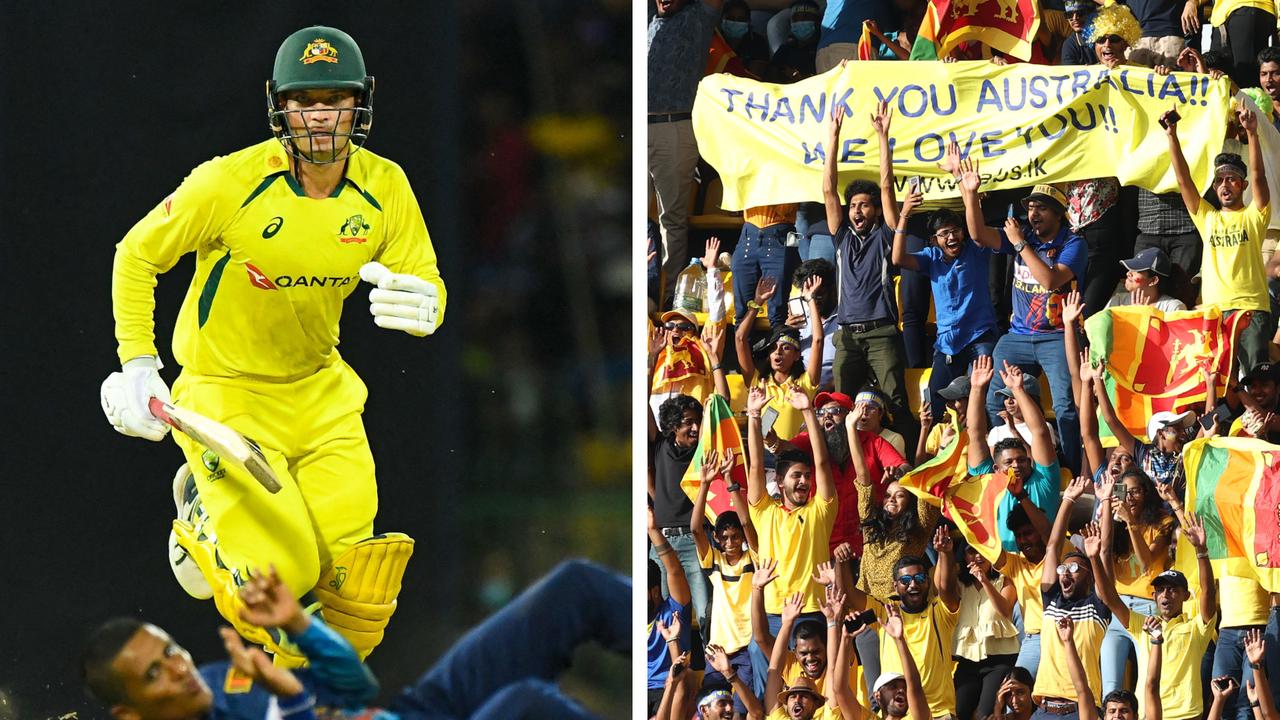 Australia beat the hosts for 160, a tricky total on a Colombo bowling green, the tourists were overhauled with 10.3 overs to spare.

The match was marked by touching scenes as the crowd dressed in yellow, carried signs thanking Australia for their tour and even started singing for the tourists.

Chamika Karunaratne hit a valiant 75 for Sri Lanka, who won the five-game series 3-2 after taking an unbeatable lead in game four.

Australia were struggling at 3-19 and then 4-50 when southpaws Carey and Marnus Labuschagne, who made 31, put on a key 51 position to set up the chase.

Earlier, Sri Lanka slipped to 8-85 ahead of Karunaratne, who bettered their previous best ODI of 44 not out, and debutant Pramod Madushan put on a stubborn 58 for the ninth wicket.

The tourists had quickly shaken up the Sri Lankans after Hazlewood retired the openers inside five overs and finished with numbers at 2-22.

Charith Asalanka was worn out for 14 after a misunderstanding with partner Kusal Mendis, who made it 26 but was knocked out from Glenn Maxwell’s wicket on the next ball.

Kuhnemann, a left-arm spinner, then struck twice in one, including skipper Dasun Shanaka for one as Sri Lanka slipped further at 8-85.

But Karunaratne fought back as he reached his first ODI fifty with a boundary off Cummins to celebrate with a fist pump.

Cummins eventually released Karunaratne, who hit eight fours and two sixes in his stay, to wrap up the innings.

Wellalage, 19, brought out Labuschagne lbw to break the fifth wicket stand and then knocked down Maxwell to raise hopes of another Sri Lankan fight back.

But Carey stood firm alongside Cameron Green, who went 25 unbeaten, as the pair scored 43 points to lead the team home.

The hosts bounced back from their first loss to claim three straight wins and claim their first ODI series win against Australia in more than a decade.

Both teams now head to Galle for two tests from June 29.