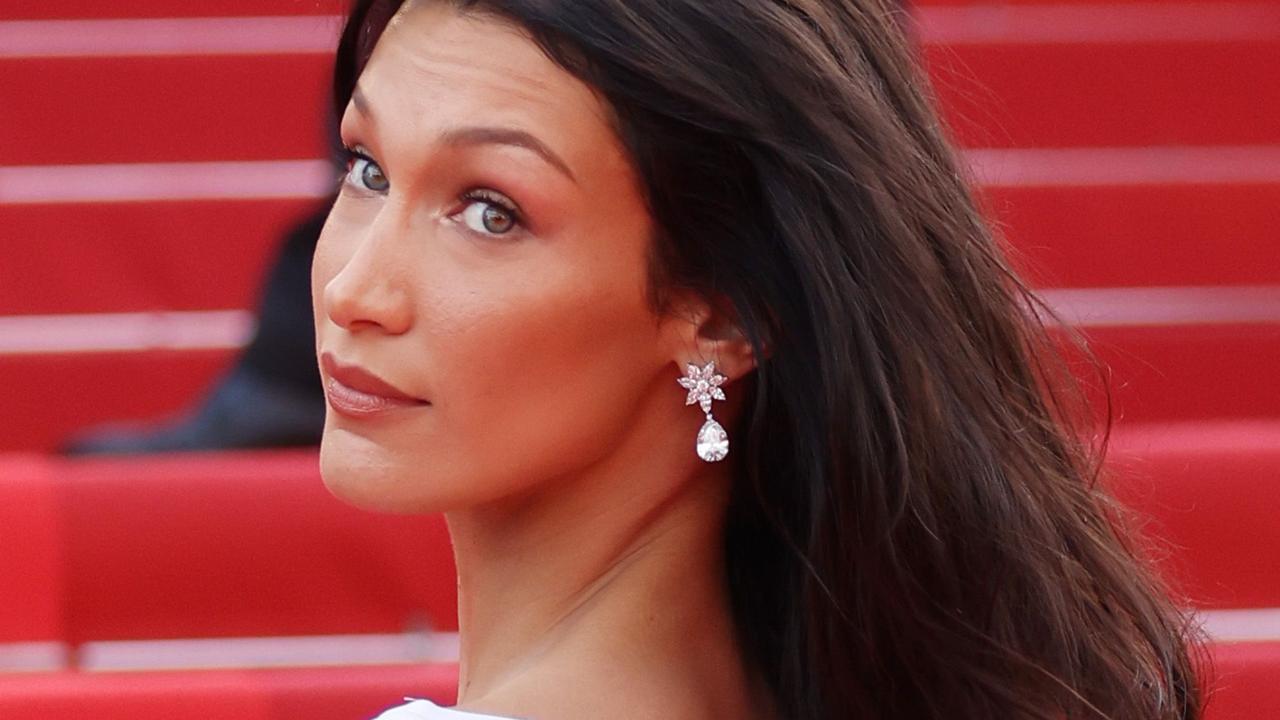 The Victoria’s Secret supermodel looked breathtaking as she hit the red carpet in Cannes, showing off a cheeky detail in her rare vintage dress.

Bella Hadid looked every inch the supermodel at the Cannes Film Festival today.

The US stunner, 25, vetoed her signature revealing gowns at the iconic event and opted for a breathtaking vintage white Tom Ford-era Gucci gown.

Of course, the classic dress still featured a cheeky detail, with a cut-out on the hip fit with a gold buckle ‘underwear’ feature.

Vogue reports the ultra-rare slip dress is from the fashion house’s fall 1996 collection, and is virtually impossible to source.

Fashion writer Liana Satenstein wrote, “The iterations [of the dress] I have found are priced at $15,000 and upwards.”

The former Victoria’s Secret model has become a fixture on the red carpet at Cannes over the years, often proving a fashion highlight in daring couture pieces.

Last year she turned heads in a racy gown fit with an expertly-positioned gold bra on her chest.

The Cannes Film Festival, held on the French Riviera, officially wraps up on May 28, local time.

This year’s showing featured a special tribute to US actor Tom Cruise, whose film Top Gun: Maverick premiered at the festival.

He was also awarded a Honorary Palme d‘Or award.