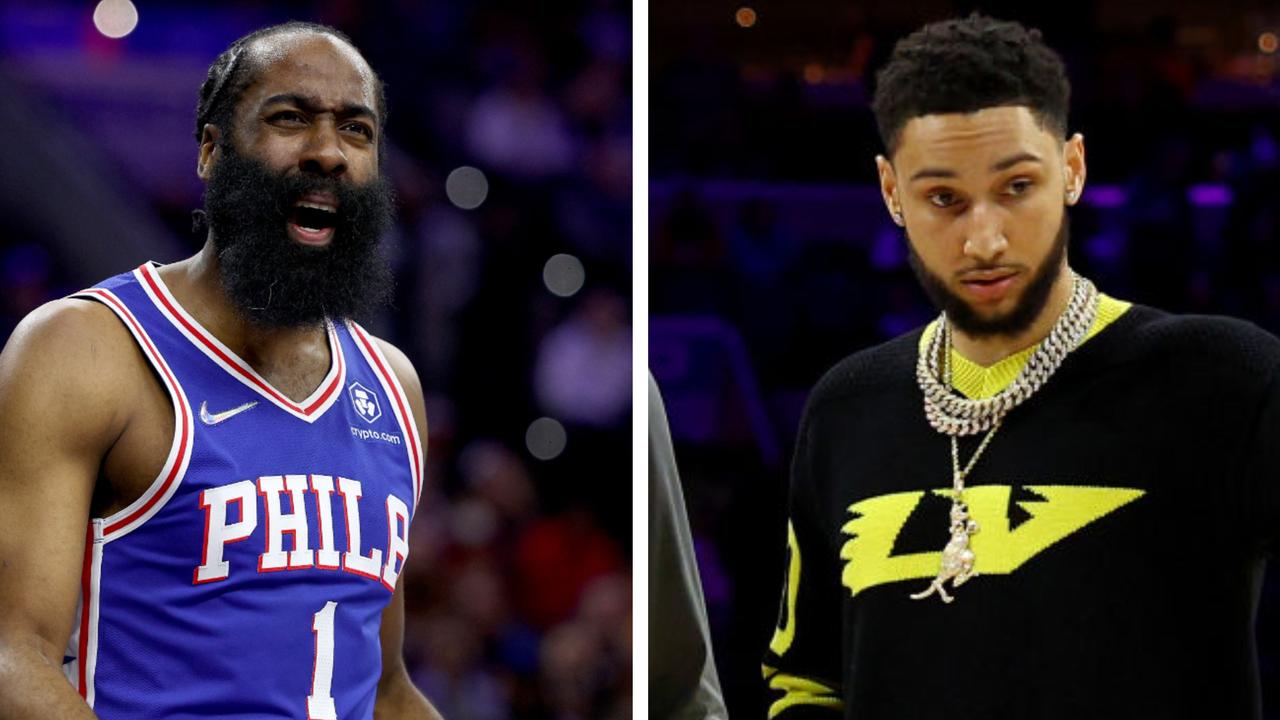 The basketball world has responded to the Brooklyn Nets and Philadelphia 76ers’ eventful showdown on Friday (AEDT), with the game itself an afterthought at times.

It marked Ben Simmons’ much-anticipated return to Philadelphia since being traded for James Harden last month that ended an ugly season-long stalemate, while the latter faced off against Kevin Durant and co. for the first time.

Although Simmons didn’t suit up as he pushes towards full fitness, he was still the subject of vicious treatment from his former fans during warm ups and from the bench, booing him and chanting ‘f*** you Ben Simmons.’

Watch the 21/22 NBA Season with ESPN on Kayo. Live coverage every week plus every game of the NBA Finals. New to Kayo? Try 14-Days Free Now >

Meanwhile, Philadelphia’s prized recruit Harden struggled with just 11 points on an inefficient 3-of-17 shooting effort, and by the end of the game, Sixers supporters were booing their own side amid the ugly blowout.

Simmons even copped it before the game from some Philly locals while signing autographs outside his hotel, then again when he got on the team bus traveling to the arena, while some fans had to be removed from the game.

It left Australian basketball legend Andrew Gaze appealed by the treatment he received.

“Ben Simmons was there and copping abuse,” Gaze told SEN’s The Run Home.

“Everyone will have their opinion about Ben Simmons, but if you’ve seen anything on his social media of him going from the hotel to the bus – the disgusting, vile, vitriolic, pathetic comments that were being hurled at him – and then during the game, he was sitting on the bench with his teammates and a few people had to be removed from the facility.

“If you want to yell and scream and boo and hiss – knock yourself out – but there is always a line which you cannot cross – and it was just disgusting the way in which some people feel just because you’re good at basketball and you ‘ve had a dispute with your club that allows people to use that type of language.

“It’s disappointing and it’s a blight on humanity that those types of comments and that type of abuse still goes on in this day and age.”

Others highlighted how in the end, Simmons got the last laugh, literally, before exiting to the locker room without acknowledging any of his ex-teammates.

“It would’ve been a better night if Ben was playing,” O’Neal said on TNT’s pre-game show.

“I give him credit for going out there, I wish he was playing.

“He had to go and I’m glad he’s sitting on the bench.

“If he didn’t, that would’ve told me a lot about him.”

On the Sixers side, Harden, long targeted by the franchise’s president Daryl Morey, was probed for his down performance despite moving into third place on the all-time three-pointers made list.

“James is developing a reputation — and James is a terrific player — when the lights are the brightest, he has played awful. The thing about being a great player, you don’t have to play great, you just can’t stink up the joint. And he stunk up the joint tonight,” Barkley told TNT post-match.

“The Sixers have to win a championship in the next two years, or that’s going to go down as one of the worst trades ever.”