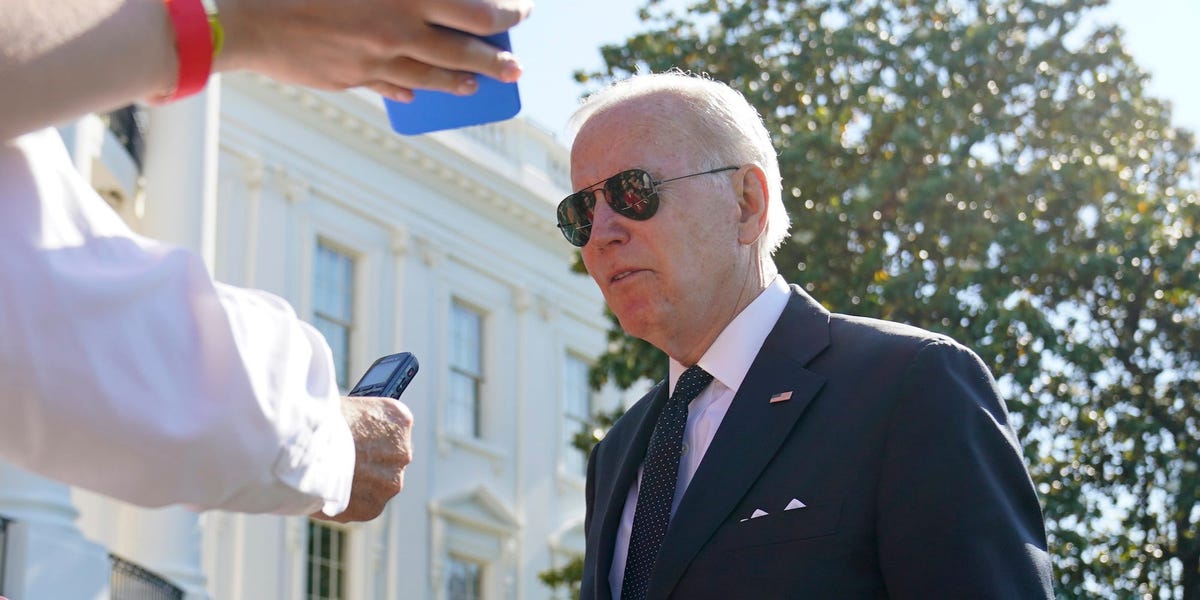 President Joe Biden has confirmed that a decision that will impact millions of student borrowers is on the horizon.

While walking along the water in Rehoboth Beach, Delaware, on Monday, Biden took a few minutes to chat with the press about topics ranging from collective bargaining to gas discount cards. He also acknowledged his long-awaited student loan forgiveness announcement. Recent reports have suggested Biden is considering $10,000 in relief for borrowers earning less than $150,000 a year, and while the White House hasn’t publicly confirmed any plans, Biden told reporters that “yes,” he is about to make this announcement.

A reporter also asked the president if he was considering another extension of the student loan payment break, which is currently set to expire after August 31.

“Everything is on the table right now,” Biden replied.

The Wall Street Journal recently reported that Biden plans to announce student loan relief in July or August, closer to when student loan payments are expected to resume. It came after Biden told reporters in April that a decision on canceling the loan would be made “within the next two weeks.” Since then, advocates and many Democratic lawmakers have pushed for the president to use that time for big relief, rather than sticking to the $10,000 he pledged on the campaign trail.

New York Rep. Alexandria Ocasio Cortez, for example, has previously said Democrats “can do better” than $10,000 in debt forgiveness, and she wrote on her Instagram Story last weekend that “there “There are policies where a halfway approach is kind of a waste because it’s not much better than nothing, and resources are better spent elsewhere. We push for people to actually reap the benefits of a policy.” , referring to the cancellation of student loans.

Massachusetts Sen. Elizabeth Warren, who pleaded for $50,000 in relief, told the Philadelphia Inquirer that amount “was a number to get the most relief for the most people.” Biden said in April he wasn’t considering $50,000 in relief, but Democrats like Warren have always continued to push for a bigger amount.

“You said you are ready to act on student loan forgiveness, but you can only be ready if you know the plan; therefore, please describe, what is that plan?” The top Republican on the House Education Committee, Virginia Foxx, wrote to Cardona.

Cardona said a few weeks ago he was “ready to roll” with whatever Biden decides, but he noted last month that “at some point people are going to have to start paying whatever they can. afford to pay”.