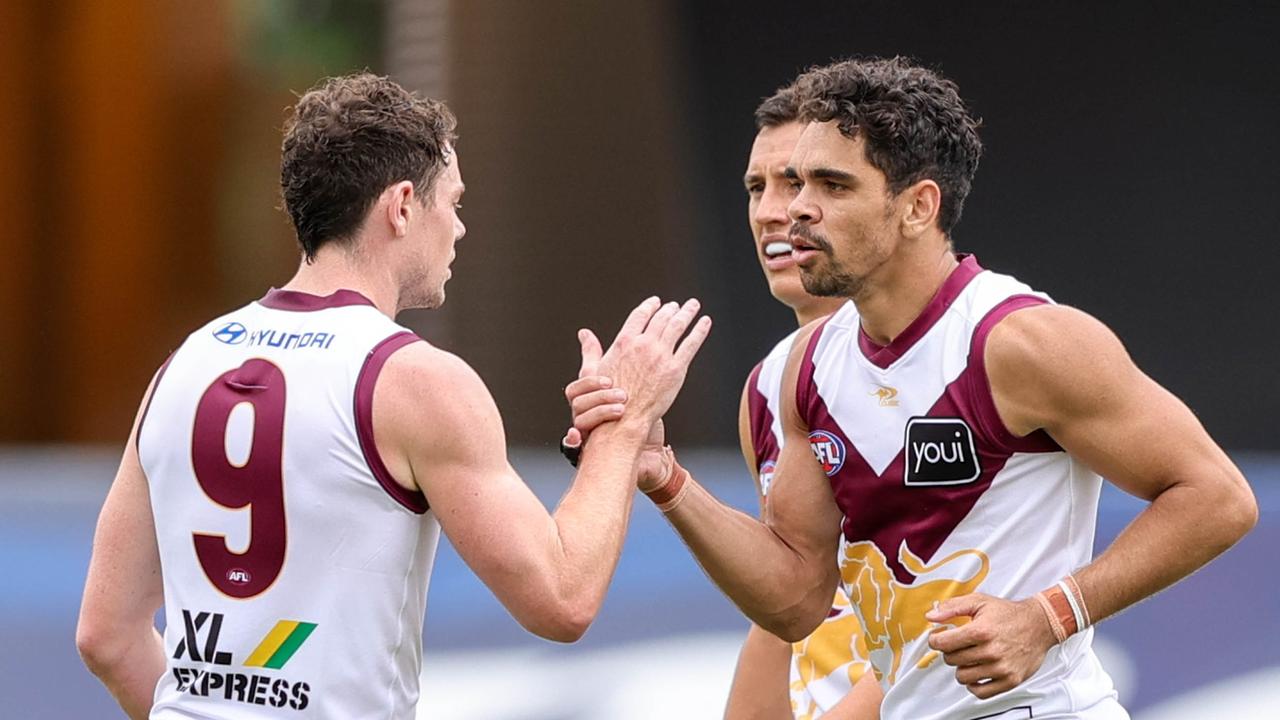 The Brisbane Lions have flexed their muscle to brush aside the Adelaide Crows with ease at Metricon Stadium, claiming a big 88-point win on Friday.

Brisbane picked a strong squad for the pre-season clash and the young Crows side was simply no match in the contest, but will be better for the experience.

Lachie Neale, Zac Bailey and Jarryd Lyons were dominant while Cam Rayner, returning after 12 months out of the game, grew into the match and ultimately produced a fine display.

In slippery conditions after plenty of rain, the Crows focused heavily on handballing from the back early in the game.

Daniel Merrett said at the time: “I like the way the Crows are going about it. They are using a lot of handball coming out of their back half, which in these conditions is an interesting ploy – being so slippery…

“The Crows are being competitive. I think the Lions class and maturity is probably putting them in front at the moment but the young Crows are having a crack.”

But the Lions responded in the second quarter in devastating fashion with a run of five-straight goals as their big bodies began to assert themselves on the contest.

The Crows scored two quick goals to start the second half — including the first goal for promising rookie Josh Rachele who impressed — but the comeback was swiftly quashed.

Brisbane turned the screws and promptly kicked seven goals straight in the quarter to take the game away from the Crows, who showed a lack of discipline in giving away several free kicks during the second half.

Follow Brisbane v Adelaide and every AFL practice match in our live blog below!