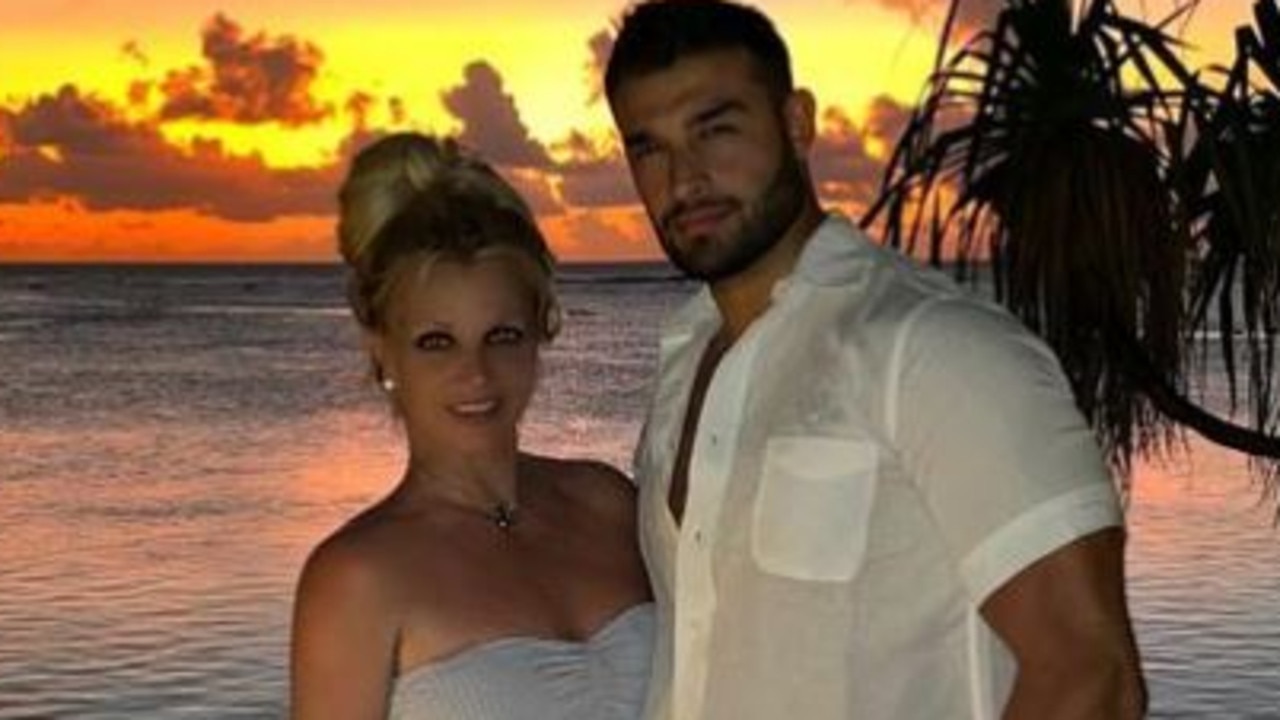 Britney Spears has appeared to quietly confirm her marriage to Sam Asghari in a cryptic Instagram post after celebrating his 28th birthday.

Britney Spears appears to have quietly tied the knot with her long-time beau Sam Asghari.

The star shared a cryptic Instagram post on Friday about baby turtles, but instead of referring to Sam as her fiance like she normally would, she for the first time, called him her husband.

“My husband Sam Asghari sent me this,” part of her latest Instagram post, which included a video of baby turtles being released on the beach, read.

The pair have been on a romantic getaway together and celebrated Sam’s 28th birthday yesterday, partially on board a plane with a mystery destination.

Britney’s previous post was a photo of the couple together with the caption: “Happy Birthday to my fiance … I love you so much️ … I want a family with you … I want it all with you”.

In a comment, Sam replied saying, “Millions of things to wish for. ️I only have one wish”.

The popstar’s subtle announcement sparked a wave of excitement from fans, with countless people picking up on her sneaky choice of words.

“Husband? Did y’all get married?” one wrote, among an army of people who simply wrote, “husband?”.

“This is Britney telling she is married,” another proclaimed, with someone else saying: “Husband? Did you get married? If so, congratulations.” ️

“OMG you changed your caption from fiance to ‘husband’ … girl! Yas!” another wrote.

Britney and Sam first met on the set of her Slumber Party music video in October 2016.

After they began dating he became a fixture among the audience during her Piece of Me residency in Las Vegas.

And he supported her after she spent 30 days in a mental health facility in spring 2019.

The Sun revealed last month that Britney had told a friend that she got engaged to Sam over Christmas of 2020 but kept it a secret until after her dad Jamie called for an end to her conservatorship in September last year.

Britney has been married twice before getting engaged to Sam.

She was wed to childhood friend Jason Alexander for 55 hours in 2004 after the pair tied the knot in Las Vegas.

The famous entertainer later wed backup dancer Kevin Federline and had sons Preston and Jayden with him before the couple divorced in 2007.