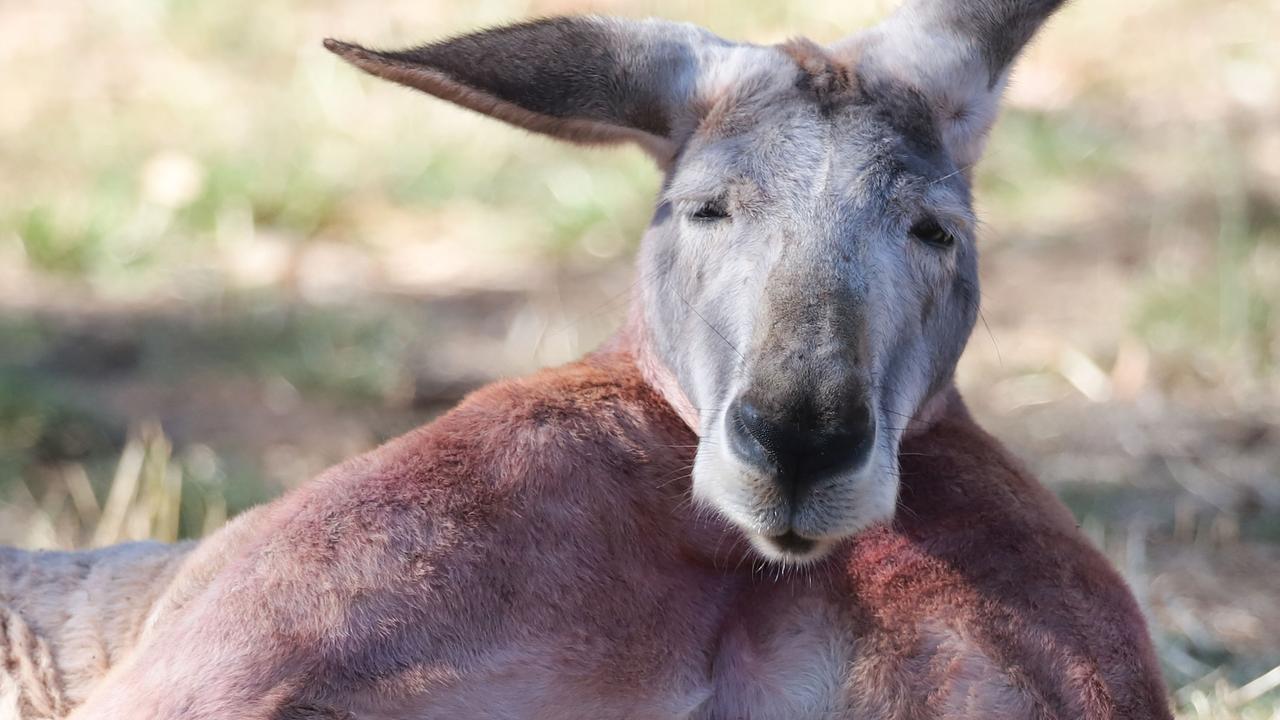 A ripped kangaroo in Australia is making waves among wildlife “buffs”, who are marvelling over the marsupial’s Arnold Schwarzenegger-esque physique.

The photos were posted to Instagram last year but are currently blowing up online, the NY Post reports.

“It has been one of the highest liked images on my Instagram account,” photographer Deborah Schutz, 50, told Caters News Agency.

She photographed the musclebound mammal in her hometown of Adelaide, South Australia.

The dance studio owner, who has photographed wildlife for decades, said she happened across the six-foot-five (almost two metres) red kangaroo while checking the animals at the Cleland Wildlife Park where she volunteers.

“I then came across this fellow, and he was just lazing in the sun under the huge gum trees,” said Ms Schutz of the red kanga, which is the biggest marsupial in the world, growing up to 90kg.

“He is a big red kangaroo. When he stands, he looks incredible. His muscles were certainly huge.”

Accompanying photos show Mr. Roo-niverse laying on his side displaying its rippling biceps, triceps, and abs as if posing for an Animal Kingdom bodybuilding magazine.

Needless to say, Instagrammers were floored by the kangaroo gun show.

“What a powerful torso, he looks formidable even at rest!” gushed one admirer, while another wrote, “It certainly shows the power and size of this species Deb!”

Some fans described the ‘roo as “old but buff” while one analogised the photo to “a sexy calendar shot”.

Despite the mammal’s impressive musculature, he is “quite gentle” according to Ms Schutz — although she “wouldn’t recommend making him feel threatened”.

“They will do what they can to protect themselves,” she said. “In the wild, never approach one, especially of this size, as he would feel threatened if you got this close.”

When they sense danger, these seemingly peaceful herbivores are known to box with their forepaws and stand on their tails and deliver vicious two-legged kicks. They can also hop at speeds of up to 70 km/h.

In 2019, a rogue red kangaroo went on a rampage through a village in Queensland, beating up three people, including a 72-year-old woman.