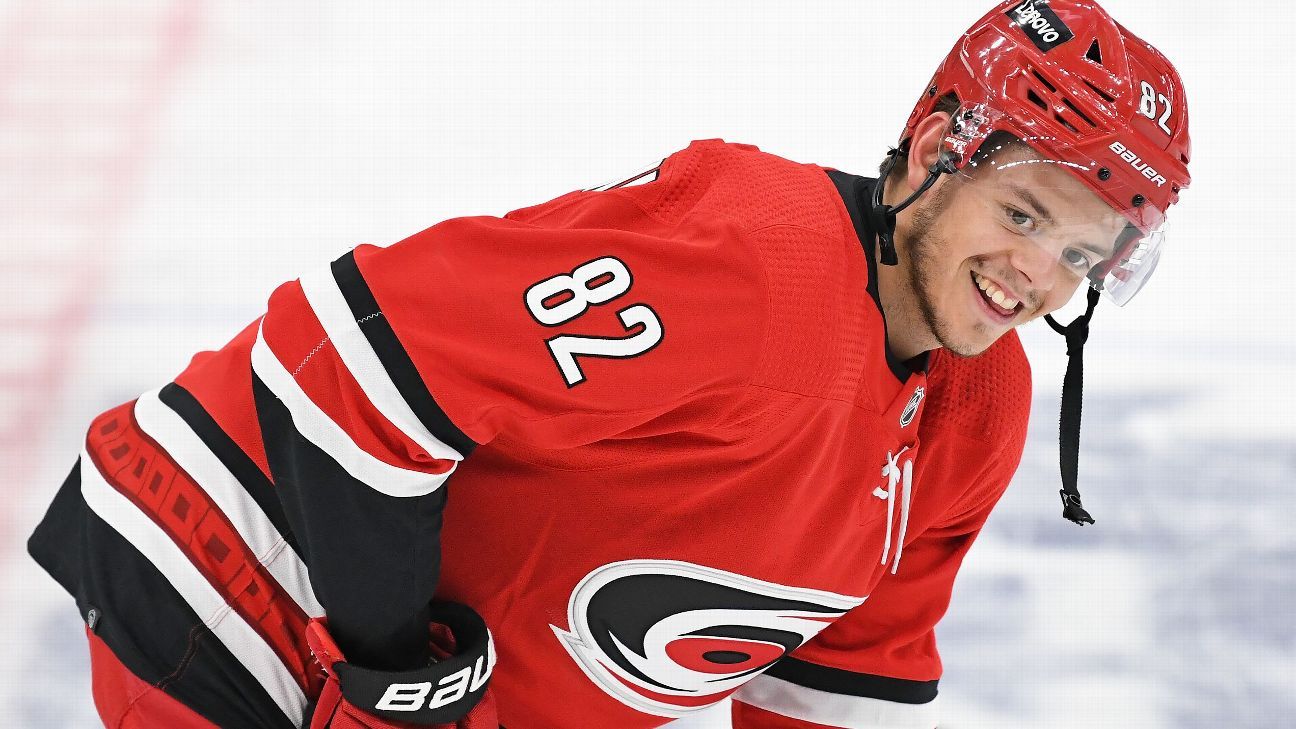 RALEIGH, NC — The Carolina Hurricanes, chasing the No. 1 seed in the Eastern Conference and looking toward a Stanley Cup this season, took a well-planned step Monday toward ensuring their future after this season as well.

The Hurricanes, leaders of the Metropolitan Division, signed forward Jesperi Kotkaniemi to an eight-year extension, which would keep the 21-year-old forward with the franchise through the 2029-30 season.

The team said the deal will have an average-annual value of $4.82 million. Carolina announced the deal on the same day the Hurricanes acquired forward Max Domi and defenseman Tyler Inamoto in a three-team deal ahead of the trade deadline.

The story behind the Hurricanes and Kotkaniemi is not your typical transaction in NHL parlance. They acquired Kotkaniemi in September, signing him as a restricted free agent to a one-year, $6.1 million offer sheet. The Montreal Canadiens, who selected the former No. 3 overall draft pick in 2018, opted not to match the deal in the league’s first successful offer-sheet acquisition since 2007.

It was a response to Montreal trying to poach Carolina’s Sebastian Aho the same way in 2019, though the Hurricanes matched the five-year offer sheet to keep him. But team president and general manager Don Waddell said the team wanted to reach a long-term deal with a player the team believes has good upside.

“We’re all confident he’s going to continue to grow his game, continue to learn and put up bigger numbers than even what he’s doing right now,” Waddell said.

The 6-foot-2, 201-pound Kotkaniemi is not playing a lot of minutes on a loaded offense. He typically takes the ice with the fourth line. He has 11 goals and 23 points. He’s averaging just 12:00 time on ice, but coach Rod Brind’Amour has said several times during the season that this is all part of his development plan.

The Hurricanes are chasing the Florida Panthers for the No. 1 seed in the Eastern Conference. If the season ended on Sunday night, they would have finished at No. 2 and had a first-round date with the Boston Bruins.

The Associated Press contributed to this report.