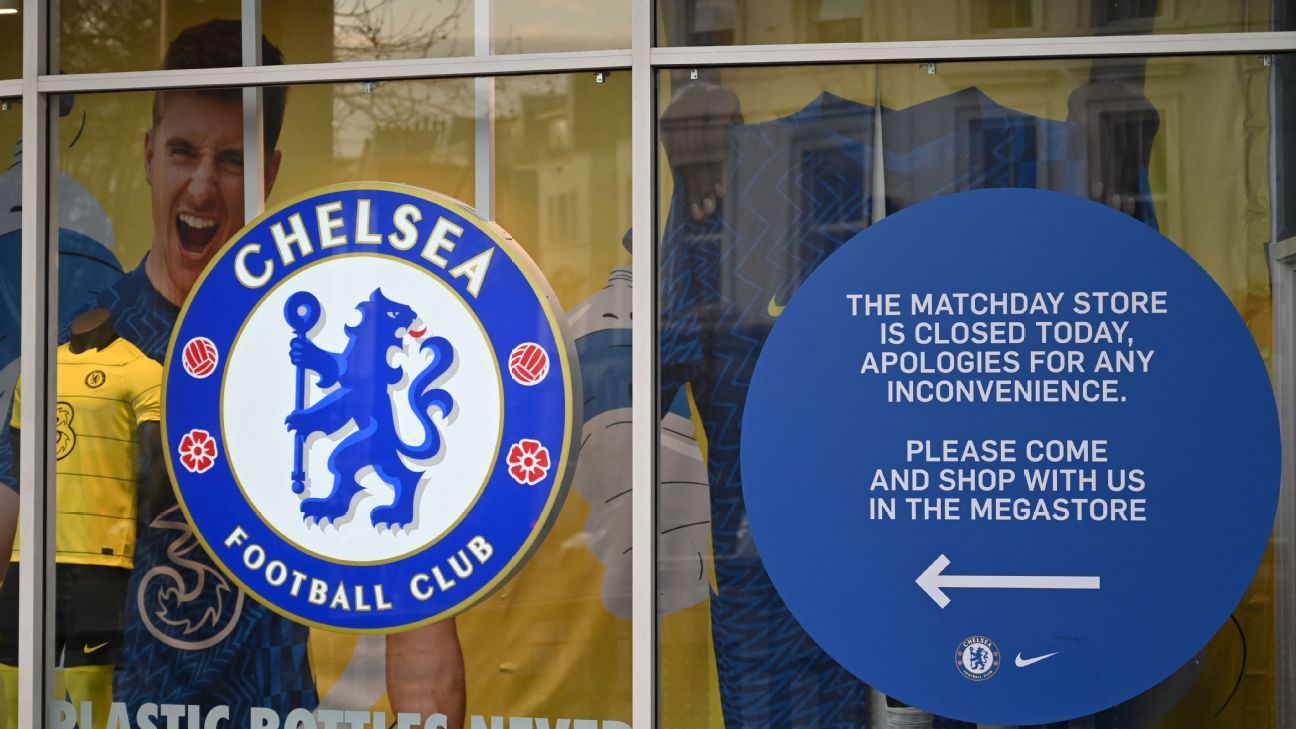 Chelsea’s ability to operate on a day-to-day basis was complicated further on Friday after Barclays temporarily froze the club’s credit cards, sources have told ESPN.

The news, which was first reported by The Times, comes after the club’s assets were frozen on Thursday following UK government sanctions on owner Roman Abramovich.

The Blues have been given a license to continue fulfilling fixtures and paying staff but are relying on cash reserves to function, with various revenue streams halted as part of the government action on Abramovich because of his alleged ties with Russia President Vladimir Putin.

Sources have told ESPN that the limitations on spending — which include a cap of around £20,000 ($26k) on travel to away matches and a £500,000 ($652k) limit on the cost of staging home games — have led Barclays to suspend the club’s credit cards for fear of breaching government rules.

The club remain in dialogue with the government over easing some of the restrictions and senior figures at Chelsea hope that their corporate credit cards will be unblocked in the coming days to allow greater financial freedom.

Talks are continuing about allowing the club greater access to generating revenue as there is concern Chelsea will not be able to generate sufficient funds to continue meeting its obligations if sanctions continue for a prolonged period.

The club’s latest accounts, published in December for the year ending June 30, 2021, showed a cash balance of just £17 million ($22.2m), a figure far below many of their rivals.

It remains a possibility that if the government decides not to make certain financial concessions, the club could technically become insolvent in the weeks ahead, which could trigger a nine-point deduction under Premier League rules.

However, Abramovich is expected to seek a separate license to sell the club, with interested parties asking to be kept informed of how a bid could proceed with government involvement.

Given the club is an asset frozen by the government, bidders will need approval from the Department of Culture, Media and Sport for any sale to go through.

Abramovich is now almost certain not to find a buyer willing to pay his £3 billion ($3.9bn) asking price given the current situation but a quick, cut-price sale increasingly looks the most viable option for all parties.

Chelsea’s immediate picture underlines the gravity of the situation. There will be no matchday program sales for Sunday’s Premier League home game against Newcastle United.

The club are still to decide what to wear on the front of their kit after shirt sponsor Three temporarily suspended their £40m-a-year (($52.4m) agreement with the club on Thursday.

The club shop remains closed, the hotel at Stamford Bridge can no longer take bookings until further notice and Chelsea cannot sell tickets for matches outside of those already sold to season ticket holders and individual match ticket holders.

There remains a hope that the club could find a way to fill Stamford Bridge by giving away proceeds to victims of Ukraine but this would not aid the club’s cashflow issues.

Chelsea will not have to alter the itinerary for their Champions League last-16, second-leg trip to Lille next week as the trip had already been paid for prior to Thursday’s government intervention.