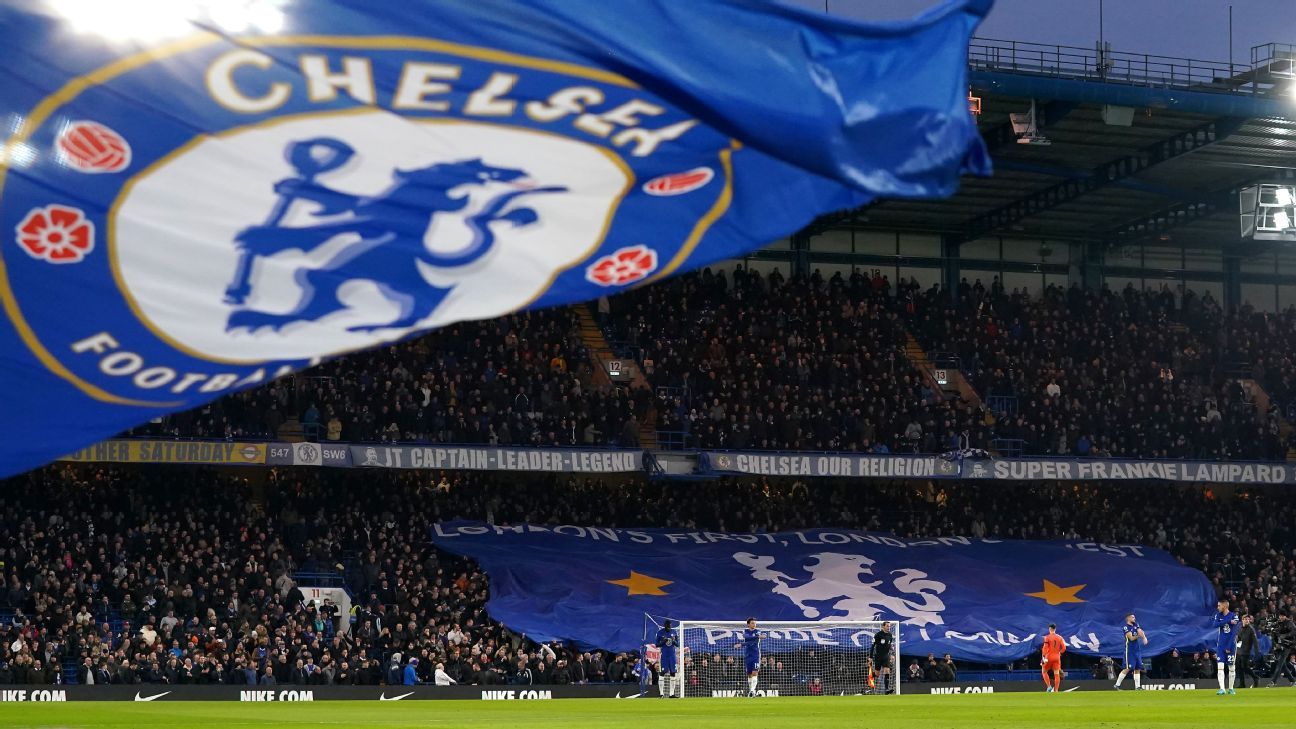 The deadline has passed, and the bids are in. Following an extraordinary month in the history of Chelsea football club, the next owner of Chelsea, succeeding Roman Abramovich, is attached to an offer sitting in the Raine Group’s midtown Manhattan offices. (The Raine Group, the New York merchant bank hired by Abramovich to find a buyer, might be holding those offered at the financial advisory firm’s London location in Mayfair instead.)

Raine received more than 300 expressions of interest to buy Chelsea. By the time Friday’s cut-off for offers passed, sources have suggested that somewhere between 20 and 30 parties formalized that interest by tabling a bid, with several of the most credible offers proposed by US sports owners or consortia.

Everyone involved with this process has a vested interest in seeing it completed as soon as possible given the circumstances of the sale: Abramovich has been sanctioned by the UK government and although Chelsea have a license to continue paying wages and fulfilling fixtures until the club is sold , their day-to-day operations have been severely affected.

Sources have indicated that Raine Group are expected to identify two or three preferred bids to be put forward to the next stage. Those shortlisted will then be examined by senior figures at Chelsea — excluding Abramovich — to select a winner, with the government’s Departure of Culture, Media and Sport retaining final sign-off on confirming the club’s new owner.

Nothing is certain in a transaction of this size — the sale will still be the biggest in Premier League history even though Abramovich is unlikely to achieve his £3 billion asking price — but there are four consortia generating the most buzz, headed by these names: Todd Boehly, the Ricketts family, Woody Johnson (he’s acting alone and has not publicly confirmed his bid) and Sir Martin Broughton.

– Stream ESPN FC Daily on ESPN+ (US only)
– Don’t have ESPN? Get instant access

Apart from being exceedingly wealthy, there is one thing each of these ownership groups has in common: experience owning American teams. So, in an effort to illustrate what Chelsea fans could potentially expect, we’ve spoken to our sources across America to detail how all of these investors run their teams, from Hollywood to the Big Apple.

Boehly is part-owner of the Los Angeles Dodgers of Major League Baseball, Los Angeles Lakers of the NBA and Los Angeles Sparks of the WNBA. He is partnered with Swiss billionaire Hansjorg Wyss and London-based property developer Jonathan Goldstein, among several others invested.

His influence on the teams he’s invested in is harder to determine than the other bidders on this list. Boehly’s stakes in the Lakers and Sparks (27%, finalized in the summer of 2021) and Dodgers (20%) are all minority shares, meaning he has little say in the direction the organizations are run — although he is said to have influence when it comes to branding and marketing. But each franchise has experienced considerable success, at a considerable cost, and Boehly has helped to foot the bill.

In 2021, the Dodgers had the highest payroll in baseball, spending $285.6 million on player salaries and an additional $32.7m in competitive balance taxes. They’re expected to maintain their spot atop the payroll standings in 2022, with spending said to crest $300m this season. It’s a similar story with the Lakers. They rank fifth in payroll in the NBA in 2021-22, spending $156m on player salaries and another $45m in luxury tax for the privilege, and were fourth in 2020-21.

With nearly 10 years in the owners suite at Dodger Stadium, though, it’s in baseball where one can best get a sense of Boehly’s philosophy in team ownership. Beginning in 2013, the first full season after Guggenheim Baseball Management (of which Boehly is a partner) completed its takeover of the club, the Dodgers have made the playoffs in every season; won the National League West Division eight consecutive years between 2013 and 2020; won the National League pennant in 2017, 2018 and 2020; and won the franchise’s first World Series in 32 years in 2020.

A decade of lavish spending and unrivaled success wasn’t done out of the goodness of the hearts of Guggenheim and Boehly, though. This group is committed to winning, with the knowledge that a winning franchise is a more valuable franchise. The Dodgers’ owners are willing to leverage their significant wealth, losing money in the short term so long as they come out ahead in the long-term.

There is a cost to this sort of success, beyond what owners are willing to pay players and managers and staff. The TV deal that Boehly helped land made the Dodgers money, but also made broadcasts unavailable for many Angelenos. Dodger Stadium was once seen as the crowd that best represented Los Angeles, but so many have been priced out of attending games in person amid rising ticket costs.

Ricketts: Owner of the Chicago Cubs

The Ricketts family owns the Chicago Cubs (MLB), and its quest to take over Stamford Bridge consists of a partnership with Chicago-based billionaire Ken Griffin, founder and CEO of financial services provider Citadel.

As Cubs owners, the Ricketts have shown a willingness to spend on players, but they aren’t open-chequebook owners. That much is evidenced by allowing three pillars of their 2016 World Series triumph (Javier Baez, Kris Bryant and Anthony Rizzo) to leave via free agency, with little in the way of concrete efforts to re-sign them. They are owners who need to be convinced of a plan, illustrating the potential of both the short- and long-term gains.

In Chicago, their ambitions have stretched beyond just the Cubs. In 2014, the family began The 1060 Project, a $750 renovation of Wrigley Field and the redevelopment of the surrounding neighborhood, including an open-air event space and a hotel. The downside to those renovations, though, is the commodification of one of Major League Baseball’s most hallowed grounds. A sea of ​​ad space and sponsorships have somewhat tarnished the inherent shine of Wrigley.

Opinions about the Ricketts among Cubs fans are decidedly mixed. This is an ownership group that ended the franchise’s 108-year wait for a World Series. There are fans of this once seemingly cursed club who will be forever grateful, but there are also large numbers who have grown tired of the self-aggrandizing and perceived penny-pinching.

Chelsea’s Chicago Supporters Club released a statement warning about the dangers of a Ricketts family takeover, citing issues with the Wrigley Field project and concerns over comments made by Joe Ricketts in 2012 that resurfaced recently. Leaked emails show Ricketts claiming “Muslims are my enemy” and describing Islam as a “cult.” Given the political sensitivity around the sale, such abhorrent rhetoric is particularly problematic.

Johnson, who served as the US ambassador to the United Kingdom from 2017 to 2021 under President Donald Trump and is an heir to the Johnson & Johnson fortune, has a reputation for being cheap, but that’s not entirely fair. Year after year, the Jets are among the NFL’s leaders in money spent, topping the league in free-agent spending in 2019.

The problem is that he doesn’t spend wisely. He throws money away on overpriced players, often in the latter stages of their careers — he loves to chase the big names.

Dan Thomas is joined by Craig Burley, Shaka Hislop and others to bring you the latest highlights and debate the biggest storylines. Stream on ESPN+ (US only).

Despite that willingness to spend, though, Johnson is universally disliked by Jets fans. The team hasn’t made the playoffs in 11 years — the longest active streak in the league — and a lot of that is down to his mismanagement.

He had some success when he first became the owner, making the playoffs in 2001, 2002, 2004, 2006, 2009 and 2010. Yet he arguably walked into a ready-made situation. In 2000, Bill Parcells stayed in a front-office role to help the team, and he set them up with good players and good coaches. Johnson managed to ride that wave for a decade, and the Jets were regarded as a pretty good organization, but things began to fall apart after the 2010 season.

With reporting by Connor O’Halloran

Broughton is the lone British-based bidder in our list, and he’s been ever-present throughout Chelsea’s search for a new owner. The 74-year-old Chelsea fan has billed the consortium bid as one of stability. He’s the former chairman of British Airways — and briefly of Liverpool, presiding over their sale to Fenway Sports Group in 2010 — and has partnered with former British Olympic Association chairman Sebastian Coe, part owners of the Philadelphia 76ers (NBA) and New Jersey Devils (NHL) Josh Harris and David Blitzer, and Sacramento Kings (NBA) owner Vivek Ranadive.

The trio of American franchise owners have been ambitious during their tenures, unafraid to spend money in order to put out a winning product. The Devils handed out the most lucrative contract in franchise history to Dougie Hamilton last summer, while the Sixers have already committed to a $196m super-max deal for Joel Embiid and are expected to ink James Harden to a $230m extension this summer.

Despite that kind of spending, neither franchise has yet realized its ambitions. The Devils have made the playoffs just once under the ownership of Harris and Blitzer, while the 76ers haven’t made it beyond the Eastern Conference semifinals.

Ranadive’s ownership of the Kings has been less ambitious than his fellow NBA investors. The franchise hasn’t made the postseason since 2005-06, seven years before Ranadive became majority owner, and Sacramento has the 12th-lowest salary cap in the league in 2021-22.

One issue with their bid could be regarding Harris and Blitzer’s stake in Crystal Palace, though it appears they are willing to divest quickly in order to pursue ownership of Chelsea.

Other bids of note

In addition to the above quartet, other notable offers have been lodged by Nick Candy, the London-based investment firm Centricus and equity firm Aethel Partners.

Candy, a British businessman and Chelsea season-ticket holder, has amassed several investors under the banner of Blue Football Consortium including several South Korean financial institutions and has worked to bring in a tech platform, PrimaryBid, that would offer a “once-in- a-lifetime opportunity to give football back to the fans” via shares in the club.

Centricus, run by Nisar Al-Bassam and CEO Garth Ritchie (also Chelsea ticket holders), has partnered with other asset management firms to put together a competitive bid. As part of their vision, they aim to “maintain an elite global brand, investment in grassroots” and “strategic real estate investment,” with the intention “to maintain and support existing management on both the business and sporting operations of the CFC Group” and “maintain the existing strategy direction” of the club.

Aethel Partners are going alone, without outside investors or celebrity involvement, and included an immediate $65m investment to protect the club against insolvency while sanctions remain against Chelsea and Abramovich.