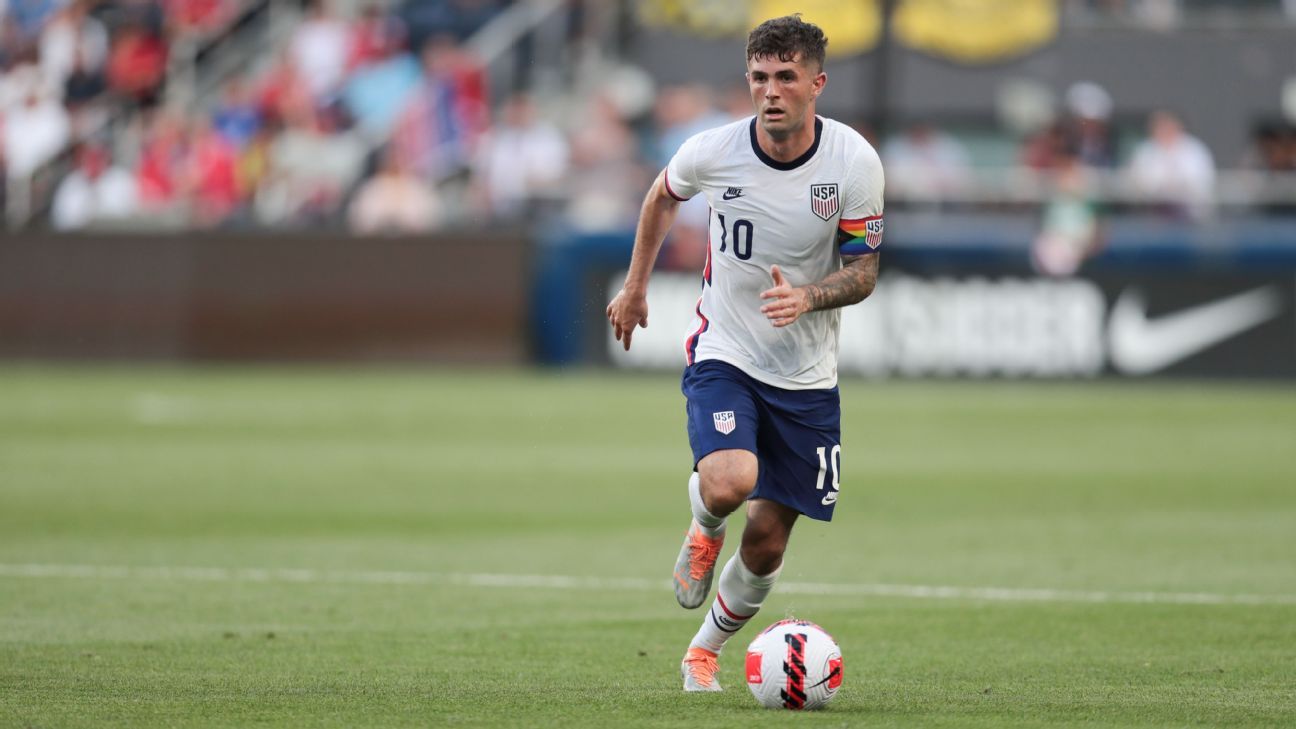 Christian Pulisic slammed the crowds for the United States men’s national team at TQL Stadium in Cincinnati during a 3-0 win over Morocco on Wednesday night in the first of four World Cup warm-up matches in June.

“I mean it was a great win, we’re really happy. We started really well, we got that first goal and yeah, just a really good performance.

“But, yeah, it’s good to be back in America and playing again.”

Brenden Aaronson and Timothy Weah scored midway through the first half and Haji Wright converted a second-half penalty on his senior national team debut. Pulisic, who normally takes kicks for the United States, gave Wright the ball and his former U17 World Cup team-mate repaid faith with a goal.

“Yeah, I mean Haji and I are going back,” Pulisic said. “I think he needed that goal. He said he was confident to step in and take it and I wanted him to get that confidence and I’m glad he scored.”

The 15th-ranked Americans, using a formation at around 75% of the full squad, won for the first time in four matches with No. 24 Morocco, who are also preparing for November’s tournament in Qatar.

Wearing rainbow numbers on white jerseys for LGBTQ Pride Month, USA extended their unbeaten streak at home to 24 games since a September 2019 loss to Mexico, two shy of the team record.

In Qatar, the United States will face England, Iran and the winner of Sunday’s UEFA World Cup qualifier between Wales and Ukraine in Group B.

Information from The Associated Press was used in this story.