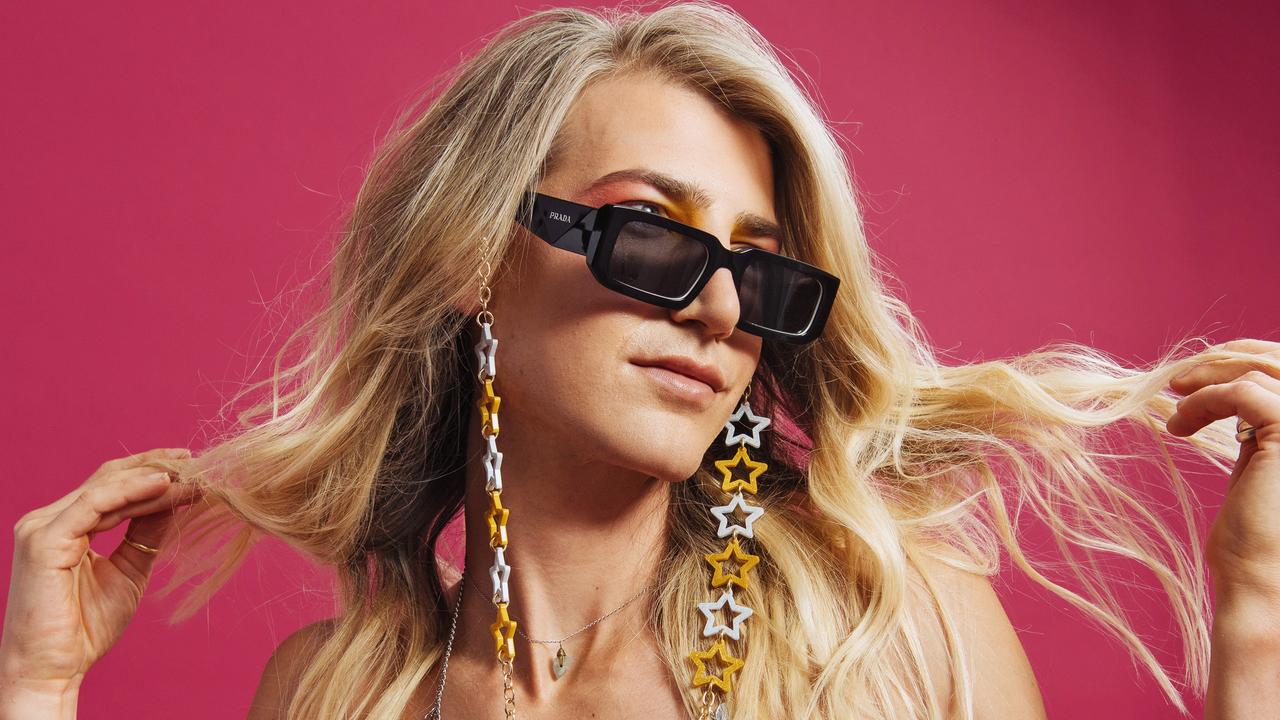 The model and son of entertainment guru Richard Wilkins showcased his unique style in a new Mardi Gras-inspired photo shoot.

Christian Wilkins has showcased his incredible figure in a stunning new campaign in honour of this year’s Mardi Gras.

Wilkins, who is the son of veteran entertainment journalist Richard Wilkins, has been unveiled as one of the faces of Sunglass Hut’s limited edition ‘Love is Love’ sunglass chain, created in collaboration with Doodad + Fandango.

The model and reality TV star, 27, is known for his edgy fashion, which was on full display in the vibrant photo shoot.

Wilkins had his blonde hair styled in loose waves, and wore a silver sequined vest with chain fringing, and form-fitting black pants.

“Style to me is confidence. I always think, to me, there is nothing more beautiful in the entire world than seeing someone who feels absolutely beautiful, and I think that’s what style is,” he said in a video, which was shot alongside the images.

Last week, Wilkins called out a “completely homophobic and misogynistic” media report about the outfit he wore to the opening day of Sydney’s Mardi Gras Festival.

Commenters on Instagram had praised his revealing look, which featured a pink halter neck mini dress with numerous cut outs.

Wilkins took to his Instagram Stories to proudly share a resulting appearance in The Daily Telegraph’s Sydney Confidential section with his 29,500 followers.

But he also took the opportunity to call out a Daily Mail headline which read: “Dude looks like a lady! Richard Wilkins’ flamboyant son Christian flaunts his VERY toned figure in a skin-tight pink mini dress with daring cut-outs”.

“It’s completely homophobic and misogynistic statements like these that causes anxiety and fear in many LGBTQI ppl (sic) – yes I know I’m in a dress and celebrate my femininity but come on … ‘dude looks like a lady’?” Wilkins wrote.