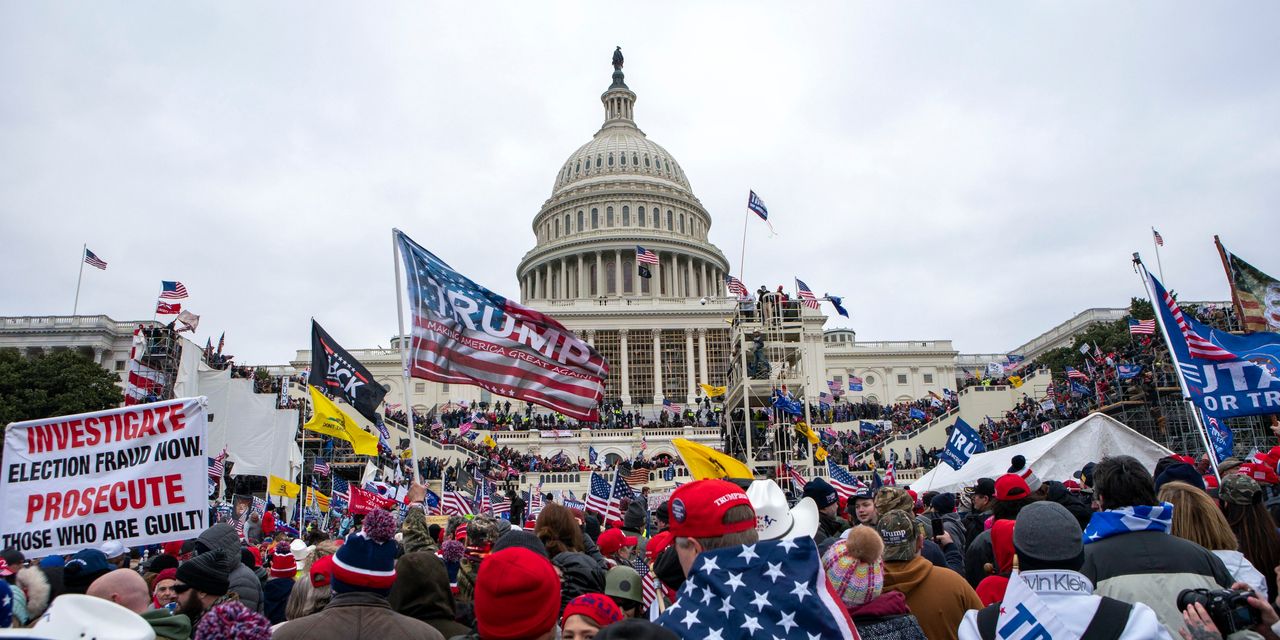 US Capitol police and relatives of officers who died after the January 6 riot watched graphic video footage of the attack in the courtroom on Thursday night with their arms around each other .

Officer Harry Dunn, who testified under oath at a previous hearing, could be seen comforting Sandra Garza, the longtime partner of Capitol Hill Police Officer Brian Sicknick, who died shortly time after the riot.

Also in the audience for Thursday’s hearing is a group of Democratic lawmakers who call themselves the “gallery group.”

These lawmakers were briefly trapped in the gallery of the House chamber when the Capitol was breached and the chamber doors were locked. They crawled up the railings and helped each other reach an unlocked door and escape.

Rep. Dean Phillips (D., Minn.) tweeted a photo of those in attendance.

“It’s just shocking and infuriating, a year and a half later,” said Mr Phillips, during a break in the hearing.

He praised Republican Rep. Liz Cheney of Wyoming, the committee’s vice chair, for her opening statement, calling her a “national saviour.”

“The narrative she just presented was crisp and clear, unambiguous and extremely courageous,” he said.

Mr Phillips said he hoped Americans were paying attention. “God, I hope so,” he said.

Rep. Pramila Jayapal (D., Wash.) broke down in tears when reporters asked her how it felt to watch the video after she was trapped with other lawmakers in the House gallery as the crowd attempted to to break in.

“I never imagined that while doing our job, we would not be safe to do our job and that we would feel so helpless at this time to protect our democracy,” Ms Jayapal said, her voice shaking. .