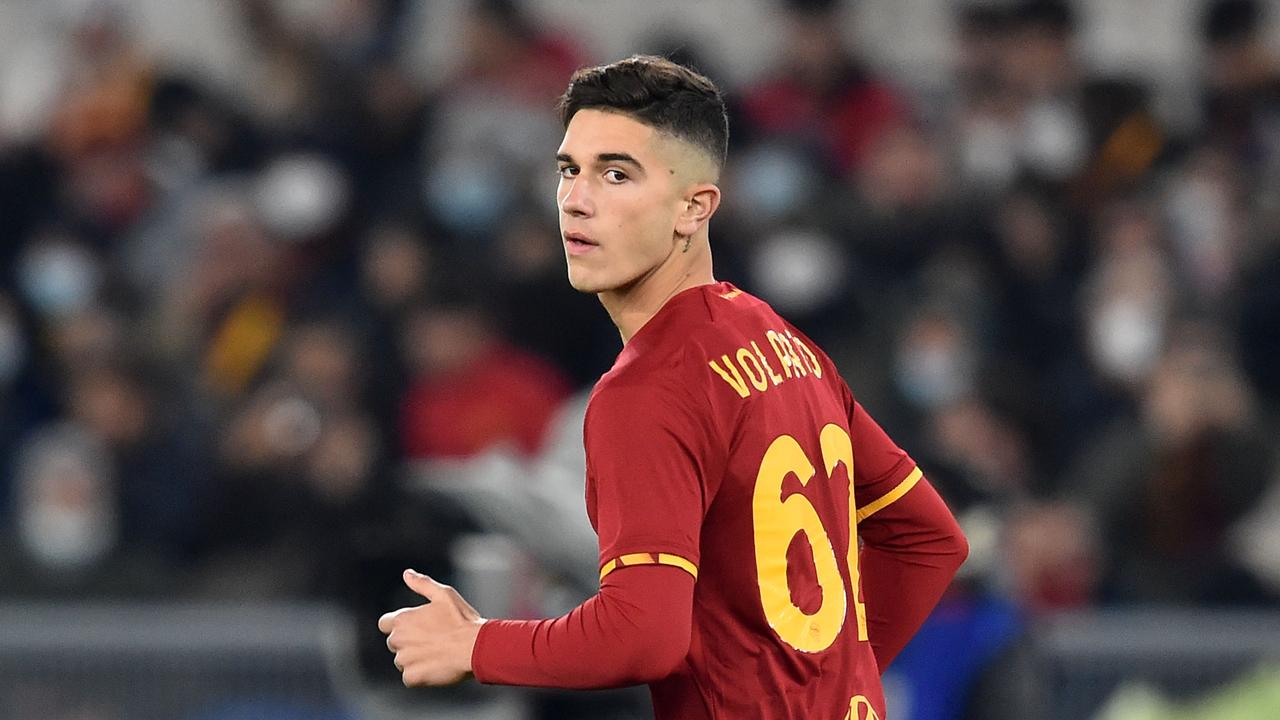 National coach Graham Arnold remains in communication with Roma whiz-kid Cristian Volpato and his family but won’t be forced into giving the Sydney-born teenager a Socceroos cap just to prevent him from playing for Italy.

The goal, the first by an Australian in Italy’s top-flight since Mark Bresciano scored in 2009, has led to further calls for Arnold to pick Volpato for Australia’s crucial upcoming World Cup qualifiers against Japan and Saudi Arabia.

However, Volpato, who is of Italian heritage, is yet to declare where his international allegiances lie.

If the attacking midfielder and his family choose Australia, Arnold will then consider picking him, but only if his form warrants a Socceroos cap.

“I’m not into just capping people and tying them down for life – it’s Cristian’s decision and his family’s decision,” Arnold told News Corp Australia.

“We’re watching him, we’re monitoring him, we’re talking to him, I’ve spoken to his dad Oscar … they’re a beautiful family, and good people.

“The most important thing is Cristian makes that right decision on what feels right for him,

“I’d love Cristian to play for Australia but the conversation is around what he wants to do and what his family wants.”

“At the moment Cristian is enjoying no doubt this unbelievable experience of working with (Roma coach) Jose Mourinho and his agent (Italian great) Francesco Totti, and the conversations they’re having with him are no doubt about his career and his life. ”

The Socceroos coach said it’s far too easy for those calling for Volpato’s selection to say “why doesn’t Graham Arnold pick him for a World Cup qualifier and just cap him?”.

“The question should be ‘what are we doing to help these kids?’,” Arnold said.

Volpato was in the youth system of two A-League clubs – Sydney FC and Western Sydney Wanderers – before going to Italy to fulfill his dreams.

“The issue is what happens to kids when they’re 17 to 23 years of age here in Australia,” Arnold said.

“In Cristian’s case he was having to pack up, leave Australia, and go overseas – there’s plenty more players out there like him.

“It’s more around the system of the game in Australia and where we’re at.

Arnold spent 18 months during Covid-19 times speaking to A-League clubs and owners, and the boards of state federations to have them understand “what needed to happen for kids to have a football career and a life”.

“At the start of 2020 after we qualified for the Olympics I did the performance gap (report) with my analysts, and it showed all of the issues – the lack of games, lack of match minutes and lack of football across all ages in Australia .

“These kids are good enough, they just need more games. The issue is what are we doing here about it to help these kids.