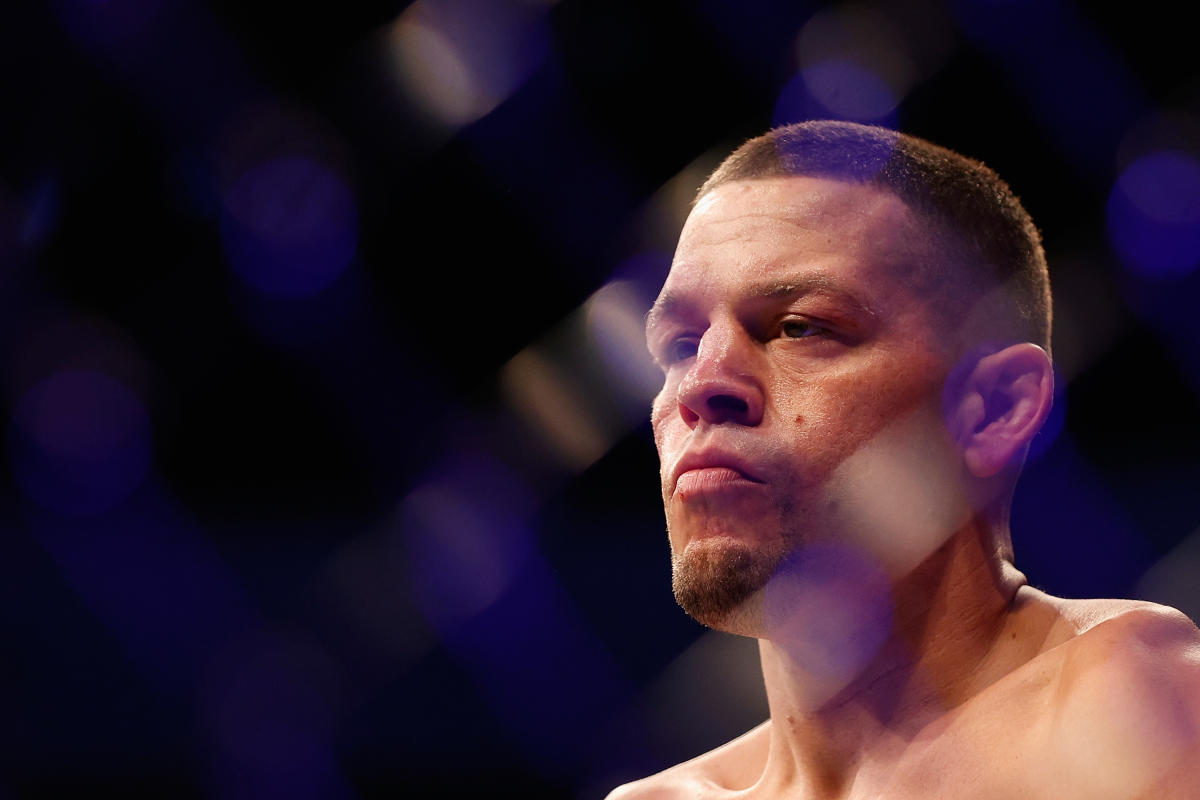 Sit back and prepare to hear some shocking news: Nate Diaz is unhappy with the UFC.

OK, maybe that’s not very shocking. Maybe it’s been the on-and-off status quo for months, if not years, and Diaz is once again pushing for the UFC to give him the fight he wants or let him find that fight on his own.

Diaz kicked off his latest public spat with the promotion on Monday when he tweeted a public demand to fight in July or August or release him from his contract. Notably, he attached a video of Jake Paul knocking out former UFC welterweight champion Tyron Woodley, the likely subject of his “s*** to do.”

Diaz currently has one fight remaining on his contract, per ESPN, and turned down an offer to face rising star Khamzat Chimaev, instead expressing interest in one of Dustin Poirier, Vicente Luque and Tony Ferguson. He lost his last fight to Leon Edwards via unanimous decision at UFC 263 earlier this month.

A day later, UFC President Dana White discussed Diaz’s latest claim in an interview with The Mac Life and didn’t really praise Diaz’s merits as a fighter at this point. stage of his career. He even suggested Diaz go ahead and book the Jake Paul fight:

“You don’t have to be a rocket scientist to watch him and see a lot of plays and whatever. Contractually we have to give him a fight, we’ll make him fight.

“I love Nate. Let’s be honest, Nate has won a fight in the last five or six years. When these guys come into these positions, you have guys that have been with us for a long time, that we respect, that you care about. You have the [Donald] Cerrones and Anthony Pettis before he left and you have Nate Diaz and Nick Diaz is still under contract.

“You want to be fair and do the right thing, whatever. Nate Diaz is not going to come in and fight Kamaru Usman. We try to do our best, trying not to shit on anyone and disrespect anyone, but It’s not like we’re talking about Kamaru Usman here. We’re talking about Nate Diaz. Nate has won one fight in five years. We’re trying to figure this stuff out with him. He should probably go and fight Jake Paul. C It’s a fight that makes sense.

White is correct that Diaz has won one fight — Anthony Pettis at UFC 241 in 2019 — since his breakthrough victory over Conor McGregor in 2016.

Diaz was apparently listening to White, as he tweeted a request that the UFC send out a release a few hours later. He then included two emojis: a blond man who may or may not look like Paul and a boxing glove.

It may be worth pointing out that Paul recently announced that his next fight will be on August 6, albeit with no confirmed opponent. There has been a lot of speculation about who will step into the ring with Paul, and Diaz, as an aging MMA fighter, would match recent influencer trends.

Paul even tweeted his own statement to White, saying he would be happy to face Diaz in the Octagon and would even fight for free, as long as White raised the fighters’ salaries and paid for their health care (White won’t will not).

There are obviously a lot of moving parts to this. Every side seems to agree that Diaz wants and should fight, whether against Paul or within the confines of the UFC, but it’s a bit more complicated than that.