Dave Chappelle decided to zero in on Kanye West‘s recent anti-Semitic comments while on Saturday Night Live, admitting he didn’t decide to help him after the controversy.

In a lengthy stand-up set, Chappelle, 49, discussed West’s targetting of the Jewish community, opening his monologue with a tip for the rapper.

Before he began his routine, Chappelle unfolded a piece of paper and read from it: “‘I denounce anti-Semitism in all its forms. And I stand with my friends in the Jewish community.’ And that, Kanye, is how you buy yourself some time.”

Watch a clip from Dave Chappelle’s SNL monologue above.﻿

READ MORE: Aaron Carter tried to stop his memoir being published before his death, rep claims﻿

Before he began his routine, he unfolded a small piece of paper and read from it: “‘I denounce antisemitism in all its forms. And I stand with my friends in the Jewish community.’ And that, Kanye, is how you buy yourself some time.”

On the topic of West, Chappelle said he typically approached the rapper when West was embroiled in a controversy – but this time, he didn’t.

“Kanye’s gotten into some scrapes before, and normally, I pull up immediately – but this time I was like, ‘You know what, let me see what’s gonna happen first,'” he joked.

He added, “Early in my career, I learned there are two words you should never say together. Those words are… ‘the’ and ‘Jews.’ Never heard someone do good after they said that.”

Chappelle said he could see how West would “adopt the delusion that the Jews run show business,” saying it’s “not a crazy thing to think – but it’s a crazy thing to say out loud in a climate like this.”

He went on: “I know the Jewish people have been through terrible things all over the world, but you can’t blame that on Black Americans. You just can’t.”

In an apparent nod to the backlash some comics receive when audiences find their jokes offensive, Chappelle ended the monologue by admitting to the audience he no longer enjoyed performing in front of large crowds.

He said, “It shouldn’t be this scary to talk about anything, it makes my job incredibly difficult.”

“I hope they don’t take anything away from me,” he said. “Whoever they are.”

Chappelle has made explicit jokes about trans women’s bodies and misgendered trans people in several stand-up specials released in the last few years. Criticism of his comments quickly mounted in 2021 following the release of his multi-million dollar Netflix special, The Closer, offending LGBTQ advocates and leading some Netflix employees to protest the company and call for the special to be removed.

Netflix stood by the special, which was later nominated for two Emmys. Chappelle addressed the criticism on tour shortly after the release of his special, telling his audience he was willing to talk with trans critics but was not “bending to anybody’s demands.” 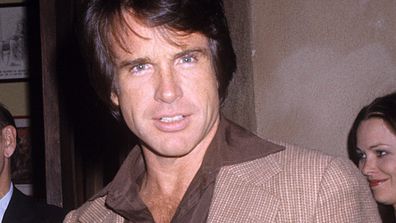 Controversial star ‘so vain’ he thinks ’70s hit is about him