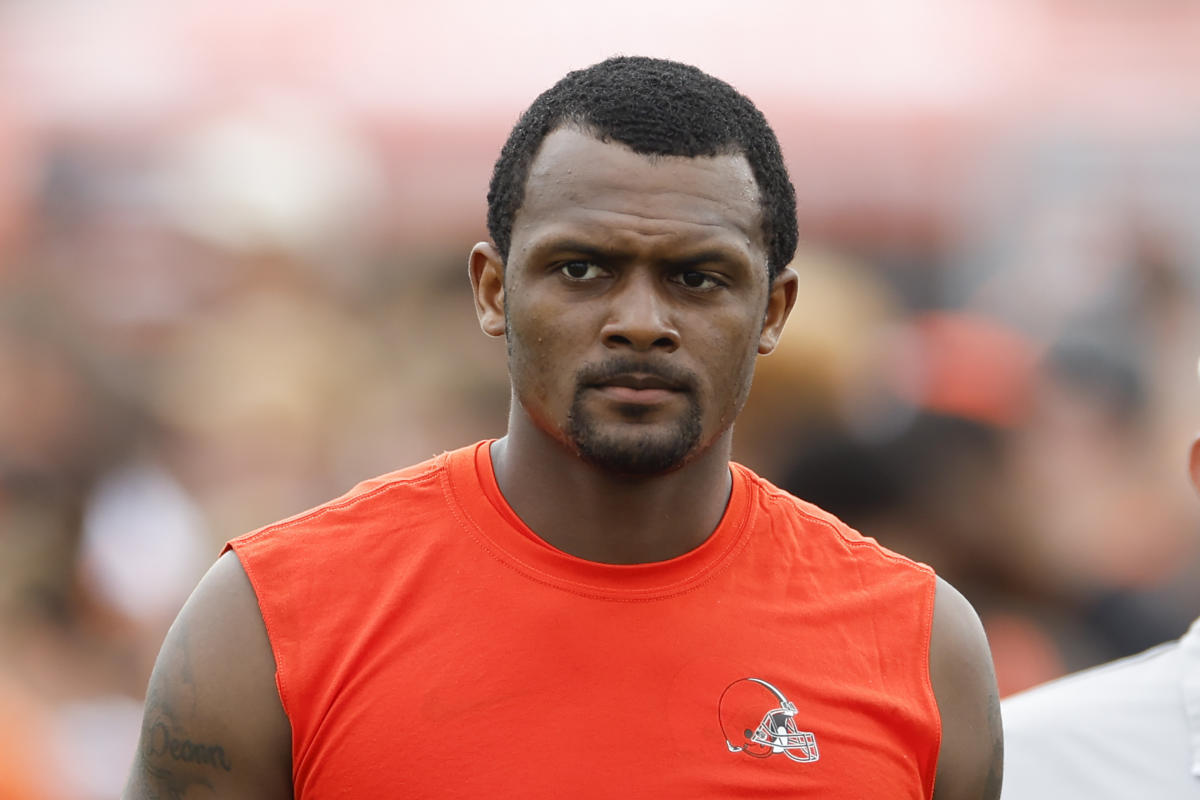 Hours before kicking off his first preseason game with the Cleveland Browns, Deshaun Watson issued his first apology to women he allegedly harassed and sexually assaulted while playing for the Houston Texans.

Watson’s apology came nine days after the NFL announced it was appealing its six-game suspension for sexual misconduct handed down by former federal judge Sue L. Robinson, with the league seeking either a one-season suspension , or a shorter suspension with a significant fine.

The appeal is now in the hands of former New Jersey Attorney General Peter C. Harvey, who was appointed as an arbitrator for the case by NFL Commissioner Roger Goodell. With that decision looming, the Browns still opted for Watson to start their preseason game against the Jacksonville Jaguars on Friday.

On the Browns’ pregame show, Watson was interviewed by reporter Aditi Kinkhabwala and responded to Robinson’s claim that he hadn’t expressed remorse during the process:

It was funny“As you say this, your eligibility is still in question, and while this appeal is pending, I have to ask you, Judge Sue Robinson’s original ruling made a very specific point saying that your lack of remorse has played in his decision It’s part of the narrative around you. What’s your response to that?”

Watson: “Listen, I want to say I’m so sorry for all the women I’ve impacted in this situation. The decisions I’ve made in my life that put me in this position, I would really like to get them back , but I want to keep moving forward, growing, learning and showing that I’m a real person of character and I’m going to keep moving forward.”

Watson added that he plans to spend his time away from the game to continue his guidance and “grow as a person, as an individual for my decision making on and off the pitch”. He also said he “didn’t know when the next time I could go.”

Expressing any contrition is new to Watson and his camp, who have long insisted his meetings with dozens of massage therapists were consensual. Even at his new Browns introductory conference, he refused to apologize as the team circled their wagons around him.