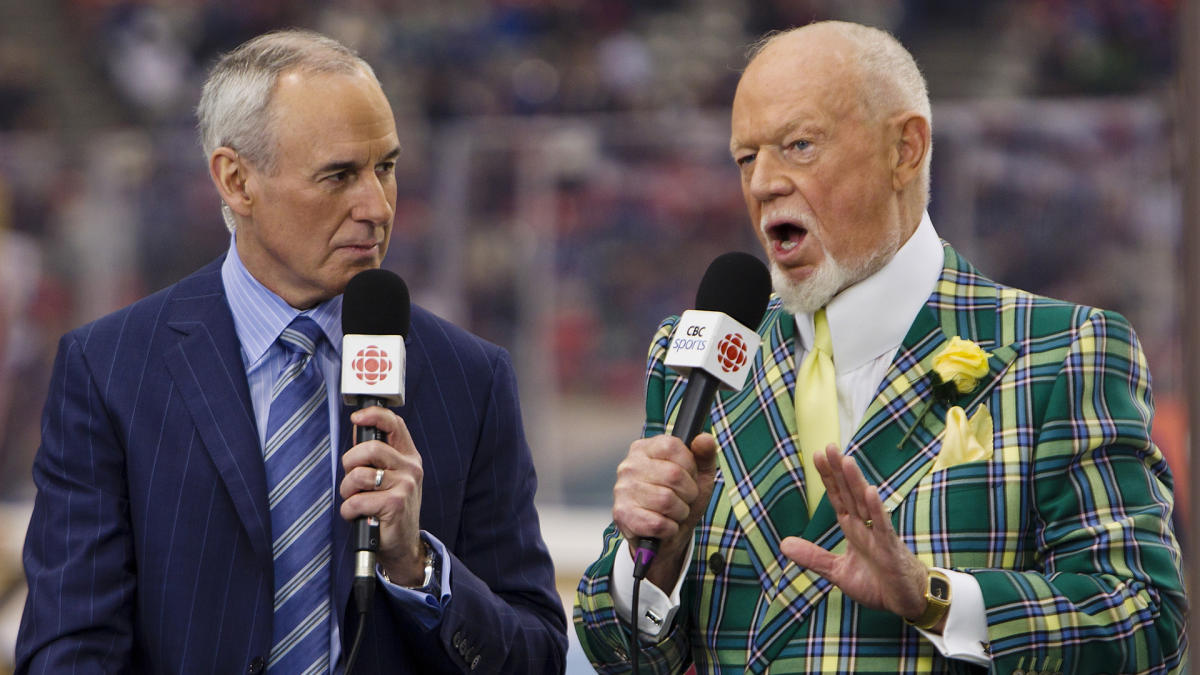 In a short video tweeted out by the Toronto Sun’s Joe Warmington, disgraced former host Don Cherry declared the friendship between him and his co-host Ron MacLean over and done with and said he can no longer envision any healing of wounds.

“No, I don’t think we’ll ever be friends again,” Cherry said. “We can’t be friends again. It’s too bad because we were on the air, and we used to have fun – and I mean, it was so fun. Coach’s Corner was fun.”

The long standing intermission show on Hockey Night in Canada ended in 2019 when the then-85-year-old Cherry on went a racist rant, targeting Canadian immigrants for not wearing the red poppy on Remembrance Day.

After being fired, Cherry did not apologize for his remarks, and viewed his termination as a form of censorship.

“I have just learned I’ve been fired by Sportsnet for comments made on Coach’s Corner Nov. 9,” Cherry said. “No problem. …I know what I said and I meant it. Everybody in Canada should wear a poppy to honor our fallen soldiers. …To keep my job, I cannot be turned into a tamed robot.”

MacLean and Cherry began hosting the segment that aired during the first intermission of the first game every Saturday night on CBC – and later on Sportsnet – in 1986. The comment that earned Cherry unemployment was not the first hateful thing he said on air. He has an extensive list of controversial statements targeting the Indigenous community, women, climate change, and also made xenophobic remarks about European hockey players.

Shortly after his partner’s firing, MacLean insisted that he still did not believe Cherry was racist and apologized for naming him in a post-termination statement that was broadcast.

“What I know is that we made the mistake … I mean, no,” he said in November 2019. “Don, I think, has started to come around … he knows we projected an idea, an attitude or a behavior on someone. He knows, I feel like in what I’ve listened to, he’s trying now to admit to that.

“If I have one regret, it’s that when I apologized on the Sunday night, I used Don’s name and, if I am sitting at home watching it, that would hurt me. That might have created some resolve in Don not to apologize.”