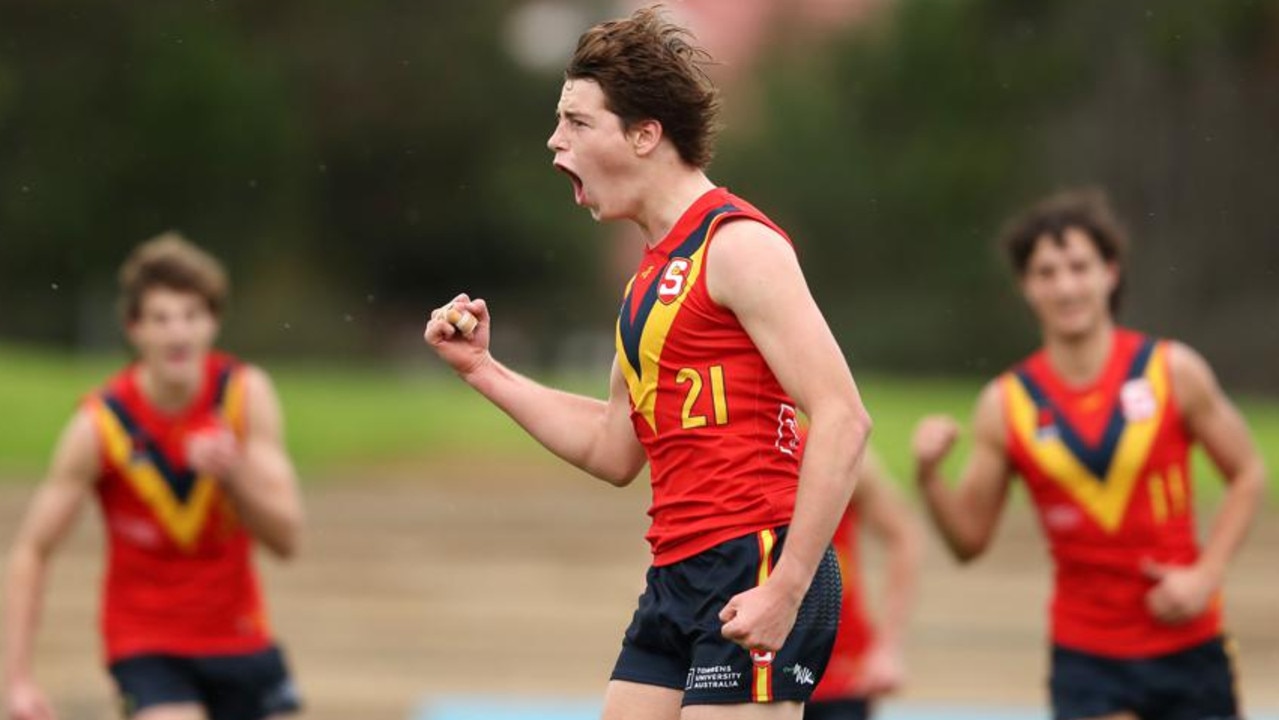 Ross Lyon once said, “You can’t go to Hay St and buy confidence, can you? There is no trusted store.

Brimming with confidence and competitiveness, the son of SANFL great Sam Phillipou is arguably looming too the joker in this year’s draft.

Watch every game of the AFLW season live on Kayo. New to Kayo? Start your free trial now >

Foxfooty.com.au reported last month that Phillipou – a versatile, tall midfielder from Woodville West-Torrens – was being considered by Essendon for a No 4 choice selection, but that if he is not taken by the Bombers, he could slip out of the top 10.

Such fluctuation shows how difficult it is to know what to expect for Phillipou, but the teenager seems determined to exceed all expectations.

“Individually, I think I exceeded a lot of people’s expectations. I think I just proved that I believed in myself that I had to do everybody,” he told foxfooty.com.au.

“I think I made people around me proud and I made myself proud.”

Teammates certainly walk taller with Phillipou by their side.

His predicted draft order boost came after a scintillating finish to his SANFL Under 18 stint, averaging 33 eliminations in his last four games.

The South Australian’s confidence in his own abilities is considerable.

When asked which player he would take if he had choice 1, he replied: “I think I should say to myself, just because I think if you’re not going to support you, you don’t have probably not the confidence required to play in the league.”

While Phillipou’s swagger could easily be funneled into creating strengths at the expense of defensive integrity, he added more strings to his bow.

“On a team level it hasn’t been the best year, which is a bit new for me, growing up I was on teams that were winning pretty much all the time. It was a good challenge,” he said.

“I was forced to learn and develop new skills… apply myself more defensively. If I wanted to stay in the game, I had to be fully invested in the defensive side of the game.

“Off the pitch, I just felt like I had to learn to be a leader. Not just this year, but growing up, I had a lot of experiences that developed me and I think I was ready. for this year and I learned things along the way.

“During pre-season I knew I wanted to improve in defense because I knew if I wanted to play in the AFL it would have to go to another level.”

Nor did Phillipou’s supreme self-confidence replace the surreal nature of draft-testing in a bid to become an AFL player.

“Honestly, it’s so surreal. I remember coming here yesterday, I was walking past halls with all the clubs in the AFL, you’ve got Google here, you’ve got a Telstra hall. I was like, ‘ What is happening?’

“I remember for some of the tests we had, one of them was the 3D head scan for the new AFL Evolution game. I walk in with three of my buddies and we just started screaming Guys were like, ‘you’re the only ones getting excited like this!’

“I remember growing up playing NBA 2K and you were like, ‘Wow, imagine if I was in it’ and now I could get the chance to be in a real video game?

“It was really surreal too.”

Phillipou’s combine results showed his versatility, finishing fifth in the vertical jump while running while placing ninth in the 2km time trial.

He will be the first South Australian picked up on draft night and whichever club gets him, they won’t have to try to push him or argue.

“I just feel like there’s something to prove,” he said.

“I always feel like there’s been some for me and I think the combine is the last thing I can do to really put my name forward. I think no matter the times or things like that, if I really, really do my best, I think it will impress the recruiters.

Wherever he is picked up, Phillipou has certainly made an impression.