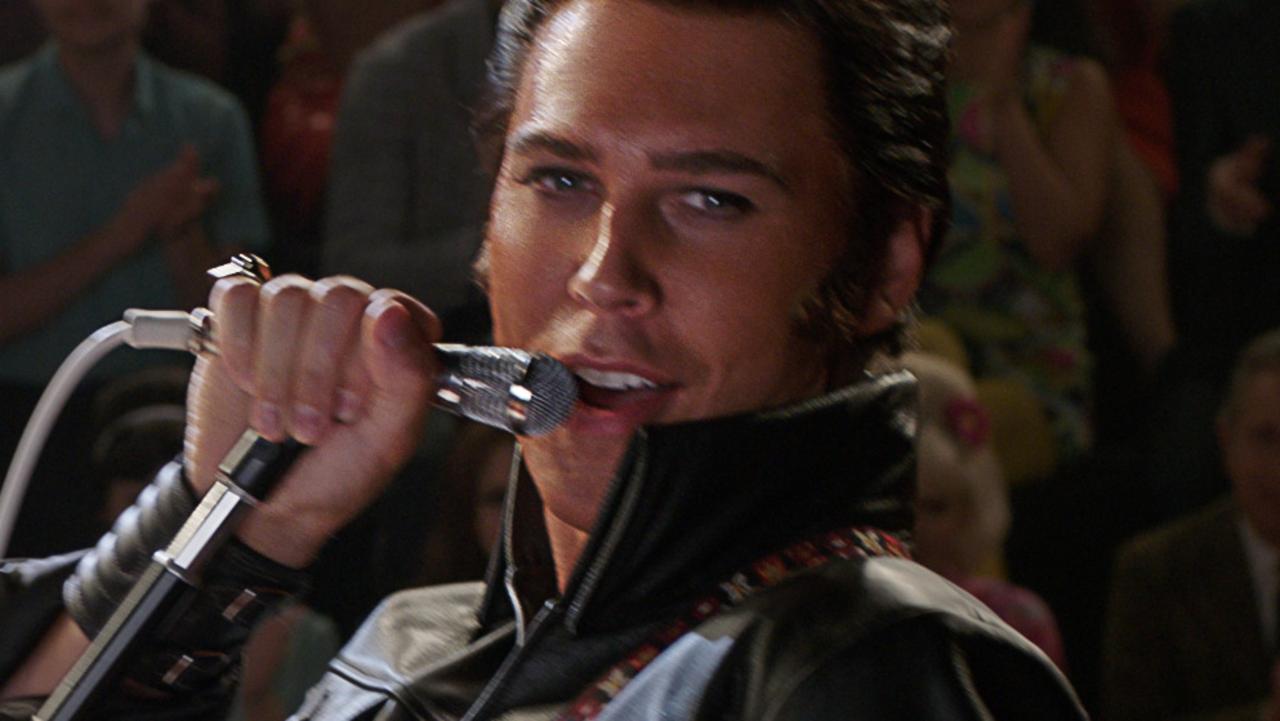 Despite the setbacks, the budget and the pressure, Baz Luhrmann’s most nerve-racking moment came after he finished the film.

For Baz Luhrmann, there was “nothing more nerve-racking” than screening his Elvis Presley biopic for Priscilla Presley.

All the heart, energy and emotional investment Luhrmann had poured into his ambitious, extravagant and dizzying film was hinged on this moment.

“[Priscilla] wrote to me a few days later and she said, ‘Oh my god, all my life, every breath, every move. If my husband was here, he would say to Austin [Butler], ‘Hot damn, you are me!’” Luhrmann told news.com.au.

He wasn’t physically present with Priscilla but he was with Lisa Marie Presley, the daughter of a father she lost at such a young age.

“She was very emotional,” he said. “I just took her to the car and before she got in the car, she looked up and went something like, ‘I can’t put it in–’. I thought she was going to say ‘words’ but she said, ‘I can’t put a value on that.’

“Then she said, ‘The grandchildren and everything from now on.’ I think she meant that at least it’s a fair hearing. It’s a more humanised version of her father who has become wallpaper.

“That’s meaningful to me.”

Luhrmann’s film is many things – transcendent and infuriating at the same time, a manic whirl of energy and big emotions.

It’s a dazzling spectacle which captures the frenzy and intensity of Presley’s charisma and the effect he had on everyone around him, from his beloved mother and the most hysterical fan to the stern-faced authorities who didn’t understand how this gyrating musician was changing American and global culture.

But underneath the legend was the man – this is what Luhrmann wanted to seize in Elvis, and why Priscilla and Lisa Marie’s approval meant so much.

“He’s a father and husband and a grandfather to these three women who are, in their different ways, extraordinary women. They’ve had to put up with him being a Halloween costume, a wedding chapel guy or the butt of a thousand jokes.

“But he was a true rebel and overwhelmingly a very spiritual person. This man was a human being who happened to be incredibly gifted with music. He was also profoundly soulful and caring.”

The enormous pressure of embodying Presley fell to Austin Butler, a 30-year-old California-born actor who was, until now, best known for his roles in youth-focused projects such as The Carrie Diaries.

He seemed an unlikely choice, but Butler has the same smouldering, stirring appeal as the King of Rock and Roll. Butler had to train his deep, velvety voice to take on Presley’s songs, and he had two years of dance lessons so he could move like him too.

“It’s two years of doing nothing but that,” he told news.com.au. “I had some incredible people around me. Polly Bennett was my movement coach and from the time I got the part and even before I got the part, I was working with Dana Wilson, who helped me because I wasn’t a dancer or a mover before.

Butler grew up with Presley’s music in the house, introduced to the legend through his mother and grandmother. But he didn’t know that much about Presley’s life.

More than the dancing and the singing, Butler’s challenge was to discover the emotional core of the legend.

“It’s putting his life in context, putting this icon in context,” Butler said. “Because we often look at people like that and we think they just appeared.

“Humans are so complex, and he had all this duality in him. In order to really grasp the three-dimensional nature of him, it was this constant thing of realising that there was a lot of him that had this equal and opposite in the sacred and profane.

“He was like this animal up on stage and then he’d get off and say, ‘Yes, sir, no, ma’am’ and be so polite. There are many aspects of that, there’s the way he was in relationships with women. There are a lot of aspects that I thought were part of that duality.”

“What’s come out of the movie for me is the humanity that Austin brings to the role,” Martin said. “That was a revelation for me, just how much he makes you connect with the person.

“He portrays him as a man with faults and all, so that it’s a much more complete picture. And I think it becomes a more universal version of the story because we can all relate to that person.”

Luhrmann described Presley as, to quote Presley, “caught in a trap”, and his movie tracks the challenges that someone as famous and privileged as Presley had to suffer. The man behind the icon, behind the public persona and behind the downfall was just a person, and that’s what the film is most successful at conveying.

Perhaps almost as famous for how he died as for his life and achievements, Presley is often seen as ultimately a tragic figure. Butler doesn’t see it that way.

“I think there was a lot of tragedy in his life,” Butler said. “I think it’s tragic that he never got the tour of the world. I think it’s tragic he passed away at 42. And I think it was a tragedy that he had a certain time in his life when he stopped being creatively challenged, where he had so much artistic brilliance, and that he was held in a gilded cage. That’s tragic.

“I don’t know if he was a tragic figure in general because he had so many extraordinary moments in his life and was such an extraordinary human. So that’s that duality, where he had great highs and great lows. It was a really intense life.”

Elvis is in cinemas now