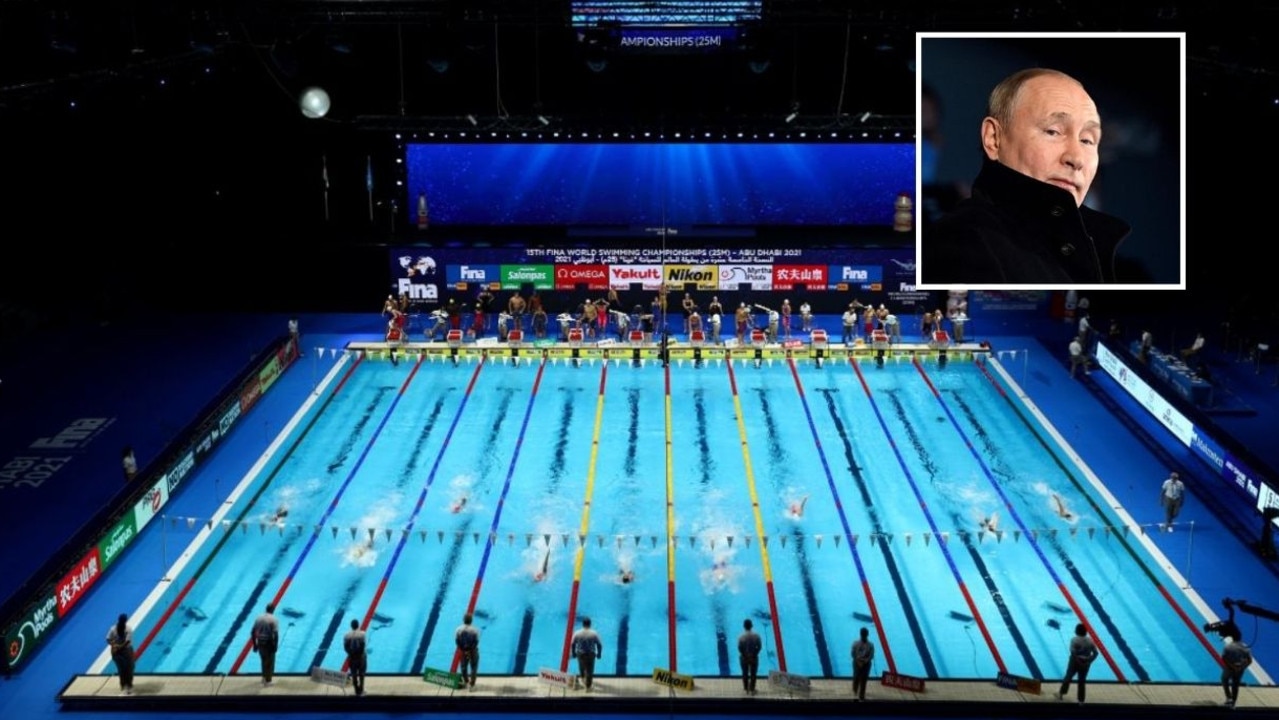 As the sporting world turns its back on Russia, one governing body has been blasted for its weak response to the Ukraine crisis.

The governing body of world swimming has been slammed for stopping short of canceling two major competitions scheduled to take place in Russia this year.

The sporting world has reacted swiftly to Russia’s invasion of Ukraine, with sporting bodies stripping Russia of the opportunity to host major events.

The UEFA Champions League Final has been moved from St Petersburg to Paris, while the Russian Formula One Grand Prix in Sochi has been canceled after pressure from leading drivers.

However, FINA has surprisingly refused to cancel two major championships that are set to be held in Russia this year.

The governing body did release a statement on Saturday, but it was nowhere near as strong as many in the swimming community were hoping.

FINA agreed to cancel water polo and diving events in Russia, but it wouldn’t commit to stripping Russia of the world junior and short course titles, saying it will wait and see for now.

“FINA is deeply concerned by the conflict in Ukraine,” FINA tweeted.

“We remain committed to the development of peaceful understanding through international sport.

“We are aware of the concerns of our Aquatics community, competition schedule remains under constant review. Updates will be provided.”

“While continuing to hold the view that sport should remain politically neutral, FINA condemns all acts of aggression and is extremely concerned by the escalation of conflict in Ukraine,” it said in a later statement.

“All athletes, including those preparing for the 19th FINA world championships Budapest 2022, deserve to feel safe in their training and competitive environment, and importantly, to be heard.

“FINA pledges to provide whatever practical support it can give to any member of our Aquatic family impacted by this situation.”

The softly-worded statement was blasted by swimming fans, who were hoping FINA would strip Russia of the hosting rights to those two world championships.

News Corp sports writer Todd Balym tweeted: “Such ap*ss weak organization. Which parent would happily send their kid to Kazan in Russia this year for a world junior swim titles?

“Instead of immediately looking after the safety of their athletes, they want to appease their maniac life member Putin. This sport is rotten.”

CODE Sports’ Lachlan McKirdy said: “With multiple events scheduled in Russia this year, it’s disappointing, but not surprising, that FINA has yet to join the likes of UEFA and the F1 in canceling or moving their 2022 events in the region.”

News Corp reports Swimming Australia is still planning on sending a team to the junior world championships, where the best underage swimmers compete.

In 2014, Russian President Vladimir Putin was awarded the FINA Order in recognition of his support in the organization of major FINA events on Russian soil.

The 2015 world swimming championships were held in Kazan.

“Russia is undoubtedly one of the most important and major powers in world sport,” then FINA president Julio Maglione said.

“These achievements are only possible thanks to the active support from the Russian authorities to Aquatics.

“The personal involvement of President Putin in this area greatly contributes to strengthen the fraternity between nations, improve the lifestyle and education of the youth in Russia and promote a healthier society, in a spirit of peace and friendship”, considered the FINA President during the ceremonial.”