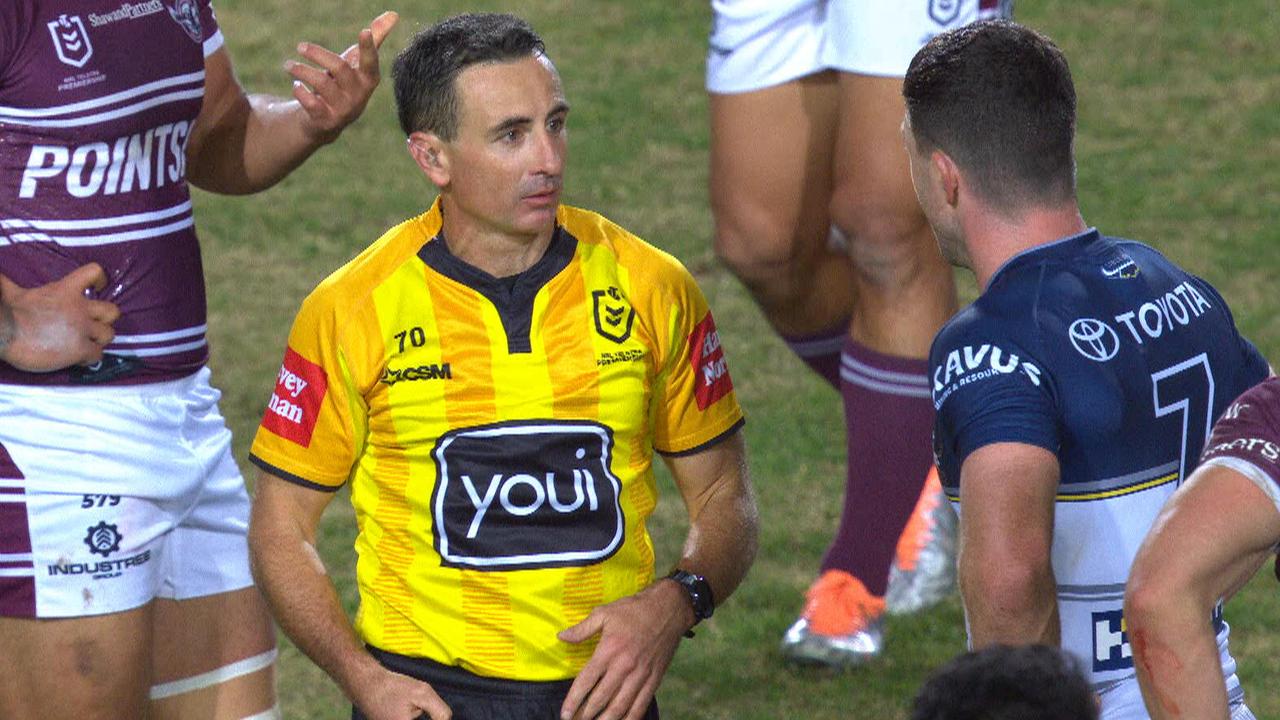 A furious Cowboys skipper Chad Townsend left referee Gerard Sutton red-faced after he protested his team calling for a captaincy challenge without his permission against the Sea Eagles.

In the 37th minute, Daly Cherry-Evans appeared to pass the ball to Kieran Foran with the ball ricocheting off the Cowboys, but referee Sutton ruled it was from the Cowboys and awarded the scrum to Manly.

However, several Cowboys players called for a captain’s challenge, prompting Sutton to wave to the bunker to take a look.

“It was a shambles out there,” Andrew Voss said on Fox League.

“He went to hit the Cowboys. The Cowboys will have to decide if they want to challenge that.

“Manly won’t argue if it came from the Cowboys.”

“The Cowboys are contesting the knock-on decision,” Sutton said.

However, the problem was that Townsend was not one of the Cowboys players who called for the challenge and the frustrated North Queensland captain vigorously protested the decision to review the game.

“The captain is calling the challenge,” Townsend said.

“I didn’t call him. I haven’t spoken to you. I tell you. It will come from the captain sir. This is the call.

‘NEXT TO NO CHANCE’: Maroons’ massive hit as first game heroes in doubt

‘Is that what you’re asking?’: Demetriou bristles at snagging Souths rookie

Sutton defended his decision to call a captain’s challenge before reversing his decision in unprecedented scenes.

“I’m sorry if it wasn’t you. I had three guys calling it and I thought you were one of them.

“Three other guys called him. They are not difficult.

“I thought it was Chad Townsend, but it wasn’t. It was Tom Dearden.

Voss was stunned by the unusual turn of events as the decision was overturned following Townsend’s spirited intervention.

“Did you see anyone get upset saying I’m not challenging?”

“I’m going to give the referee credit here because captain Chad Townsend said he didn’t say anything,” Cronk said.

“And that’s the captain’s challenge. So he canceled.