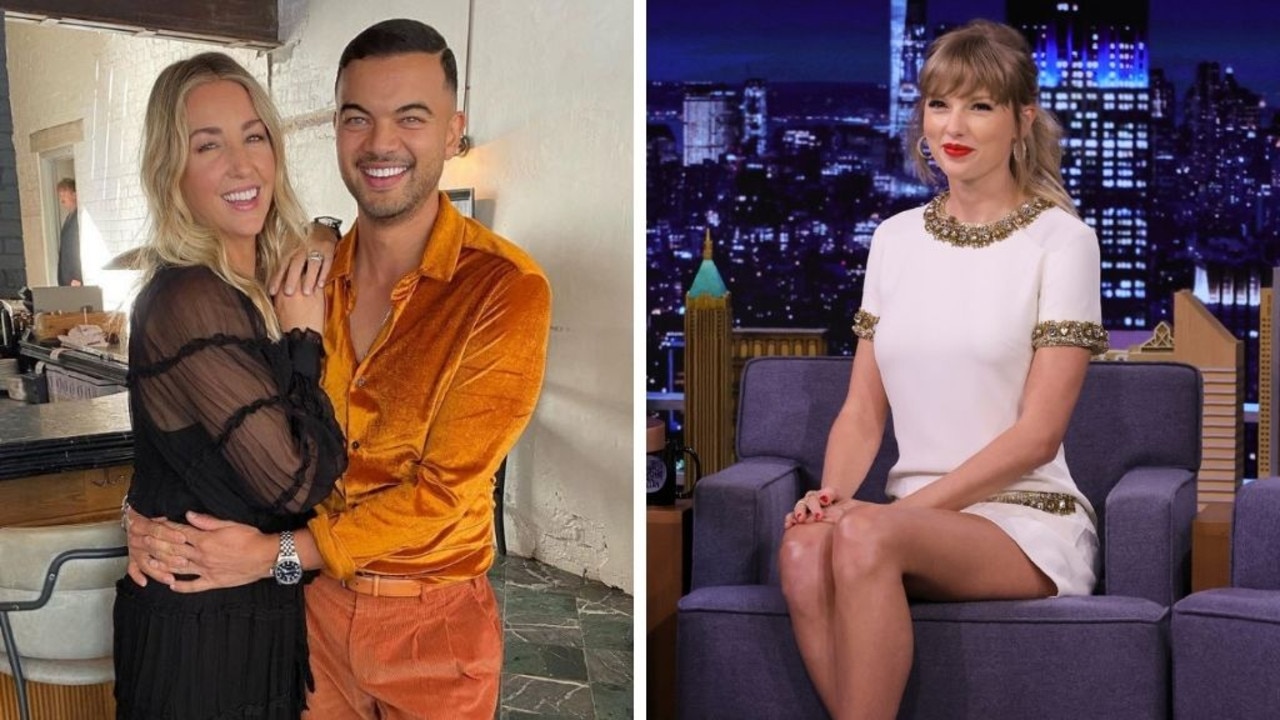 Guy Sebastian has faced a grilling in court about his performance for a conman and massive income from Taylor Swift gigs.

Guy Sebastian has told a court he regrets referring to “fat older feral women” in an email he sent to his former manager, who is on trial for allegedly embezzling about $900,000 owed to the singer.

Mr Sebastian said he was “not proud” of using the terminology in the email he sent in 2017 when questioning whether he should agree to perform as an unpaid support act for Shane Filan, who was a member of Irish boy-band Westlife touring the UK.

Details about the email came to light in the NSW District Court on Thursday when Mr Sebastian continued giving evidence at Titus Day’s trial.

“I had some questions about whether it was the right tour and the right fit,” Mr Sebastian told the court when asked about the email and his views on the Filan tour.

“With Mr Filan being an ex-boy-band member, I wasn’t sure if the demographic was correct. I thought I would stick out compared to the main show.

“At the time the music I was making was very electronic in nature.”

Mr Sebastian, who appears as a judge on The Voice Australia, said he emailed Mr Day to express those concerns and feedback he got from another person about the main demographic of audience members.

“She (the other person) said it was all fat older feral women,” Mr Sebastian wrote in the email.

“Are we scrapping corporates for it?”

In a shock development, the court was told the words “fat”, “older” and “feral” had been removed from a copy of the original email Mr Sebastian sent when it was tendered in court for the first time.

Mr Sebastian said he did not remove those words and he blamed Mr Day.

“When I do a search in my sent folder, I see the original sent message … when I go to the body, I see where there is a reply from Mr Day and that part is removed; it just says women,” Mr Sebastian told defence barrister Dominic Toomey SC.

Mr Sebastian performed at some of Mr Filan’s concerts, but the court was told Mr Sebastian left the UK before the tour finished because he did not like how the tour was going and was struggling with mental ill health.

Mr Day has denied any wrongdoing and pleaded not guilty to 50 counts of fraudulently embezzling money allegedly owed to Mr Sebastian, along with 50 alternative counts of larceny.

The court was told Mr Day had not paid Mr Sebastian what he was owed for performing at a wedding at the exclusive Doltone House venue because a conman duped the pair.

When Mr Toomey suggested proceeds from the $494,000 owed for performing at four Taylor Swift concerts in 2013 were spent on buying shares in a company called My Medical Records (MMR), Mr Sebastian hit back.

“I definitely didn’t purchase those shares.”

After Mr Sebastian said he never raised the allegedly missing income from the Taylor Swift concerts with police until 2020, Mr Toomey produced an email which he said suggested Mr Sebastian gave instructions to Mr Day to purchase the MMR shares worth USD$130,000.

“This is the first time I’ve ever seen this email and I’ve done extensive searches for this information,” Mr Sebastian responded.

During the exchange, Mr Toomey said to Mr Sebastian, “You didn’t want to pay tax on the moneys that had been paid to you for your support of Taylor Swift.”

“That is possibly the most ridiculous thing I’ve ever heard,” Mr Sebastian said in response.

“I don’t think about tax. If there’s a question about tax, you’re more than welcome to ask my accountant.”

When pressed further on his tax affairs, Mr Sebastian said he did not know the estimated dollar values attached to deals he had to be ambassadors for companies where he received in-kind payments like cars, flights and equipment.

Mr Toomey said a deal between Toyota and Mr Sebastian was valued at more than $140,000.

“I’m not privy to whatever those arrangements are,” Mr Sebastian said.

“I wouldn’t say it’s a lucrative deal … I don’t own the cars. I don’t know what it costs to lease two cars.”

The court heard a Bluefin boat Mr Sebastian received to perform at a Queensland festival was worth less than the $130,000 to $150,000 he would usually be paid for such a gig.

Mr Toomey told Sebastian “you justified it [accepting the boat] in part on the basis that after tax if you’d been paid in cash, and after commissions, you’d be at about the same point”.

“You thought you wouldn’t have to declare the value of the boat as income and therefore would not have to pay tax on it,” Mr Toomey said.

Mr Sebastian said he “wouldn’t have been thinking that way”.

“Do not answer that question,” Judge Gartelmann told Sebastian.

“There’s a legal matter I need to address before we carry on with evidence.”

The trial resumes on Monday.