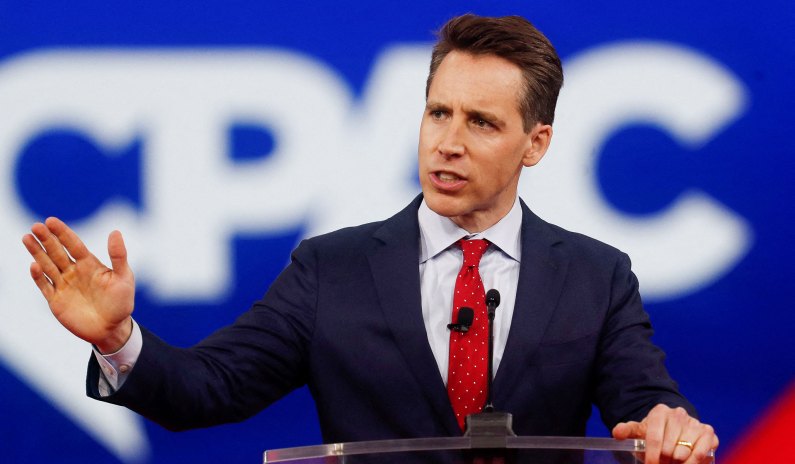 Senator Josh Hawley said on Saturday that the former Republican Party “is dead” after its significant underperformance in the midterm elections.

“The old party is dead. It’s time to bury him. Build something new,” the Missouri senator said.

After anticipating a “red wave,” the GOP has failed to deliver expected returns in numerous House and Senate races. According to the latest results, the GOP is expected to barely capture the former and Democrats will retain control of the final chamber.
The balance of power in the Senate has solidified after the Democratic candidate Catherine Cortez Masto announced the victory against Saturday, former Nevada Attorney General Adam Laxalt.

Members of the pro-Trump House Freedom Caucus are currently trying to disrupt House GOP Leader Kevin McCarthy’s bid to become House Speaker. They began drafting a list of conditions, putting McCarthy in a precarious position given that he must receive 218 votes to assume it.

Infighting between Republican leaders has ensued since the midterm bust. Many Trump-backed candidates lost their races or had smaller margins of victory than more moderate Republicans, indicating that many voters wanted to leave the MAGA movement. Many Republicans argue the result was a rejection of Trump’s involvement and influence in the GOP. More concrete evidence of this is Governor Ron DeSantis’ slam dunk re-election in Florida, where he topped his opponent among many demographics and groups considered Democratic blocs, such as Hispanics.

Hawley, who is advocating for a party overhaul, is part of the more populist MAGA wing. A Trump loyalist, he is remembered for raising his fist in solidarity with the crowd of Trump supporters gathered outside the Capitol on January 6. In July, Hawley doubled down on his gesture, saying he regretted “nothing” he did. That day.

“I don’t regret anything I did that day,” Hawley told CNN at the time. “And I want to thank – say thank you for all the help with my fundraising. It was great.