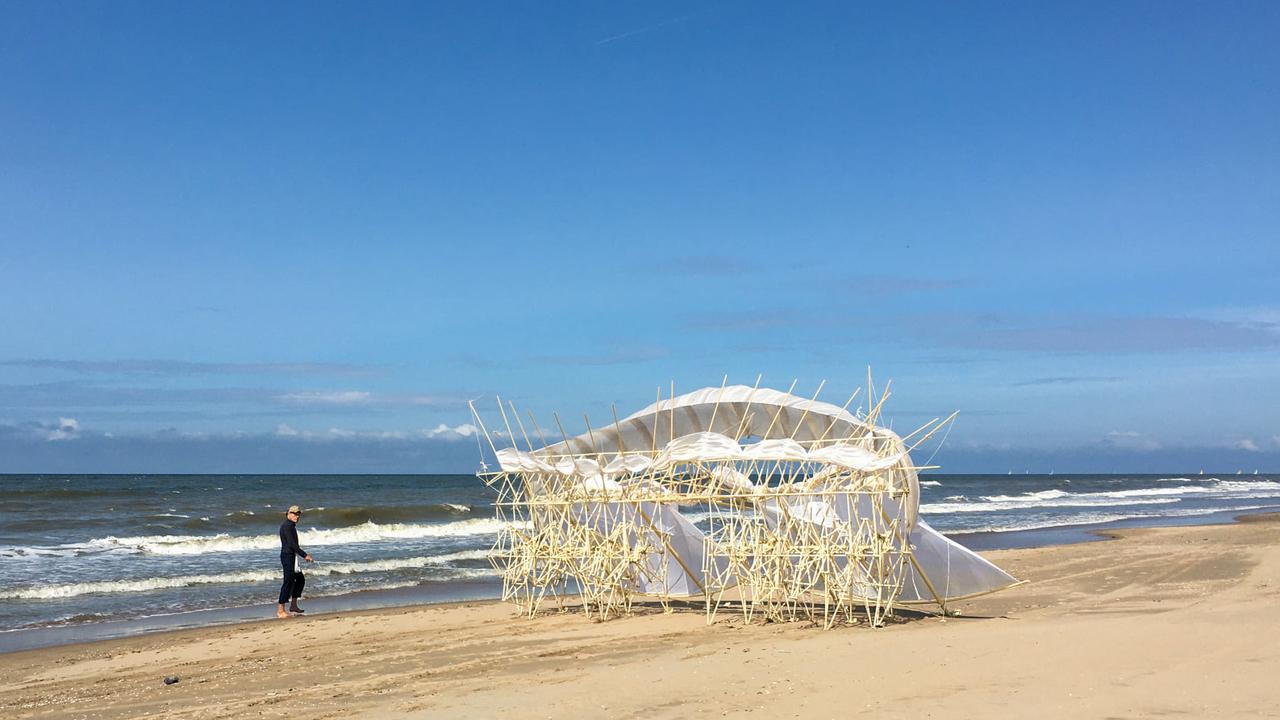 At first glance it appears to be a photograph showing a beautiful day at the beach, but what’s on the shoreline is both terrifying and enthralling unsuspecting visitors.

Tourists who wish to soak up the sun at picturesque beaches in the Netherlands are instead being greeted by a horrifying surprise.

A series of rare and eye-catching sculptures by Dutch artist and inventor Theo Jansen are being found at various beaches. Said to be a fun fusion of art and engineering, the “Strandbeest” are kinetic sculptures that are like skeletons … that move.

Made from yellow plastic tubes, they can walk on their own, getting energy from the wind.

Jansen has previously said of his creations: “I make skeletons that are able to walk on the wind, so they don’t have to eat. Eventually I want to put these animals out in herds on the beaches, so they will live their own lives.”

And so he did.

The sculptures have become so well-known that they were even featured in an episode of The Simpsons called The Nightmare After Krustmas with Theo Jansen as a cartoon character.

And many people are freaking out over a recent video and images posted online, saying they look straight out of a nightmare.

Commenter Sue wrote: “Actually quite horrifying. I’d hate to be surprised by one of these crazy looking things interrupting my peaceful beach experience.”

Pearly agreed: “Genius but they give me the creeps.”

And Linda said: “Interesting/amazing but down right strange and scary.”

To which Deborah responded: “Amazing, but stuff nightmares are made of.”

Many marvelled at the remarkable engineering.

Denise said: “I appreciate the ingenuity … just not sure how I feel about this.”