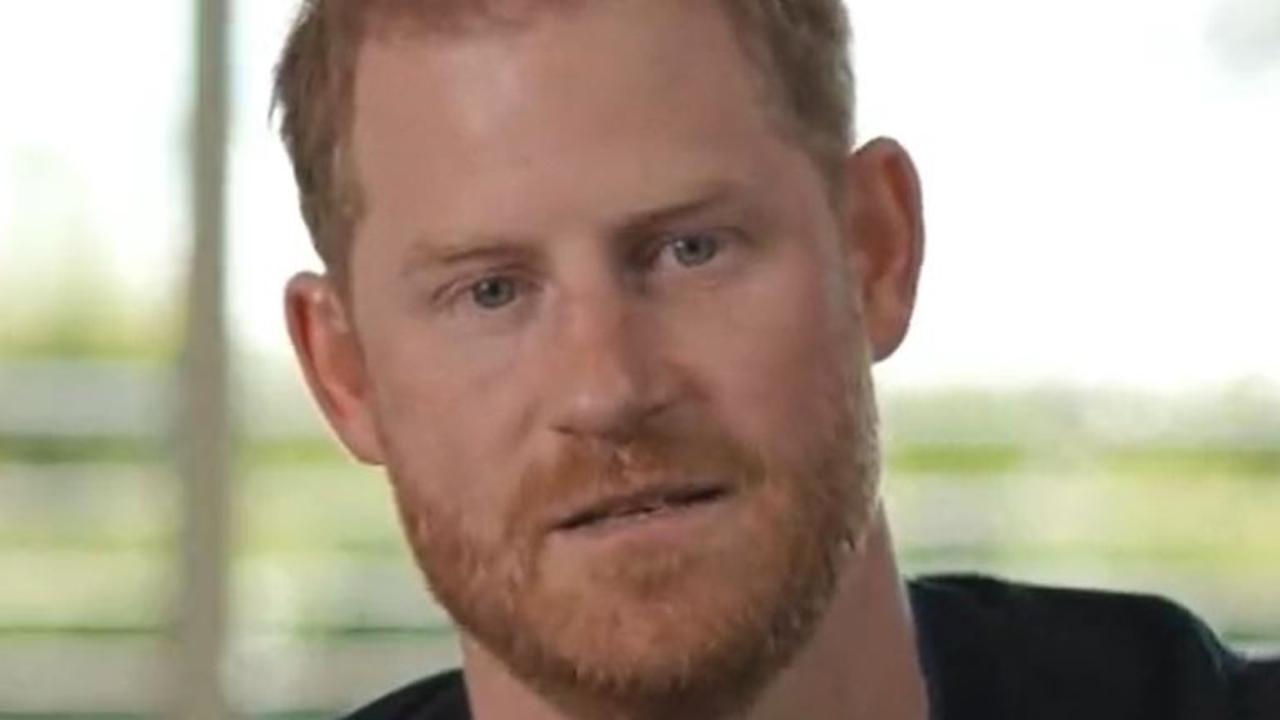 There’s on thing that Prince Harry and Meghan Markle keep doing – but it goes against what they claimed when they left the royal family.

Getting a royal warrant – that is the seal of official royal commercial approval – is highly prestigious stuff. Since the 15th century, the British monarch and their heirs have happily slapped their seal of approval on everything from champagne to umbrellas to horse feed.

(Notably in 2018, the Queen’s bra fitter Rigby & Peller lost their royal warrant after her former official “corsetiere”, who sits on the company’s board, wrote a book.)

But so far, no law firm has ever been bestowed with this particular honour, perhaps because the royal family has generally not needed the crafty, cunning ways of the legal profession with such regularity that it made sense. (That, or they are not very keen on advertising their willingness to throw their legal weight around.)

That, of course, was in the before times: Before Harry and Meghan, the Duke and Duchess of Sussex abruptly chucked in the royal game to ostensibly make podcasts and talk about compassion with stultifying predictability.

Because never before have London’s top lawyers raked in so much in legal fees from a member of the Queen’s family.

While the house of Windsor has long had their go-to companies, from sausages to an official supplier of sacks and bags, in this brave new post-Megxit world, the Sussexes have provided so much work for top tier firm Schillings that they have basically created the first royal legal warrant by default.

This week, Harry launched the latest in his ever-growing list of lawsuits, with news breaking on Thursday that he has launched libel action against the Mail on Sunday’s publisher over a story published which alleged he had tried to keep details of his legal battle to reinstate police protection while in the UK, secret from the public.

Social media uttered a collective and long sigh – another lawsuit? REALLY? He’s now suing about the coverage of one of his lawsuits?

In the last two and a half years, Meghan has also previously taken legal aim at the Mail’sparent company and won, while Harry has filed claims over alleged phone hacking against News Group Newspapers, which publishes The Sun (owned by News Corp which also owns news.com.au), and Reach, which publishes The Mirror.

The Duke is also currently in the midst of a courtroom showdown with the Home Office, and has applied for a judicial review of the Metropolitan Police’s decision to remove his official protection.

Last year he accepted an apology and “substantial damages” from the Mail on Sunday after they put out a story alleging he had snubbed the Royal Marines, of which he was then the Captain General, after quitting royal duties.

Then there was the real eyebrow-raiser that came days after the birth of Harry and Meghan’s daughter Lilibet in June last year.

After the BBC reported that the Sussexes had not asked the Queen permission to co-opt her childhood nickname for their bub, Schillings sent out letters to British news broadcasters and publishers, saying the claim was false and defamatory.

And now, we have this latest legal strike.

Anyone else have, not so much deja vu, but serious, bone-aching fatigue here?

Is Harry bored? Collecting frequent suer points? Trying to recreate the cut and thrust of the legal milieu for wife Meghan post-Suits?

Thus far, the couple has characterised their seeming passion for combative courtroom manoeuvring as a battle between right and wrong.

He wrote a highly personal statement when Meghan’s Mail on Sunday suit was announced in October 2019, saying, “There comes a point when the only thing to do is to stand up to this behaviour, because it destroys people and destroys lives” and, “I’ve seen what happens when someone I love is commoditised to the point that they are no longer treated or seen as a real person.”

When the Duchess triumphed in December last year, she said in a statement, “This is a victory not just for me, but for anyone who has ever felt scared to stand up for what’s right.”

However, as much as they might want to cast their various litigious salvos as they bravely face off against dark forces intent on bringing them down, this also looks suspiciously like them being totally and utterly unable to let go of any perceived slight or wrong.

And that’s where things get even more puzzling.

When they first announced Megxit in 2020, they said their new life outside the confines of royal life would give them “the space to focus on the next chapter, including the launch of our new charitable entity”.

Oddly, this “next chapter” actually looks a lot like incessant score-settling with old adversaries.

And that right there is the catch; the disconnect between their rhetoric of pep and positivity and then their decision, time and again, to pursue antagonistic campaigns against their British bete noires.

For example, in January last year, a source close to the couple told ever-sympathetic People that Harry and Meghan were “hoping 2021 can be a time of healing not just for the world, but for their family.”

Then, just over a month later, the world learned they would sit down with Oprah Winfrey for a tell-all interview in which they proceeded to haul the house of Windsor over the coals in the most painful way possible.

Also last year they launched the website for the charitable foundation, writing, “Our mission at Archewell is to drive systemic, cultural change – one act of compassion at a time. “We believe that compassion is at the core of all culture and connection in this world.”

Powerful stuff. So where was this much vaunted compassion when it came to their treatment of his family?

I’m not suggesting for a moment they don’t have completely legitimate grievances against the titled lot of ‘em but why air all that hurt in prime time? Quite, where is the compassion in that?

It comes down to this: they keep loudly promising that they are going to become Brent Brown, Oprah Winfrey, and Bill Gates all rolled into one sublime hashtagging, world-changing, Vogue cover-starring wonder couple.

The reality is a different beast altogether, with the vast, vast majority of headlines they have generated over the last two years not the result of them producing documentaries or podcasts or charity campaigns, but the fact they seem to permanently be embroiling themselves in new courtroom and media stoushes.

They seem to spend a staggering amount of time feuding with various antagonists back in the UK which is odd for two people supposedly intent on building wonderful new lives defined by positivity. Won’t someone think of their chakras?

It’s not only the press who has been in the duo’s crosshairs with the first anniversary of that incendiary Oprah outing fast approaching, and which Harry followed up with an eye-popping series of claims on the Armchair Expert podcast and then interviewed for his own Apple+ TV series The Me You Can’t See, where he took aim at his upbringing and introduced the world to the notion of ‘genetic pain’.

This campaign is far from over. Later this year, Harry will publish his memoir after receiving a reported $27 million advance. For that sort of cash, you would have to assume he still has an impressive assortment of bombshell revelations up his sleeve, the sort that should be keeping the corgis up at night.

Harry and Meghan clearly feel like they have suffered and been treated poorly, by both the royal family and the press. We can debate how much credence this viewpoint deserves another day; what I’m fascinated by is the motivation underlying these never-ending legal interventions.

The question that has never really even begun to be answered is: Why? Why go after his family again and again? Why get bogged down in lawsuit after lawsuit? What does he think he is going to change or achieve?

If their former lives were so traumatic, why are they so spectacularly unable to move on from them? If they have suffered so much, why isn’t that world in their rear view mirror as they plot a course into their bright future?

They have an enormous house, two very cute kids and a stonking $200 million or so coming their way thanks to their deals with Netflix, Spotify, Penguin and Random House, along a charitable foundation to get off the ground and yet they remain on a permanent war footing.

Having moved 8500km away from Britain, they are still investing an inordinate and befuddling amount of time, energy and money in trying to hammer home the same points time and again about Fleet Street and his family.

It is hardly as if this pugilistic approach is cheap or easy in any regard. The Home Office has, according to the Daily Mail, “vowed to make him fork out for ‘excessive’ legal costs caused by the case – which experts warned could total up to £400,000 ($A748,000).” The mind boggles at what all of this must be costing them.

There is another danger to this ludicrous litigiousness. They are clearly more than willing to call in the lawyers at the drop of a hat but what that has done is inadvertently create a situation where if a story appears containing some sort of controversial detail or revelation, the tacit implication is now that if they don’t sue it means the information is correct.

Talk about creating a wildly expensive legal rod for their own backs.

With Prince Andrew’s millions of pounds of legal fees resulting from his (now-settled) civil sex abuse lawsuit and Prince Charles’ charity being investigated by the police into an alleged cash-for-honours scheme and of course the Sussexes, the royal family has created a legal gold rush.

So, if the palace can slap royal warrants on tea bags and saddle-suppliers then surely it’s time they start doing the same with legal firms. Heaven knows they are using them more than their official broomstick supplier (really).

Daniela Elser is a royal expert and a writer with more than 15 years experience working with a number of Australia’s leading media titles.