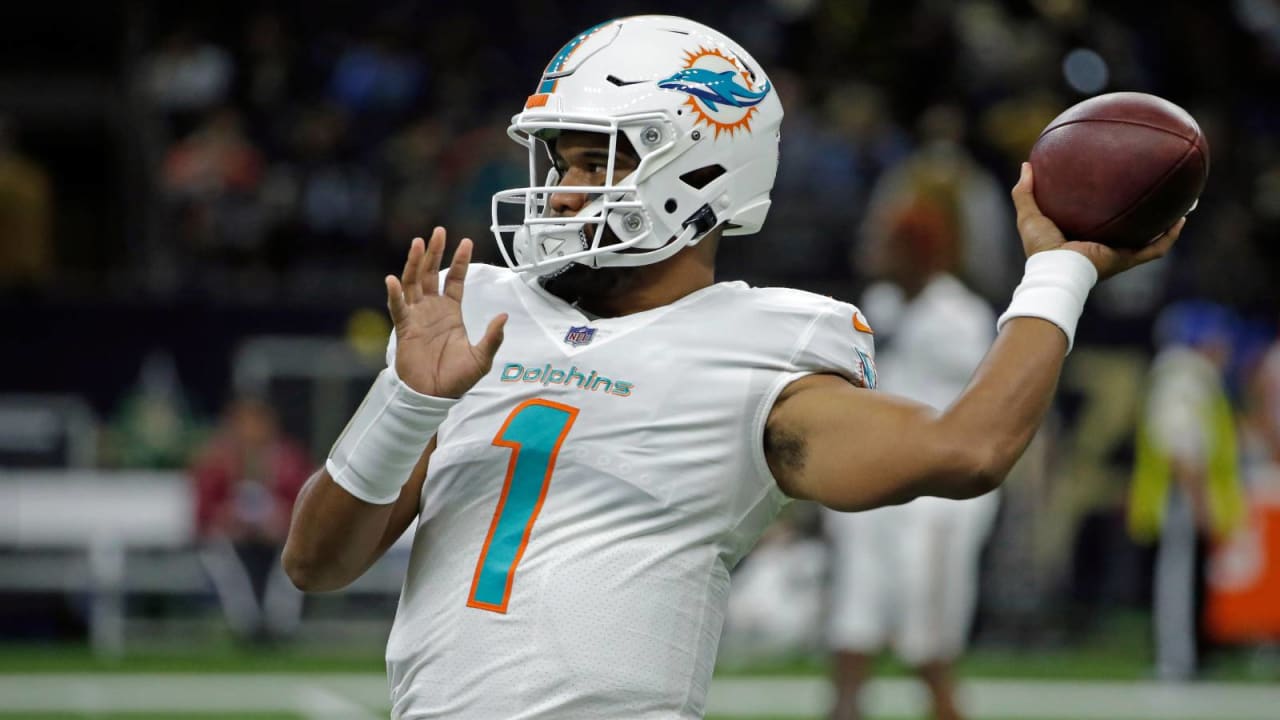 The Miami Dolphins shut the door on ﻿Deshaun Watson﻿ rumors, unequivocally thrusting their support to quarterback ﻿Tua Tagovailoa﻿ in Year 3.

“I’m really excited moving forward because the guy has some skills that I think are untapped,” he said. “I think it’s important that you empower the quarterback with the rest of the players around him and the scheme you bring forth. So, I think his best days are in front of him. And that’s a really cool piece of the process to be part of as a coach.”

In Year 2, Tua flashed the ability to make quick reads and accuracy over the middle, which mesh perfectly with McDaniel’s system. However, with offensive line struggles, the QB didn’t threaten deep much — 13 attempts of 20-plus yards — which is an area the Dolphins can grow in 2022.

McDaniel has been part of several coaching staffs that helped maximize quarterbacks in the past. He was in Washington when Robert Griffin III blasted onto the scene. He was in Atlanta for Matt Ryan’s MVP season. And he was in San Francisco for ﻿Jimmy Garoppolo﻿’s best season.

McDaniel said maximizing a player’s talents is the top priority of any coach in the NFL.

“As a coach, you’re sitting there looking at each individual player and regardless of what’s happened before or what’s going to happen after, as a competitor, you’re saying ‘I want your best year attached to a year that I’m coaching you,'” he said. “So that’s something that I think is a driving force really when you are able to get a player maybe a couple years into the league but his first year in the system. That’s something that our coaching staff is prepared to do and accepts that challenge and understands what it is, and can take complete ownership of it.”

The 2022 campaign is pivotal for Tua and the Dolphins. If McDaniel’s system highlight’s his strengths and builds on his weaknesses, Miami has the nucleus to be a contender. If the QB struggles, it’s likely back to the drawing board in 2023.