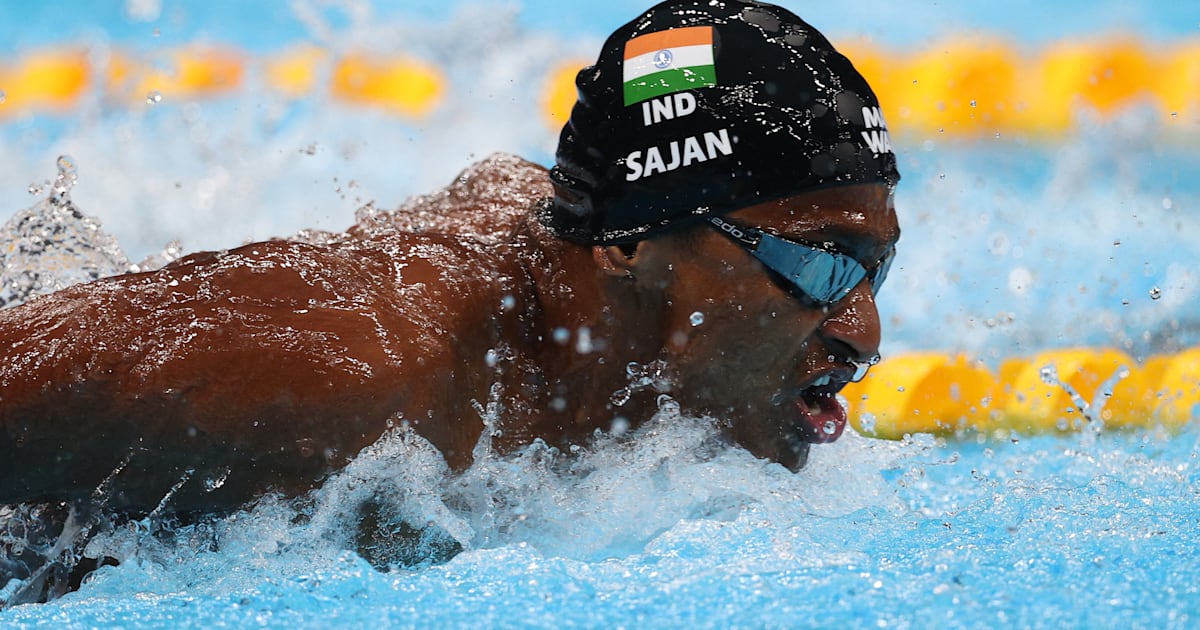 Tokyo Olympians Sajan Prakash and Srihari Natarajalong with newbies Kushagra Rawat and Advait Page, will represent the Indian swimming team to Commonwealth Games 2022 which will be held in Birmingham, UK, from July 28 to August 8.

The Indian swimmers were considered for four available quotas after reaching the qualifying mark set by the Swimming Federation of India (SFI). The CWG swimming events will take place from July 29 to August 3.

This will be Sajan Prakash and Srihari Nataraj’s second consecutive CWG appearance. The duo, along with Virdhawal Khade, competed at Gold Coast 2018.

Sajan Prakash, who became the first Indian swimmer to qualify directly for the Olympics last year, will compete in the men’s 50m, 100m and 200m butterfly events at Birmingham 2022.

Kushagra Rawat and Advait Page will compete in the men’s freestyle categories.

India is yet to win a medal in swimming at the Commonwealth Games.