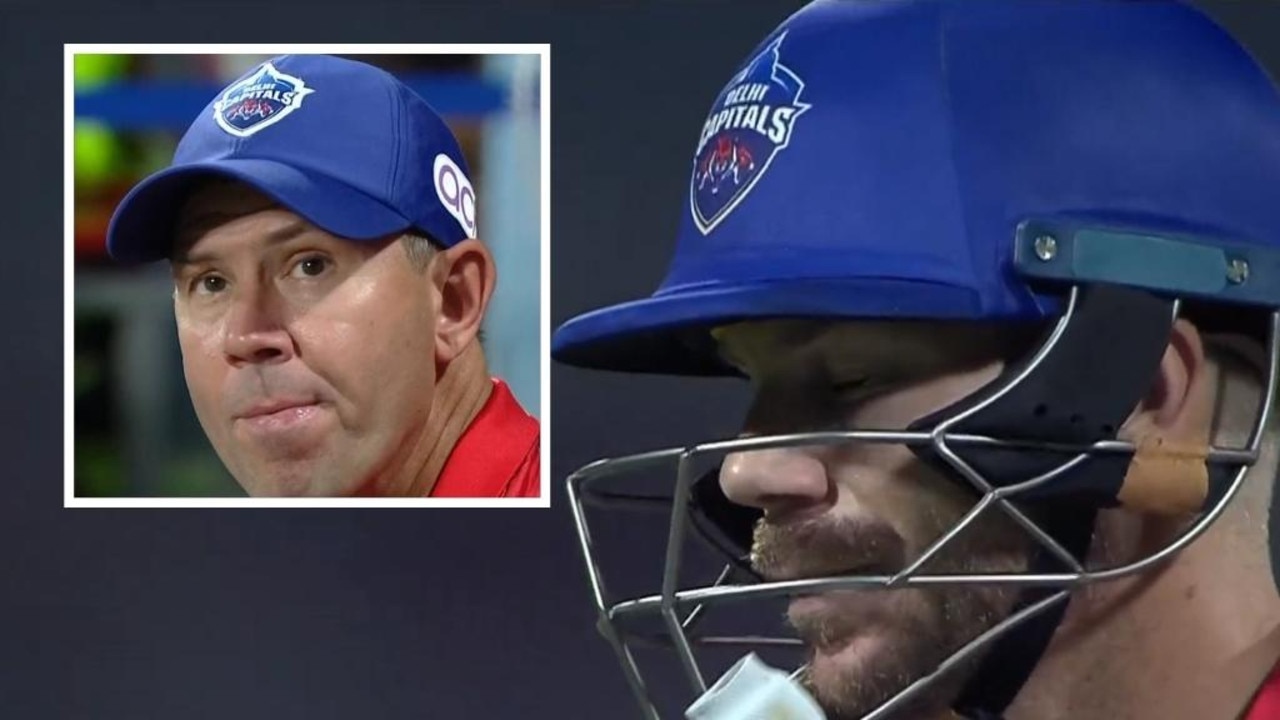 Australian cricketer David Warner was left red-faced after a bold strategy to switch ends with his Delhi Capitals opening partner backfired dramatically in the Indian Premier League on Monday evening.

After the Punjab Kings won the toss and elected to field first in Mumbai, Warner and teammate Sarfaraz Khan strolled out into the middle to open the batting for Delhi.

But when Warner noticed that England off-spinner Liam Livingstone was preparing to bowl the first over, the Australian asked to swap places with Khan, who had already taken guard at the striker’s end, so he could face the opening delivery.

Warner tried to slice Livingstone’s first ball through the covers, but instead the thick outside edge flew towards Rahul Chahar, who claimed a simple catch at backward point.

The 35-year-old gingerly returned to the sheds for a golden duck, his first in the IPL since 2013.

Warner was replaced by countryman Mitchell Marsh, who top-scored for Delhi with a blistering 63 off 48 balls, featuring four boundaries and three sixes.

Delhi made 159/7 from their 20 overs, with Livingstone claiming his best bowling figures in IPL cricket — 3/27 off four overs including the prized wicket of Indian wicketkeeper Rishabh Pant.

It was Delhi’s seventh win of the 2022 campaign, pushing them up to fourth on the IPL ladder.

“It’s been one of those seasons where we’ve been stop start. In long tournaments like this, it’s about peaking at the right time,” Marsh said.

“I think over the last week or 10 days, we’ve played some really good cricket and that’s a really good sign. We’ve got one more to go.

“We know if we win that, we’ll be in the finals and we can give it a real good shake. I’ve got great belief in this team.”

Warner has been Delhi’s highest run-scorer this year, registering 427 runs in 11 matches at an average of 53.37 — nobody has scored more IPL runs at a better strike rate (151.95) than the left-handed Australian phenom this year.

The Capitals will need to defeat the Mumbai Indians on Saturday evening to book their place in the finals.