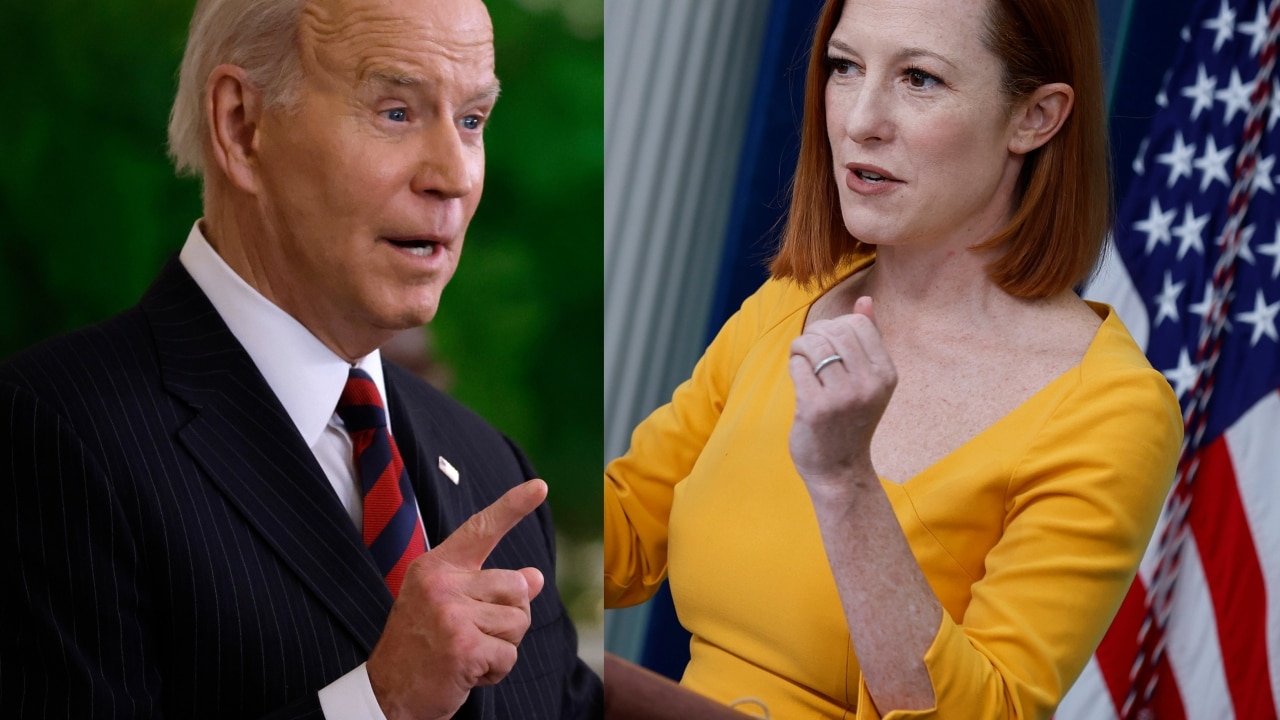 The White House Press Secretary pointed to a mistake from the Kremlin who slapped its own sanctions on the United States and its top government officials over further bans on Vladimir Putin and Russian oligarchs.

The Biden Administration has joked about the Russia sanctions imposed on a number of its top officials as the Kremlin retaliates over further bans from the West.

The sanctions will impede the officials from entering Russia and freeze any assets – likely to be none – they hold within the country.

But Ms Psaki saw the funny side of the impositions by pointing out a mistake in a press release from the Kremlin.

She joked it might have sanctioned President Biden’s late-father instead of the current leader of the US after Russian officials left the junior suffix off his name.

“I would first note that President Biden is a ‘junior,’ so they may have sanctioned his dad. May he rest in peace,” she said in response to a reporter’s question about the sanctions.

An unbothered Ms Psaki then flagged none of the impacted officials were “planning tourist trips” to Russia.

“None of us are planning tourist trips to Russia, none of us have bank accounts that we won’t be able to access, so we will forge ahead,” she said.

The Kremlin quickly corrected its sanctions was against “President J.Biden” in a press release from the Russian Ministry of Foreign Affairs.

Ms Clinton also made light of the news on Twitter.

“I want to thank the Russian Academy for this Lifetime Achievement Award,” she wrote alongside a photo of the list of officials.

The statement from the Kremlin explained the move was in retaliation to the various sanctions the US imposed on Russia since the invasion almost three weeks ago.

Russia states it is “an inevitable consequence of the extremely Russophobic course taken by the current US Administration, which, in a desperate attempt to maintain American hegemony, has relied, discarding all decency, on the frontal constricting of Russia”.

“At the same time, we do not refuse to maintain official relations if they meet our national interests, and, if necessary, we will solve problems arising from the status of persons who appear on the ‘black list’ in order to organize high- level contacts,” it continued.

It also warned more sanctions were on the way for American lawmakers, military, businessmen and the media.