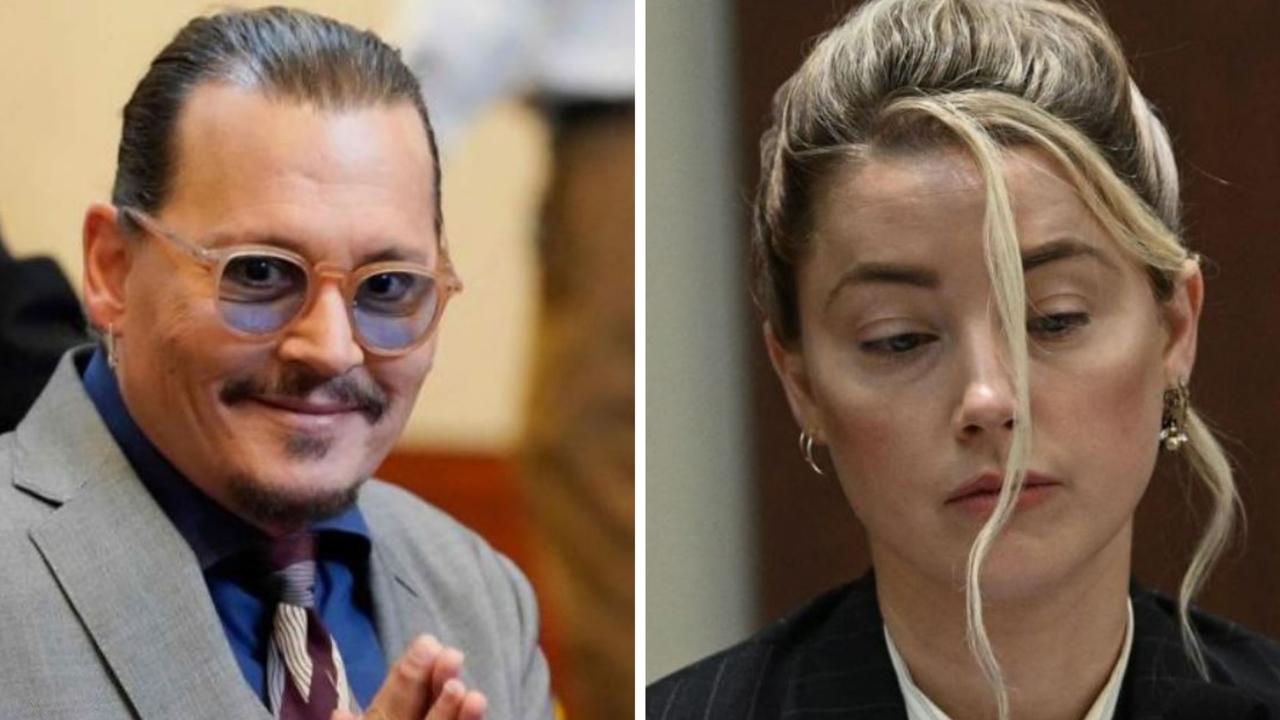 Jurors at the court case of Johnny Depp and Amber Heard have heard audio of an explosive argument between the pair where she repeatedly tells the Hollywood star to “suck my d-ck” while he claims her “jealousy is so tragic”.

Heard is under cross examination in a defamation case between the pair.

The trial at the Fairfax County Court House in Virginia, close to Washington DC, saw a schedule for the couple’s 2015 wedding that included time set aside to do “drugs” and claims that Depp got Heard her role in the Aquaman film.

A picture was also shown of the couple’s trip to Australia where Depp’s injured finger was clearly visible. It was in Australia where Heard has claimed a bitter fight led to Depp injuring himself. But he claims his injury was caused by her throwing a bottle at him.

Depp’s team spent much of the day questioning Heard’s abuse claims and trying to paint her as a partner who refused to give her husband “space”. Heard strenuously denied the claims from Depp’s solicitor Camille Vasquez and said that recordings of her being pleading with her husband to not leave her alone were actually her desperate attempts to dissuade him from leaving her side to take drugs.

Heard is being sued by Depp for $US50million ($A67m) for implying he abused her in a 2018 Washington Post op-ed. Although she did not name him, he claims her allegations are false and cost him lucrative movie roles.

Ms Heard has countersued, asking for $US100 million ($A134m) and claiming she suffered “rampant physical violence and abuse” at his hands.

On Tuesday, Ms Vasquez from Depp’s legal team, played a lengthy recording of the couple arguing, at some points incoherently, while insulting one another.

During the clip, Heard can be heard repeatedly telling Depp to “suck my d-ck” and said he was a “washed up piece of s-it”.

“You’re a f-cking kid yourself, I wish I hadn’t bought into any of the lies you sold.”

Depp replied that Heard is a “spoiled brat” and says she is a “joke” in the entrainment industry.

“Your jealously is so tragic,” Depp said.

He then tells her to run off to “one of your 15 other houses”.

“We spoke to each other in a really horrible way.”

Drugs on the wedding schedule

It was put to Heard that it was Depp that had got her the role in Aquaman.

Heard pushed back against the suggestion. “No, Miss Vasquez. I got myself that role by auditioning.”

The court was also shown a wedding schedule, created by Heard, for the couple’s nuptials in the Bahamas in 2015.

On the list, which included items such as breakfast and lunch and the time of rehearsals, is an entry which said “dance party, drugs and music.”

Depp’s legal counsel put it to Heard that she was not actively trying to steer Depp away from drugs as she claimed given the schedule.

Heard replied that the schedule was a draft, it was altered in its final form and the drug references were removed.

She also said she never denied taking drugs with Depp earlier in the relationship but that had stopped.

Shortly after the wedding, in March 2015, the pair went to Australia. It was during this trip that Heard has alleged Depp sexually assaulted her with a bottle – claims he has denied.

It was at some point during the day that included that incident that Heard said Depp injured his finger losing the tip.

It was her “best guess,” she said, that the injury occurred following Depp smashing up an antique phoned attached to the wall.

But Ms Vasquez said “Mr Depp lost his finger after you threw a bottle of him.

“You’re the one who assaulted someone with a bottle in Australia, isn’t that right?”

The jury was shown an image of Depp and Heard on a boat during their Australian trip where Depp’s finger, in a splint, could clearly be seen.

Head was accused of “incessantly texting” Depp and hounding him.

In one distressing recording, Heard pleads with Depp not to go to an appointment.

“It causes me so much stress when you walk away from me.”

Crying, she said “Please stop, let’s just go on with our night, you’re killing me”.

Depp replied: “let me go and I’ll speak to you in a couple of hours. F-cking let me leave.

“I don’t wasn’t this conversation any more. I need space. And I will take my space whether you like it or not,” he added.

Ms Vasquez said Depp was merely trying to get into his house to see his daughter Lily Rose.

Heard said while Lily Rose may have been there, the reality was he was going to embark on a “bender” and she was desperately trying to stop him.

“I knew that pattern by the time this recording happened.”