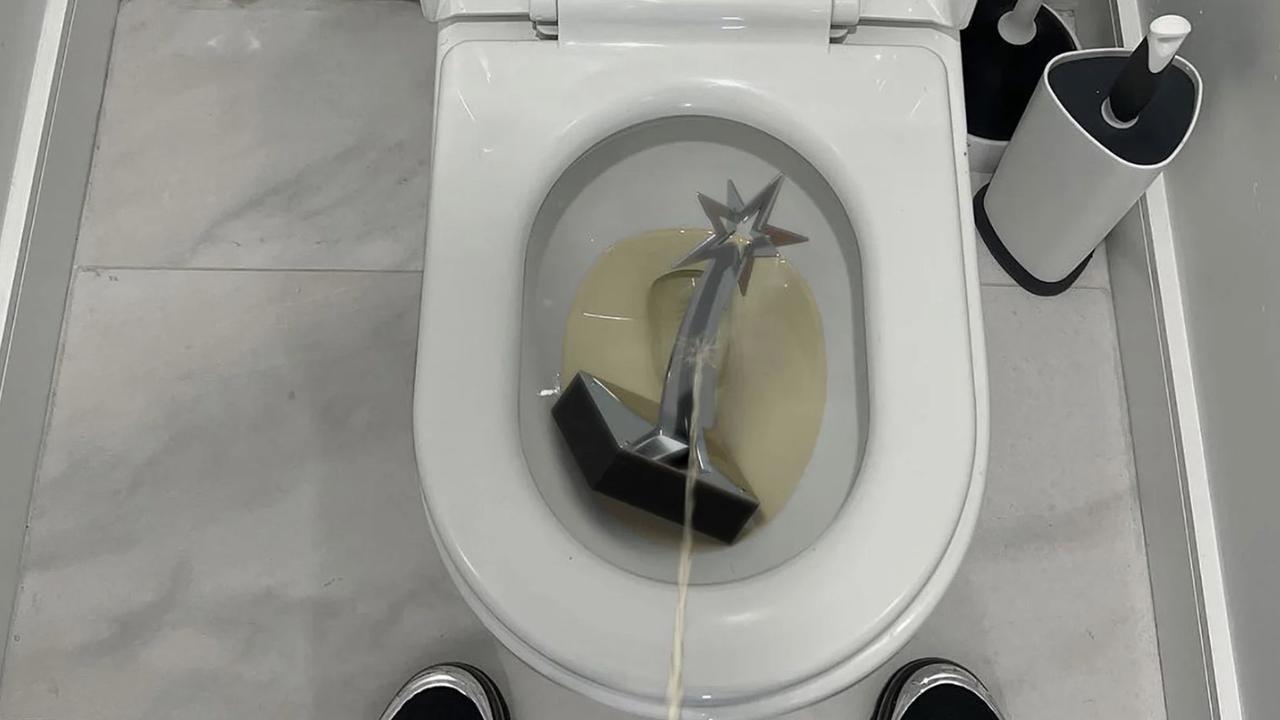 Lil Nas X is not happy about being snubbed at an upcoming awards show, taking to Instagram with an explicit photo as he hit out at the “homophobia in the black community.”

The 23-year-old US rapper released the artwork for his new single, Late to Da Party, on Friday, which shows the Old Town Road sensation peeing on his 2020 BET (Black Entertainment Television) Award that’s already soaking in bodily fluid in a toilet.

He also released a lengthy statement – which he wrote as part of a minute-long Star Wars-style text crawl – that addressed how BET “betrayed” him ahead of its upcoming awards show this Sunday.

The diss track comes as Nas X was completely snubbed by the 2022 BET Awards, which will air on Sunday.

“thank you bet awards. an outstanding zero nominations again,” he wrote in a thread of now-deleted tweets, according to Billboard, after the nominations were announced. “black excellence!” he sarcastically added.

“this not over no bet award this is about the bigger problem of homophobia in the black community, y’all can sit and pretend all u want but imma risk it all for us,” he again reportedly tweeted on June 7.

Making sure the track made headlines before the awards air, Nas X has been teasing the new tune, which features YoungBoy Never Broke Again.

According to the Star Wars-inspired teaser, “NBA Youngboy is on house arrest, trapped on the isolated planet HATU. The Brutal Empire of Terror (BET) has betrayed Lil Nas X, turning their back on him after using him for clout.”

The BET Awards was founded in 2001 by the Black Entertainment Television network to celebrate African-Americans in music, acting, sports and other fields of entertainment.

Nas X is a notable omission among the nominees for Best Male R&B/Pop Artist, which include Chris Brown, The Weeknd, Blxst, Giveon, Lucky Daye, Wizkid and Bleu.