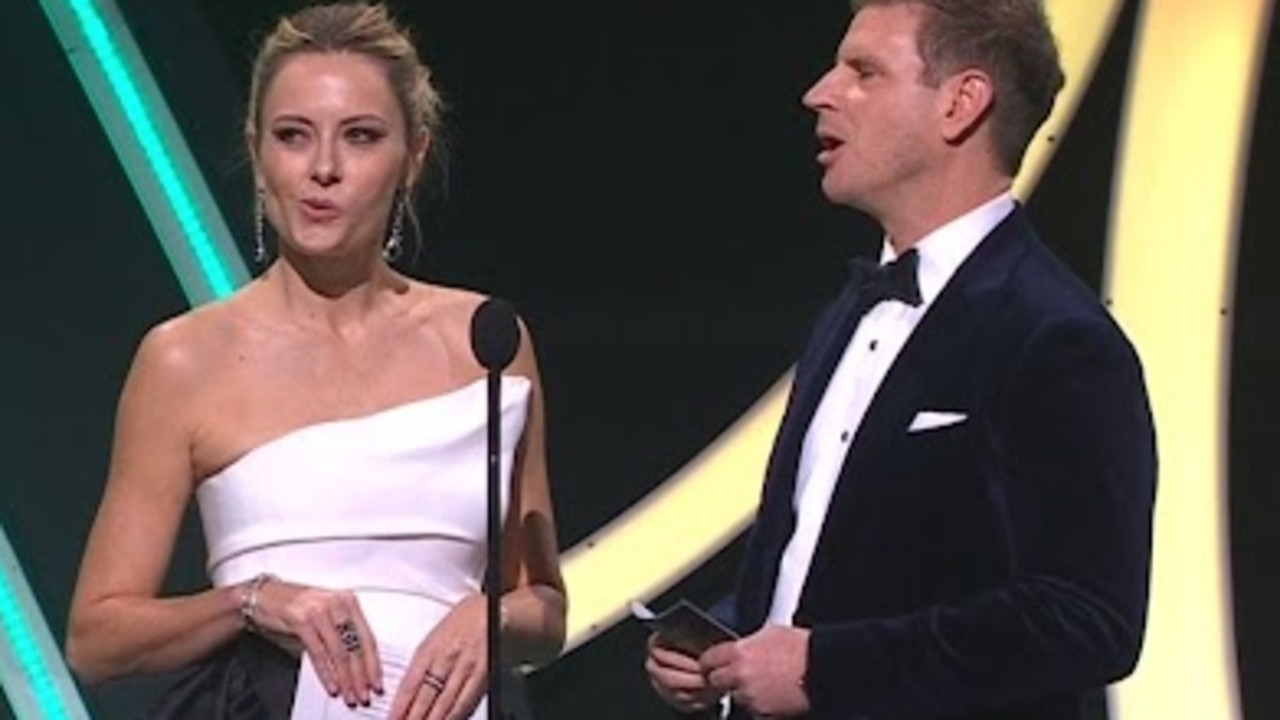 “Hello to our rival breakfast show, the Today show, possibly our biggest rivals behind the ABC,” he shot to groans from the audience as Langdon winced uncomfortably.

The reference was to Today recently falling to third in the brekkie TV ratings war for the first time ever, trailing behind both Sunrise and the ABC’s News Breakfast.

But it didn’t stop there.

After Langdon declared that she’d “stopped listening,” to Mac’s spiel about Karl Stefanovic not appearing onstage to present the award, Mac followed up with a second veiled dig at the Today team, saying — with a hefty hint of sarcasm — that he was glad there are “no egos on breakfast TV any more”.

It wasn’t the only mention of Today’s falling ratings, with controversial Gold Logie winner Tom Gleeson quipping of his memorable red wine fuelled speech in 2019: “I wasn’t drunk early in the morning in the third-highest rating breakfast show, am I right? I did it where it belongs.

Stefanovic put on one of the most memorable episodes of Today after the Logies back in 2009, slurring his words and laughing uncontrollably as it became apparent he was still intoxicated.

Tonight, he’s poked fun at his cheeky past, brandishing a packet of Panadol to the camera as it panned across his table.