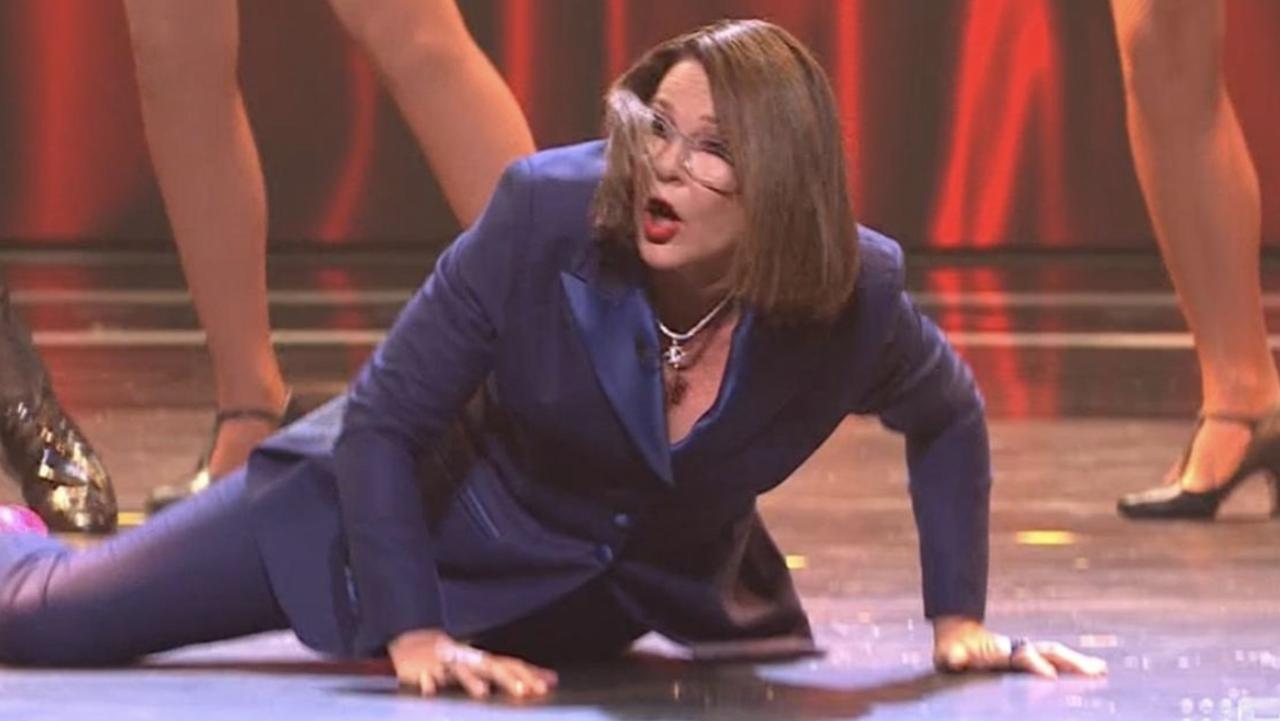 Julia Morris has been savaged for her opening monologue at the Logies, which took aim at cancel culture, Twitter and the gender pay gap.

Julia Morris has been savaged on social media after “bombing” during her opening monologue at Sunday night’s Logies ceremony.

The comedian and TV presenter kicked off the show with a series of jokes targeting Twitter, cancel culture and the gender pay gap.

“What sort of night do we have ahead of us when we let a loose unit like me open the show,” said a pantsuit-clad Morris.

“The deal was that I could open the show as long as I dressed like a man,” she continued, telling viewers that while she was dressed in a suit, “I do identify as a woman.”

“Instead of a rich white man opening the show, they’ve gone for a white woman earning 30% less,” she said.

Then Morris railed against “cancel culture,” asking who in the room had been cancelled – and went on a spectacular rant about what exactly it takes to be a 54-year-old woman working in television.

“I’m a 54-year-old woman. I dye my hair. I wax my legs. I have botulism injected into my forehead. I have fake nails. I have age spots lasered off my décolletage. I’ve had the hoods cut back in my eyes guys. Literally my eyes cut right back and opened. I have hydro facials. I’ve a personal trainer. 54, to try and stay on the television. You know what the worst thing about looking this good is?” she asked.

“No-one is allowed to tell me anymore.”

The whole 10-minute spiel wasn’t exactly a hit on Twitter.

But the feedback wasn’t all negative – there were some viewers who took to social media to praise her monologue.

As she wrapped up her speech, Morris remarked that she used to watch the Logies from home and wonder why “the same seven people” got most of the awards and work in the TV industry.

“Here is the thing – now that I am one of them, I don’t want that to change. If we could not change that.”

Catch up on all the other highlights – and lowlights – from the four-hour-plus Logies ceremony here.