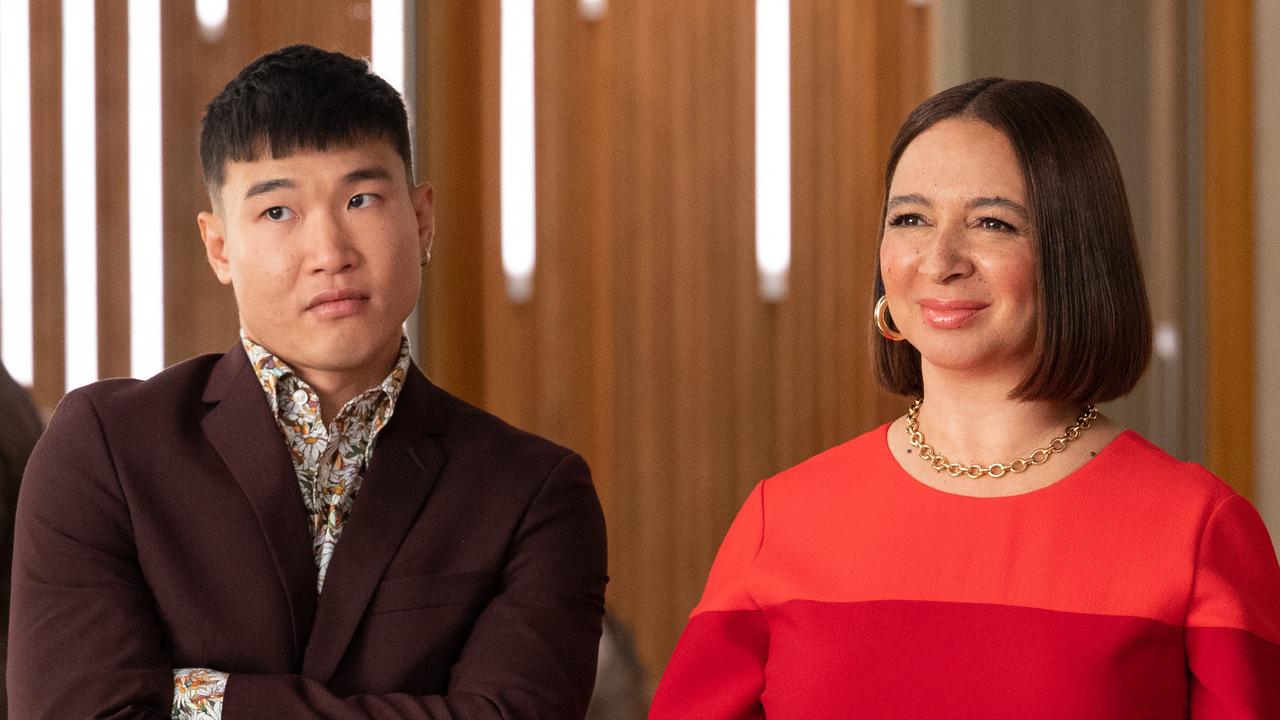 Streaming series Loot has something its rivals can’t boast – a $US500 million mansion.

“It was listed as the most expensive property ever [listed] in human existence,” Loot co-creator Alan Yang told news.com.au. “When we were researching and location scouting, we were finding these places and saying, ‘Yeah, that’s a $40 million or $50 million mansion, what’s the next level?’

Loot, as the name implies, plays in an uber wealthy sandbox. Its lead character is a woman named Molly (Maya Rudolph), who discovers her tech mogul husband’s (Adam Scott) infidelity after 20 years of a life together.

In the ensuing divorce, she walks away with $87 billion – and a compulsion to find her purpose and herself through her charitable foundation.

Hence, the eye-popping, unfathomably expensive mega mansion. The location is a real-life house (if you can even call it a house) in Los Angeles called “The One”. It has seven pools, a 50-car garage and its own nightclub.

The super yachts, private jets and mega mansions world of Loot is a far stretch from the small government offices of Parks and Recreation, where Yang and his co-creator Matt Hubbard first worked together.

Since then, Emmy winner Yang has been behind some of the most lauded works of the past decade including the auteur-driven Master of None, the philosophical Forever and the personal film Tigertail, which was based on his father’s experiences migrating to the US from Taiwan.

But with Loot, he and Hubbard wanted to do something different, something more fun and something with a higher laughs-per-minute ratio.

“We talked about wanting to do another workplace comedy. We both worked on Parks and Matt had worked on 30 Rock. Those shows are really fun and they ended up touching a lot of people.

“This project was a fun idea and a nice change of pace, a little bit broader. We wanted to make a fun, funny show that also had some ideas and heart behind it, but something that’s just a bit of fun to watch.

“For me personally, I’d come off a couple of more dramatic piece and, over the past couple of years, the world is going through a lot more drama – a cataclysmic pandemic, insurrection, recession, gas prices are a million dollars a gallon. Can you come home and put on a show that makes you laugh and brings you a little bit of joy?

“We definitely wanted to go a little more comedy-forward. We kind of missed the time when comedy was a little bit more straightforwardly funny.”

While Yang doesn’t explicitly namecheck Melinda Gates and Mackenzie Scott, the now former wives of Bill Gates and Jeff Bezos respectively, Yang does refer to the “real life analogs” to the character of Molly.

Rudolph had already worked with Yang and Hubbard on Forever, so they knew she could pull off the comedy and the pathos of a woman who has emerged from an emotional trauma and a long-term relationship to find herself on her own, cashed up and with a journey of self-discovery.

“We don’t have billions of dollars, well most of us don’t, and we don’t have access to that sort of wealth but I think everyone can relate to a break-up, and with someone you built a life with for 20 years.

“What is the challenge in your life coming back from that? Especially when you add on top of that, your spouse or partner was this person who was your whole world, and was such an important, powerful figure on a global scale and in some ways, you’ve been that person’s plus-one.

“In the back of your mind, in the deep, dark recesses of when you’re going to bed at night, you’ve probably thought, ‘Is there more to life than this? Is there something more I can offer, as me?’

“This character is asking herself, ‘Do I have a greater purpose, is there somewhere else I can go, what’s the rest of my journey?’”

That’s the heart of Loot. The ideas part comes in stealthily challenging the effect of extreme wealth, examining it through how Molly’s personal journey intersects with awareness of widening inequality.

“I know that sounds grand in some ways but that’s the best case scenario in this show. It’s a kind of Trojan horse, this idea of taking a look at why inequality is taking place, who these billionaires are, what they’re doing with the world.

“If you make it to the finale of season one, you’ll see that even Molly herself goes under some sort of reckoning and has a little bit of change.”