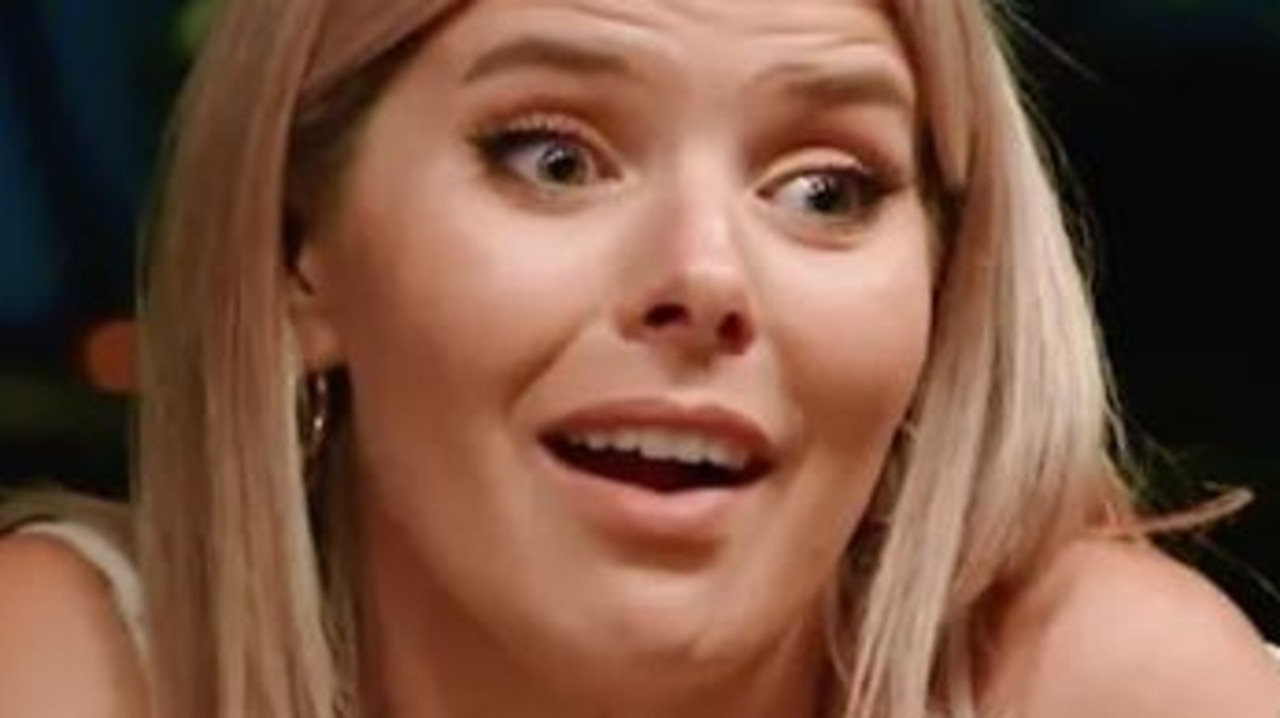 A disgusting axed scene that’ll make you sick to your stomach has come to light this week — and it’s the kind of thing MAFS producers would froth over.

Remember when reality TV used to be about people with normal teeth doing the bum dance?

Everyone still had their real teeth back then but it’s true that reality TV has never been without controversy.

The only difference is now the controversies are more controversial. And nightly. Sometimes one controversy per episode isn’t enough and we get two extra controversies that, while just as horrific, don’t even make the promo. They’re just bonus controversies. A free gift with purchase.

The latest reality TV controversy is one that a lot of people around the country are aware of, regardless of whether they watch the show or not. It has been everywhere this week.

A chick named Olivia on Channel 9’s social experiment Married At First Sight dug around on the internet to find a nude photo of another female contestant named Domenica and proceeded to maliciously show the rest of the group.

Sure, the picture was posted by Domenica to adult content subscription website OnlyFans. But there’s a difference between choosing to post it behind a paywall, and having it maliciously distributed to your acquaintances who probably never would’ve known it existed.

Most of us can only imagine how Domenica feels. If someone even just distributed photos of me between the ages of seven to 21 without my permission, I’d have to take stress leave.

Strangely, most of the other contestants blamed Domenica.

“You created an OnlyFans. This is what (happens to) people who put their nude photos online,” another wife declared. “They’ve gotta cop this back!”

Yeah! And in keeping with that logic, anyone who has ever bought anything online deserves to have their credit cards scammed and their identities stolen!

This show is no stranger to controversies that end with the public calling for action through formal complaints and online petitions. The big question to come out of the photo leak is why the show’s experts or producers didn’t step in to stop the harmful behaviour.

Weirdly, in an episode that aired just days before the photo scandal played out, the experts banned a cheating couple from the experiment on the grounds of it being unprincipled.

“There is absolutely no way we can allow you to re-enter the experiment as a new couple,” expert John Aiken scolded the couple in a passionate speech. “It’s not gonna happen now, and it’s not gonna happen in the future. And the reason for that is very clear. This betrayal is incredibly unsettling and difficult for all of us to witness. And we don’t see any merit for this relationship that you have to continue on in this experiment.”

They’re making the rules up as they go. A few years ago, they famously allowed another cheating couple to re-enter the experiment.

If, in 2022, the line is now drawn at allowing contestants to cheat, then where does leaking someone’s nude photos rank?

Other reality TV producers are drawing the line at less damaging – though equally disgusting – things.

Below Deck Down Under – a series about the crew working aboard a luxury superyacht cruising through the Whitsundays – started streaming on Hayu this week and chief stewardess Aesha Scott revealed to The Kyle & Jackie O Show that producers refused to air in full a childhood anecdote she told the cameras.

She treated Kyle & Jack to the uncensored version. And believe it or not, the below sample of quotes has been tamed for publication.

“I was eight and I wanted to know where (poo) came from and was sitting on the toilet, I put my finger all the way up,” she recalled.

“ … And then I pull my finger out, I looked at my hand … Then it got closer and closer to my mouth and-”

Actually, on second thought, we don’t need to finish that anecdote.

But MAFS totally would’ve aired it.