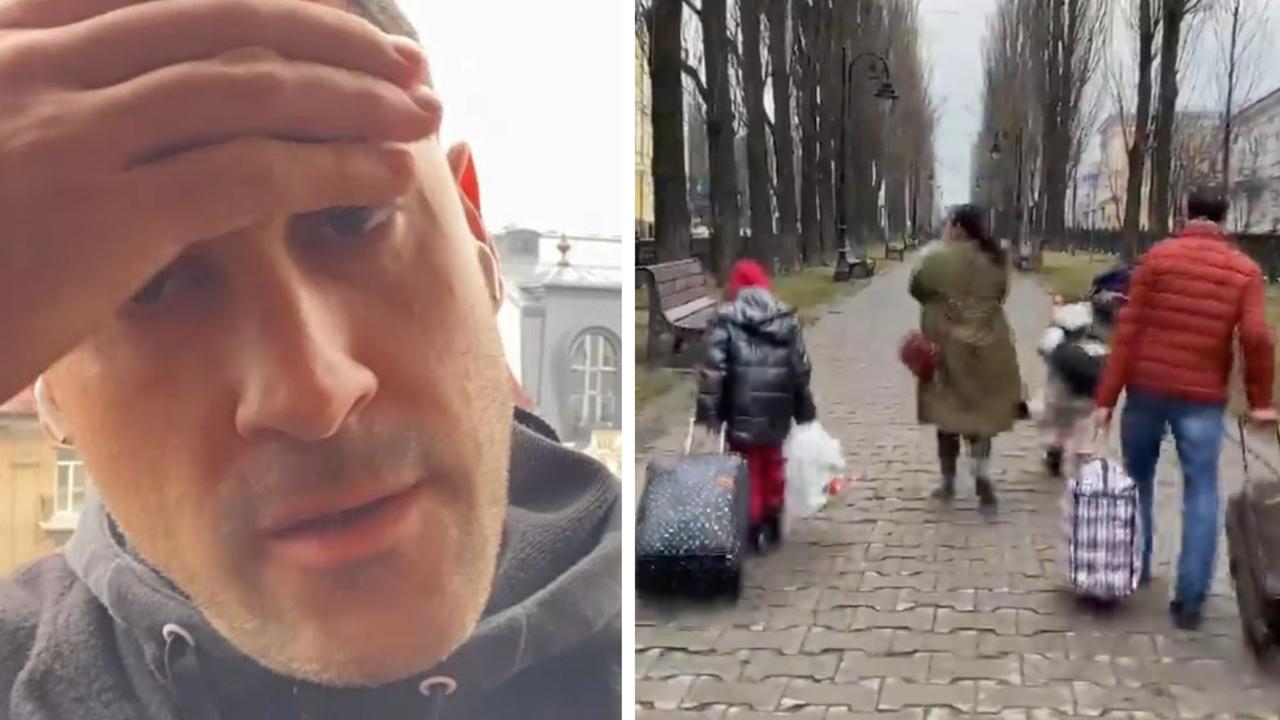 A performer who found fame on US television is back home in Kyiv – and posting harrowing updates via his social media.

US Dancing With the Stars dancer Maksim Chmerkovskiy posted videos showing the “reality” in his native Ukraine just as Russia invaded the country on Thursday.

In an Instagram clip captioned, “There’s ALWAYS another way! WAR is NEVER an answer,” Chmerkovskiy, 42, is seen standing on a balcony in the Ukrainian capital of Kyiv. Sirens are heard in increasing volume as he attempts to explain his hesitation to record himself.

“I will never be the same,” he continued in his caption. “This is stressful and I’m getting old feelings back, like I’ve done this before. This does feel like the way it was when and why we left in the 90s. Like my old PTSD I’ve finally fixed is coming back.”

The professional dancer and his younger brother, Val Chmerkovskiy, who also competes on the US version of Dancing With the Stars, were born in Odessa, Ukraine, and immigrated to the United States with their family in 1994.

“I literally only just forgot about those ‘always on the edge’ feelings and actually started worrying about things like bbq grills,” he went on.

“I’m crying as I’m typing this because all man deserves to worry about [is] ‘bbq grills’ and not f**king war. Hug your loved ones.”

Maksim has been living on and off in Kyiv for the past six months, splitting his time between there and Los Angeles, where he lives with his wife, Peta Murgatroyd, and their 5-year-old son, Shai.

“Honestly, I’m getting really emotional. It’s been a little difficult. You know me, I stay strong. And I don’t show it, but I want to go back home,” he said in another video from Kyiv.

“What I’m realising is that my friends whose kids are here, whose mums, dads are here, and elderly people are here, they can’t just escape,” he added.

“I am not at this point someone who is pleading for someone else’s safety from a far distance, from a safe distance. I’m somebody who’s about to go into a bomb shelter because s**t’s going down.” Maksim went on to ask fans not to “bombard Peta with messages,” saying, “It’s not what’s important right now. I’m gonna do my best and try to keep you informed.”

Finally, the choreographer slammed Russian President Vladimir Putin over the invasion, saying, “I think that in 2022, [in a] civilised world, this is not the way we do things. This is all one man’s ambition … and however it sounds, however convenient it sounds in Moscow, however comfortable you are where you are in Russia, I just don’t think that this is the right thing and [these are] the right steps and these are the correct actions.”

US President Joe Biden also condemned Putin, calling the attack “unprovoked and unjustified” and saying, “The United States and its Allies and partners will respond in a united and decisive way.”