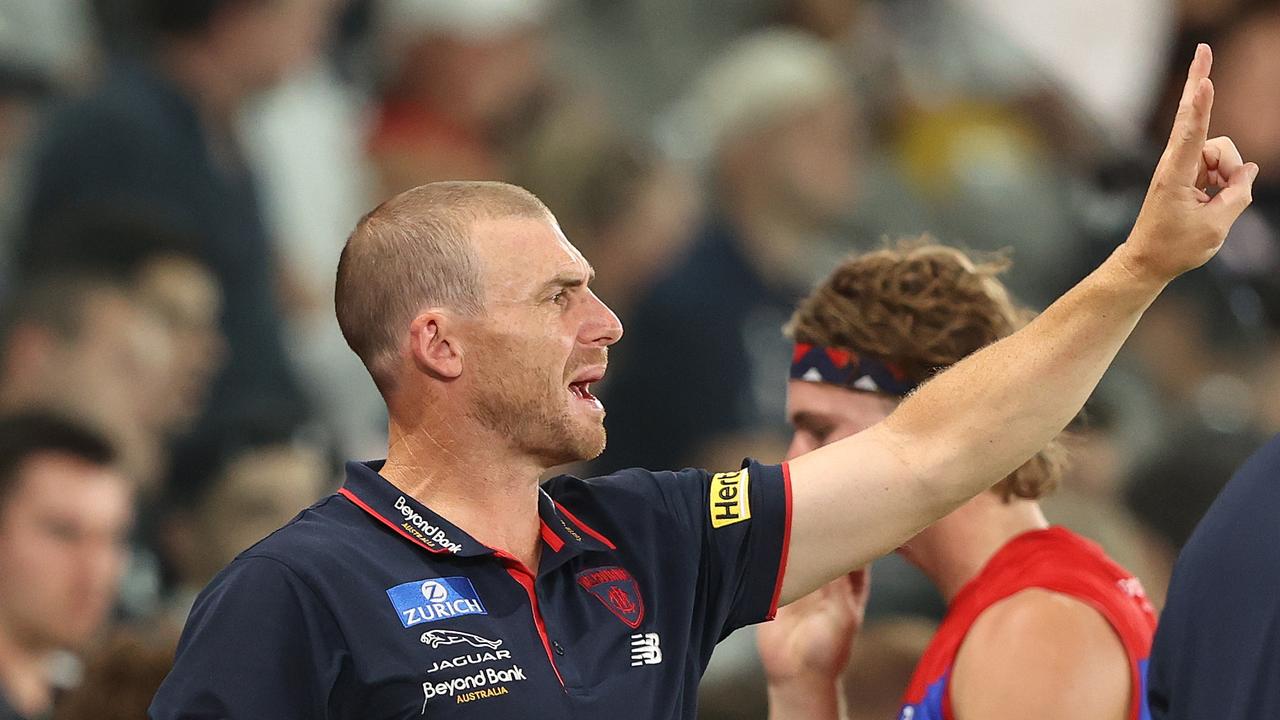 Melbourne won’t forgive and forget so quickly when it comes to the bombshell headlines that engulfed coach Simon Goodwin last month.

Melbourne CEO Gary Pert has blasted the “disgraceful” leaking of documents that revealed the Demons board investigated coach Simon Goodwin’s alleged behavioral issues from 2018 to early 2021, including claims of drinking, gambling and workplace bullying.

Tea Herald Sun reported last month several directors at the AFL club were so alarmed by the allegations, they discussed standing Goodwin down ahead of the 2021 season — before his team went on to win the premiership.

Speaking on Sportsday about the leak, Pert said: “It’s unfortunate. No club or coach would expect board documents to be leaked on the front page of the Herald Sun for multiple days, that’s pretty disgraceful that it would happen.

“For Goodwin, he probably hasn’t experienced a rallying of support from the industry like he’s received in this time. He’s a growing and evolving leader and done a lot of work on developing himself, he’s such a great ambassador for the club.

“Anyone that leaks things that are misinformation, untrue, they’re out of context … you do that leaking because you don’t want to be held accountable for what you’re putting out there.

“That’s certainly goes to the character of the people doing it rather than the people they’re leaking things about.”

Goodwin was named 2021 Coach of the Year at the 2021 AFL Coaches Association awards having guided Melbourne to a grand final win over the Western Bulldogs.

After the allegations of his behavior were made public, the Dees were forced to address what had happened. On behalf of the board, club president Kate Roffey gave her emphatic support to Goodwin and said a review at the end of last season found Goodwin was “the right man to lead our club”.

“During these feedback discussions, Simon totally rejected any accusations of bullying behavior and as the Club President, I totally support Simon rejecting those accusations,” Roffey said.

“Simon is an inclusive leader who is loved by the players, coaches and staff and goes out of his way to build genuine relationships throughout the football department and broader club.

“Following the review, Simon, Alan Richardson, Max Gawn and the club’s leadership group led the charge in ensuring all areas for improvement outlined in the review were acted upon.

“They embedded the club’s values ​​of trust, respect, unity and excellence within our football department and they continue to do so.”

Melbourne captain Max Gawn has publicly supported Goodwin in the wake of the allegations, saying he has no issue with his behavior and vowed to continue enjoying social time with his coach.

“I am going to continue to have a beer with my boss and my coach and what we learned over a couple of beers at the pub at our local at the time, maybe that is when we nutted out 2021 and we were able to go on to what we did,” the ruckman said.

“I am going to continue to do that in a professional sense and just ‘chew the fat’ at 1 o’clock on a Saturday arvo.”