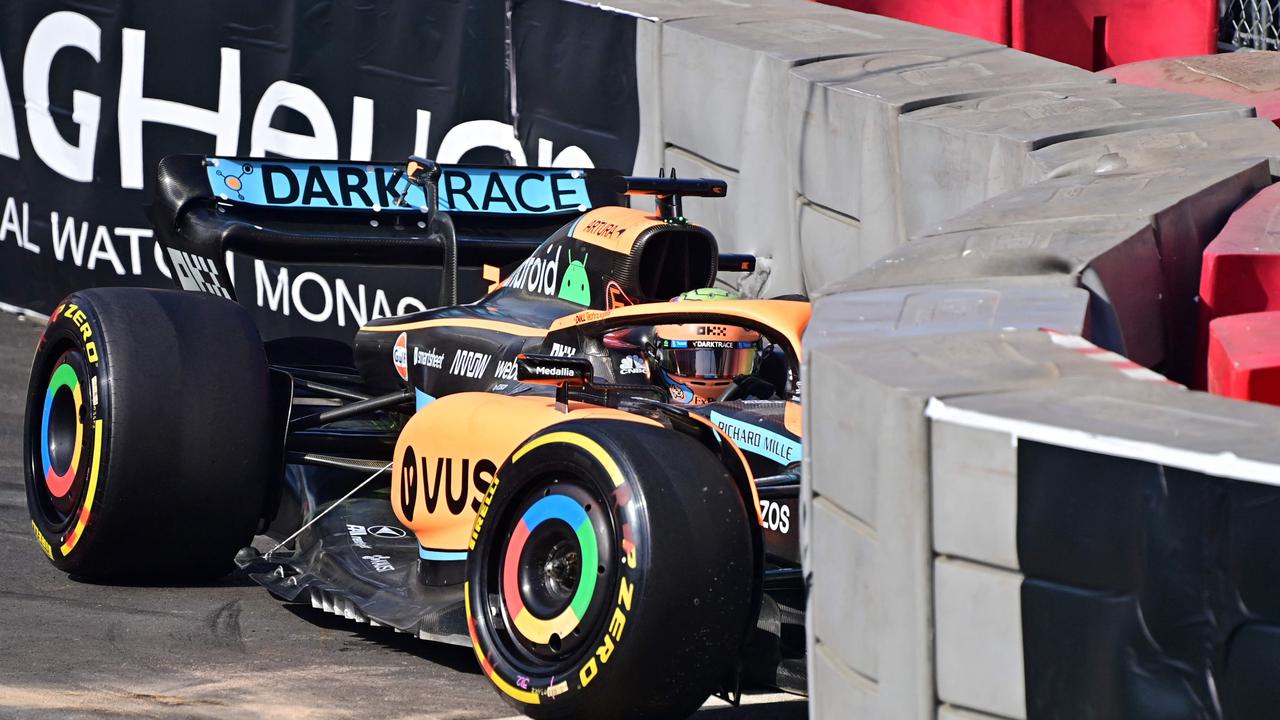 The smash is just another disappointing chapter in Ricciardo’s 2022 season, following a disappointing performance at the Spanish Grand Prix last weekend.

Daniel Ricciardo had a horrible start to the Monaco Grand Prix weekend after crashing on second practice.

The Australian F1 star collided with the barriers of the famous pool chicane, crumpling the front of his McLaren.

Ricciardo does not appear to have been injured in the accident, but his car suffered extensive damage.

The smash is just another disappointing chapter in Ricciardo’s 2022 season, following a disappointing performance at the Spanish Grand Prix last weekend.

Earlier, Ricciardo said he expected to finish his contract with McLaren despite rumors once again heating up his future.

Ricciardo qualified ninth in Catalunya but struggled throughout the race to finish 13th as he barely fired a shot and was largely locked in a battle against Haas’ Mick Schumacher.

It was far from what Ricciardo needed as he has only claimed points once this season as his McLaren struggles continued.

Rumors have also swirled that McLaren development driver Colton Herta is already believed to be the man to take Ricciardo’s seat if he is moved.

The Spanish Grand Prix was so difficult for Ricciardo that Zak Brown admitted the experienced Aussie didn’t deliver what the team expected.

“Lando definitely has an advantage,” the McLaren CEO told Sky Sports. “Obviously we would like to see Daniel a lot closer to Lando and have a good inter-squad battle.

“Daniel is not yet comfortable with the car.

“We are trying everything we can, again it was a disappointing weekend.

“Apart from (Ricciardo’s victory at) Monza and a few races, it generally doesn’t meet his expectations or our expectations, in terms of what we expected.”

But when Ricciardo was asked about the statement last week ahead of the Monaco Grand Prix weekend, he accepted the criticism.

“It’s not wrong, it’s rather true,” he said. “First of all the comments, I don’t take them personally. My skin is tanned, beautiful and also thick. No one will be harder on me than myself.

“I don’t want to run in 10th or 12th place. It felt a little safer to test at times trying to get up and max out in that car. But we are working hard on it together. The team wants it, I want it, and we are working on it. »

And Ricciardo reaffirmed that he was in it for the long haul.

In his second year of a three-year contract, Ricciardo said he would definitely hold the seat until at least the end of 2023.

Ricciardo was crestfallen after last week’s race and said he hoped the team would find something wrong with the car “because it’s probably more of a concern if we don’t”.

And he got his wish, revealing the team discovered an undisclosed problem with the car and fixed it before Monaco.

“We basically found a problem on the car,” Ricciardo said. “It’s been rectified and going into this weekend, we’re all sorted. It’s like a fresh start, let’s say.

“There’s still more I’d like to get out of it, which sometimes I can see and sometimes it’s less clear.

“I think we also had a few things that didn’t happen, let’s say, and interrupted some sessions.”