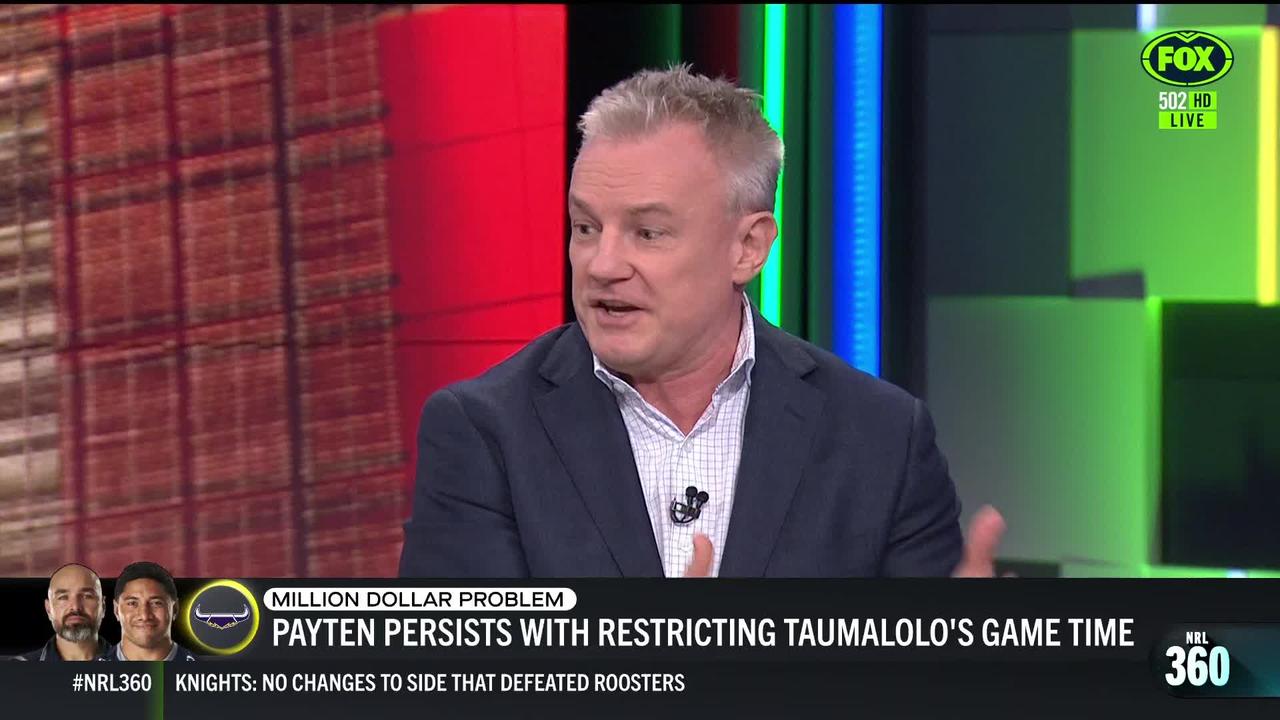 After some confusion surrounding the usage of independent doctors calling for head knock checks in the Bunker in Round 1, Kent believes that clubs have forfeited the right to be in control of their player’s welfare.

“ I will give you a hidden benefit of it… (changes to the HIA rulings), it is going to stop players milking, players go in collapse out of a tackle, look what’s happened to me sir, trying to milk a penalty ,” Kent said on NRL 360.

“You lay there too long doctors are going to say get him off.”

“Does the NRL not trust the clubs,” Anasta asked.

“Of course they don’t… coaches were faking head injuries to get free replacements and then other players who were a six or a seven or a nine or whatever who are important and needed to stay out there, they would try and say it is actually a shoulder injury, or it was a leg injury or whatever as to why he was slow to his feet,” Kent said.

“The coaches have surrendered the right to be in control of their own destiny, because the coaches were the ones rorting the rule and privately the doctors went to the NRL and said we are sick of being stuck in the middle here because we have the coach up here saying ‘mate he is okay keep him on the field he’s not concussed’ when I can clearly see he is concussed and we need to get him off.

“So the coaches, they have no one to blame but themselves because they do what they always do, they try and bend it to their own advantage.”

The new rulings have been introduced by the ARL to again enhance player welfare and attempt to reduce the ongoing effects of concussion.

Kent revealed that the players were in support of the move, but the changes will be ironed out in the coming weeks.

“I have spoken to Andrew (Abdo)… he did admit there needs to be a little bit of massaging done as far as the speed goes to diagnose these because we saw the speed over the weekend when the players were playing three, four to ten minutes like Braidon Burns before the doctor actually got involved and said no you have got to get him off,” Kent said.

“Certainly that has to be fixed, but this is all about the welfare of the player, and we need to understand that and I know a couple of people have been critical of it already, but the players so far have been in support of it .

“Not every player has been canvased but from what we have seen from the players publicly they are all in support of it because it is only there to help their welfare.

The Daily Telegraph’s investigating David Riccio revealed that the Bulldogs were asked to explain a late game HIA check, with the league whether a head knock evaluation was used to gain a free interchange.

“The NRL will request a please explain in relation to this incident regarding Jeremy Marshall-King,” Riccio said.

The Bulldogs hooker went down clutching his shoulder, but after the trainer checked him over, he was then removed from the field after it was signaled he needed a HIA.

“The orange shirt trainer of the Dogs, indicates Marshall-King needs to be removed for a HIA check,” Riccio explained.

“They will be facing a significant fine if proven… the Dogs may have a legitimate response in relation to that he have hit his head on the way down.”

“They have used what appears to be a shoulder injury there to gain a free interchange by claiming it is a head injury, that is why we need the independent doctors there to stamp down on these things,” Kent said.