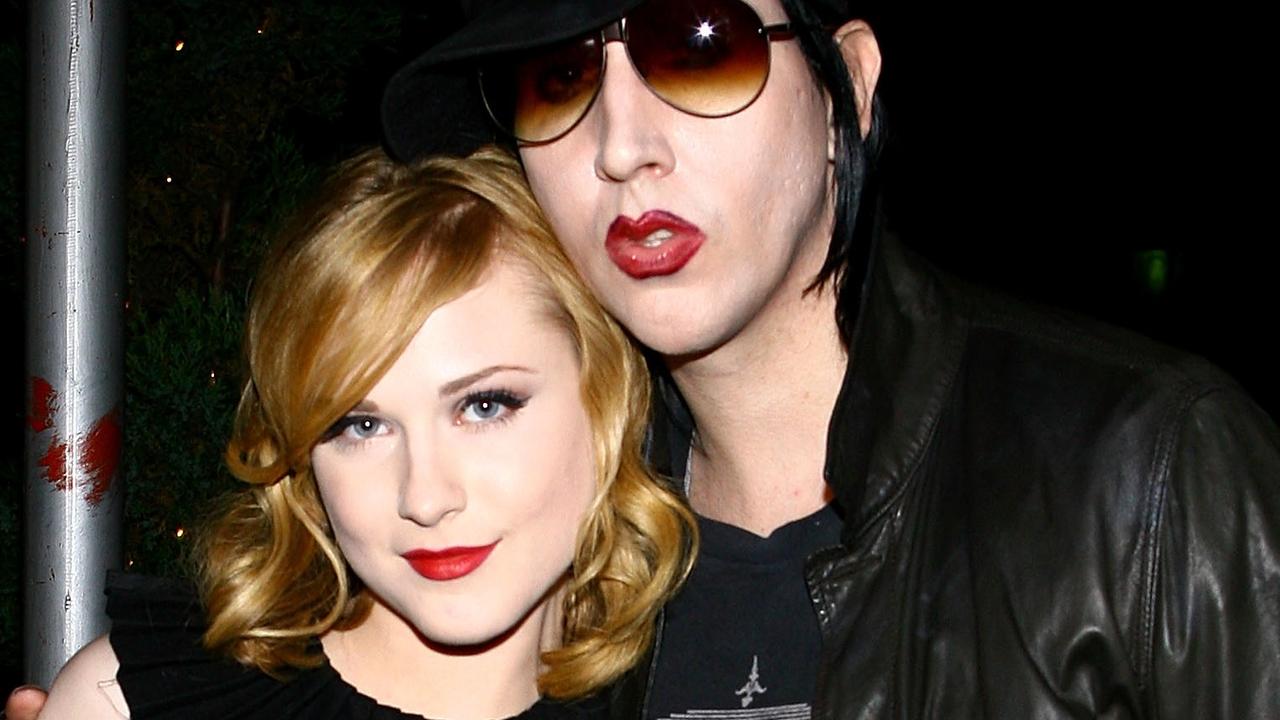 Evan Rachel Wood stars in a new documentary where she goes into graphic detail about her horror relationship with Marilyn Manson.

Evan Rachel Wood has revealed new detail about her “abusive” relationship with Marilyn Manson in a powerful documentary.

Phoenix Rising is a two-part docuseries, directed by Amy Berg, where Wood discusses her relationship with Manson (real name: Brian Warner) in the most depth she ever has, detailing the physical, emotional and sexual abuse she suffered when during their four-plus year relationship.

Until now, Wood hasn’t named the person who assaulted and abused her, though the suggestion that it was Manson was reported about for years.

Now she’s putting it all on the table, with both episodes dropping locally on Binge today.

Wood started her relationship with Manson in 2006, when she was 18 and he was 37. In the doco, she talks about how they met at a party at the iconic Chateau Marmont, but then claims he became emotionally manipulative, alienating her from everyone she loved, including her mother. Manson has long denied all allegations.

Wood also details how, during the filming of the video for the song Heart-Shaped Glasses, Manson allegedly went from simulating sex to actually penetrating her against her wishes.

We also get a bit of a portrait of Manson himself, with a lot of information coming from his 1999 memoir.

He came from an environment of severe abuse and bullying, and instead of getting help, he internalised it and his Manson persona is the product of it, including the examples of his abusive behaviour that was more than tolerated by his road crew, record labels and others.

After finding out that the statute of limitations for her case had expired, Wood and artist Illma Gore lobbied to get those time frames increased via a new bill called The Phoenix Act.

In the process of testifying about the abuse she survived, without directly naming Manson, other victims of his contacted her, recognising his patterns. After a lot of compromises, the act was passed, and the pair turned their efforts to listening to other victims of Manson’s and passing their evidence to authorities.

Most of the time, a three-hour docuseries concentrating on just one person’s side of the story about sexual assault might be considered too biased to be credible — even a series as harrowing as Allen V. Farrow raised some doubtful eyebrows among some.

But, given how many years Wood avoided naming Manson when she talked about her assault and abuse, and given the fact that others have now come forward to give similar stories about him, we were riveted while Wood talked about her relationship with Manson, how he manipulated her, and some of the horrific stuff she went through.

And given Wood is finally coming out and naming Manson in this docuseries, the reaction to this will be explosive.

Stream Phoenix Rising on BINGE. New customers get a 14-day free trial and start streaming instantly. Sign up at binge.com.au

The fascination isn’t about her victimhood, though, but about what Wood is doing in the aftermath of her relationship.

Even during the years when she didn’t name Manson, she worked hard to listen to other survivors and advocate for increased statutes of limitations.

She did this in the face of the type of online backlash you wouldn’t wish for anyone, where people pushed her to name her attacker, or victim-blame her for getting into a relationship with Manson to begin with.

What had us really at attention, though, was the last half-hour of Part 1, where Wood and others detailed Manson’s background and how he’s channelled it into an abusive personality that might also be heavily anti-Semitic (Wood was raised Jewish).

It shows how someone like Wood can get past a troubled childhood by doing the work needed to break the cycle, and how others can internalise it to the point where the cycle not only continues, but gets worse.

Producers reached out to Manson and his reps, who declined to participate, but who sent a statement denying every one of Wood’s accusations, as well as the accusations others have levelled against him.

It goes without saying Wood’s story is a tough one, and the fact that she’s decided to put it all out there in Phoenix Rising makes the docuseries all the more worth watching.

This story originally appeared on Decider and was reproduced with permission