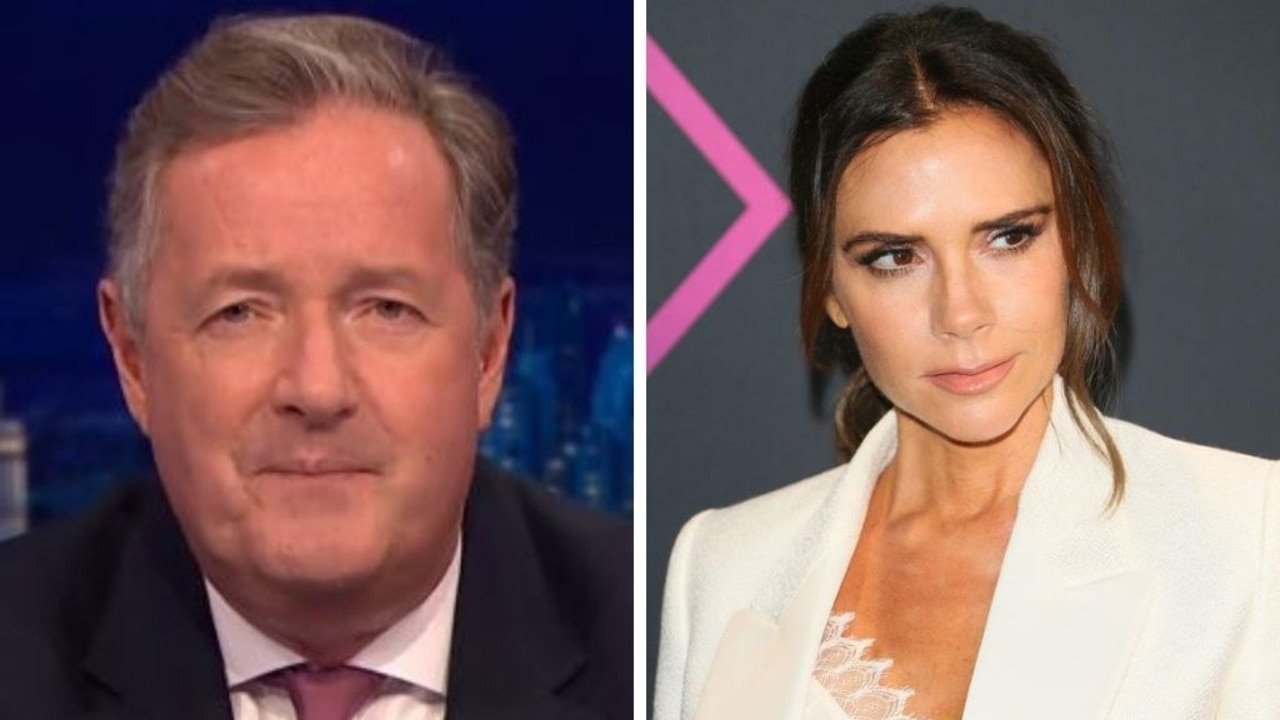 Piers Morgan has slammed Victoria Beckham after she stated that being very thin is an ‘old-fashioned attitude’.

Piers Morgan has blasted Victoria Beckham after she commented that being “thin is old-fashioned”.

During Wednesday’s episode of Piers Morgan Uncensored, available to stream on Flash, the Sky News host voiced his opinion and criticised the media personality.

Watch Piers Morgan Uncensored live on Sky News on Foxtel Tuesday to Friday at 9pm or by streaming on Flash. Flash gives you 25+ news channels in one place. New to Flash? Try one month free. Offer ends 31 October, 2022

“Is this the same Victoria Beckham notorious for literally eating salad leaves for lunch?” the broadcaster said.

“And the same Victoria Beckham, more pertinently, who puts on catwalk shows with models like this.”

The former Good Morning Britain presenter showed a picture of a thin woman that the star used to model her fashion collection.

“For many years she has deliberately used skeletal, gaunt, hollow, cheat models to flog her fashion, which I regularly criticised as a horribly dangerous inspiration to tens of millions of young girls who follow Victoria Beckham on social media,” the commentator continued.

Morgan went on to say that he suspects the fashion designer’s body positivity “U-turn” is due to her “struggling business”.

“As this latest cover of Sports Illustrated shows, bigger is the new thinner and where all the fashion money is now going,” he added.

“So, stick a cork in your body positive preaching Posh – I see right through the very little of you!”

Beckham has previously come under fire for eating a low-calorie diet.

Earlier this year, her husband David revealed that she has eaten the same meal for the past 25 years.

“Unfortunately I’m married to someone that has eaten the same thing for the last 25 years,” he told the River Cafe Table 4 podcast.

“Since I met her she only eats grilled fish, steamed vegetables, she will very rarely deviate from that.

“The only time she’s probably ever shared something that’s been on my plate was actually when she was pregnant with Harper and it was the most amazing thing. It was one of my favourite evenings. I can’t remember what it was but I know she’s not eaten it since.”

The former Spice Girl has previously revealed she won’t eat food cooked in oil, butter or sauces, and she doesn’t eat red meat or dairy.

The star has admitted her comfort food was a piece of wholegrain toast with salt on it and on her birthday she celebrates with a cake made from fruit.