Prince Harry’s memoir won’t “destroy” the monarchy, but the palace is “concerned” by how it could impact the perception of King Charles, a royal biographer has claimed.﻿

The release of Spare is days away, ﻿and with the book expected to dive into Harry’s relationship with his father and brother Prince William, the world is wondering how the royal family will be affected.

READ MORE: ﻿Everything we know so far about Prince Harry’s memoir, Spare

“Harry’s book will cause concern, and it will make headlines around the world, but it won’t destroy the institution,” Andrew Morton tells The Mirror.

“If the institution is so weak that it can’t stand a ghostwritten book by a junior member, then it’s probably not worth keeping it.”

After the death of the late Queen Elizabeth II in September 2022, Charles will be crowned King Charles III on May 6.

Morton, known for his biography of the late Princess Diana, says Harry’s memoir comes as the royal family “braces” for the coronation.﻿

“You get the sense of palace officials are on tenterhooks making sure that for King Charles, people aren’t reminded of his emotional hinterland, as it were,” he said.

“And with Harry’s memoir as well, they are concerned that will affect the way people perceive King Charles.”

The British royal familyhas a history of presenting a united front, and refraining from public commentary, with the release of anything controversial.

Ahead of the memoir’s release, Prince Harry has recorded interviews to air on two major TV channels in the UK and US.﻿

Speaking with British journalist Tom Bradby in an ITV interview, the prince admits, “I would like to get my father back, I would like to have my brother back.”

This release date is close to the third anniversary of the Duke and Duchess of Sussex resigning as senior working royals in 2020, which came on January 8 that year.﻿

It’s also close to a month since the release of the couple’s Netflix special, Harry & Meghan. 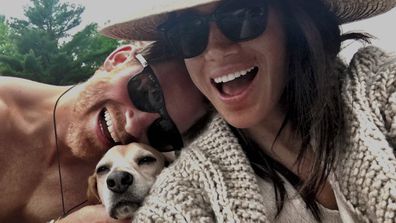