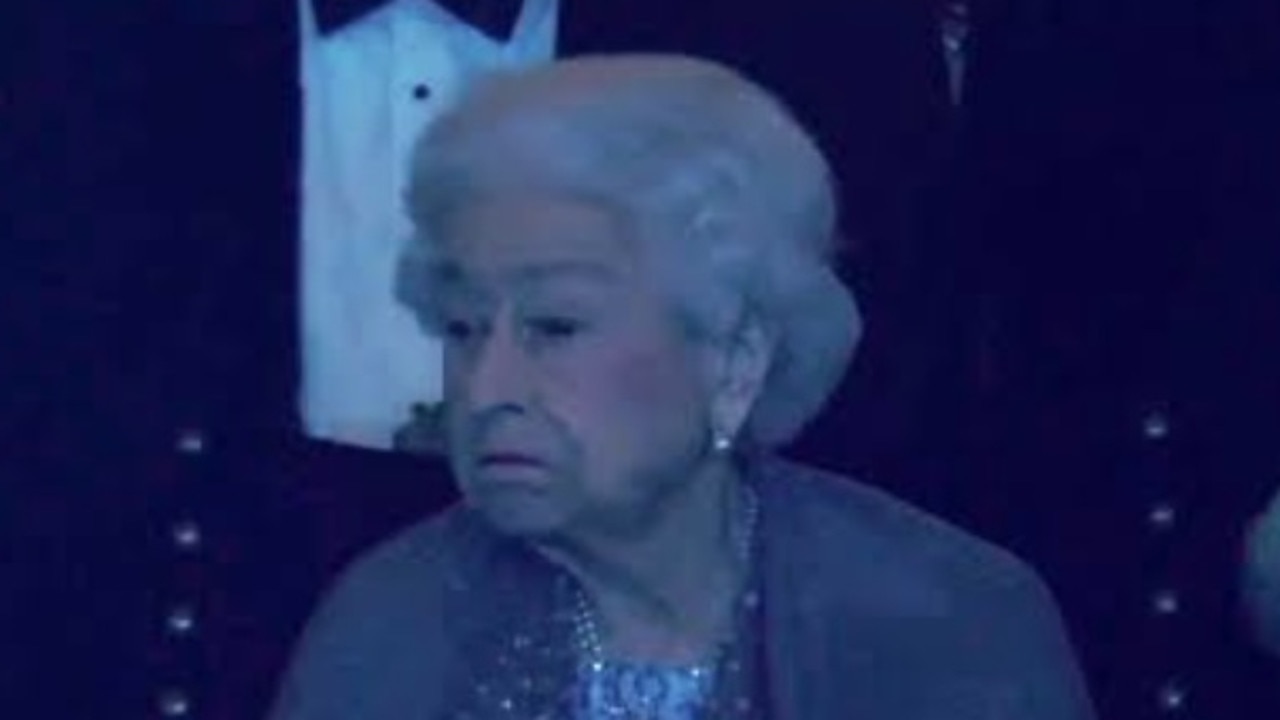 A moving tribute to the Queen at her Jubilee event sparked plenty of emotion from the crowd – but the royal herself had a very different response.

The Queen has left viewers of her Platinum Jubilee Celebration show in hysterics – thanks to a simple shrug.

She was given a standing ovation as she turned up for the final night of an equestrian extravaganza as part of the celebrations for her Platinum Jubilee on Sunday.

Dozens of stars, dignitaries and thousands of royal fans joined her to watch the Windsor Horse Show – “A Gallop Through History” – in honour of her 70-year reign.

“For 70 years there’s been one constant heartbeat of this nation, and that heart belongs to Her Majesty The Queen,” Titchmarsh said.

As the crowds applauded, cameras turned to the 96-year-old monarch who looked entirely unmoved by his words.

The Queen was seen turning to the man on her left and shrugging before turning back.

One fan watching the clip online tweeted: “What a boss! I love her.”

Another posted: “The Queen shrugs as if she doesn’t understand what the fuss is all about. So cute.”

Others called the clip “excellent” and said it was the “perfect reaction”.

Phillip Schofield, who was the face of television network ITV’s coverage of the event, called it “one of the greatest shrugs of all time”.

He jokingly added that she was thinking: “Yeah, yeah, whatever.”

But if the Queen didn’t seem overly moved by the speech, Titchmarsh himself seemed very emotional as he delivered his stirring speech.

He went on: “As commander in chief of the armed forces, head of the Commonwealth, leader of the nation we are proud to live in, we sometimes forget that our head of state is actually a person who feels as we do.

“Enjoys the things we do. And is very much a mother, grandmother and great-grandmother as well as being our monarch.

“But in 1953 on Coronation Day there was room only for pomp, pageantry and duty.”

The three-hour long extravaganza featured 1300 performers – including Tom Cruise and Dame Helen Mirren – along with 500 horses.

The Queen – who has had to skip several high-profile engagements recently – was beaming as she was led to her seat by her son, Prince Edward, with the help of a walking stick. The 4000-strong crowd went wild as she arrived to the sounds of the British national anthem.

It marked the first in a series of planned events to mark the anniversary of the accession of Queen Elizabeth II in February 1952.