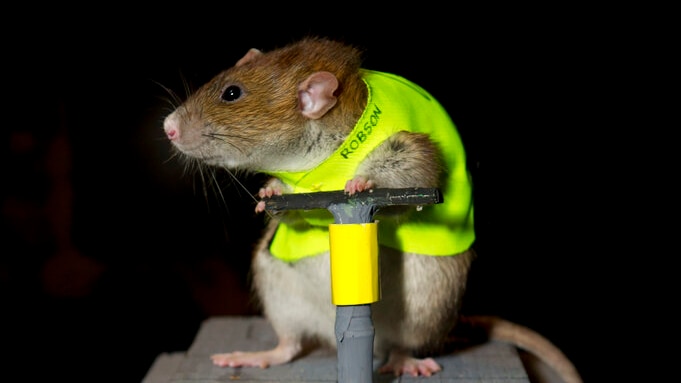 Can you move to the beat?

Scientists have discovered rats can — an ability previously thought to be uniquely human.

Researchers at the University of Tokyo played music for 10 rats fitted with wireless accelerometers to measure their head movements, according to the study.

“Rats displayed innate — that is, without any training or prior exposure to music — beat synchronisation,” Hirokazu Takahashi of the University of Tokyo said.

Why play music to rats in the first place?

The researchers said the discovery provided insights into the animal mind and the origins of music and dance.

“Music exerts a strong appeal to the brain and has profound effects on emotion and cognition,” Dr Takahashi said.

“To utilise music effectively, we need to reveal the neural mechanism underlying this empirical fact.”

Although the main study focused on responses to K. 448 by Mozart, four other musical pieces were played for the rodents: Lady Gaga’s Born This Way; Another One Bites the Dust by Queen; Beat It by Michael Jackson and Maroon 5’s Sugar.

In the study, published in the journal Science Advances, the rats were played minute-long excerpts from Mozart’s Sonata for Two Pianos in D Major at four different tempos: 75 per cent, 100 per cent, 200 per cent and 400 per cent of the original speed.

The scientists thought it possible that rats would prefer faster music as their bodies, including heartbeat, work at a faster pace.

The results showed both the rat and human participants had optimal beat synchronicity when the music was in the 120–140 beats per minute (bpm) range – close to Mozart’s composition’s original 132bpm tempo.

The team also found both rats and humans jerked their heads to the beat in a similar rhythm, and that the level of head jerking decreased the more that the music was sped up.

‘Music for a happy life’

The researchers next want to reveal how other musical properties such as melody and harmony relate to the dynamics of the brain.

“I am also interested in how, why and what mechanisms of the brain create human cultural fields such as fine art, music, science, technology and religion,” Dr Takahashi said.

“I believe that this question is the key to understand how the brain works and develop the next-generation AI (artificial intelligence). Also, as an engineer, I am interested in the use of music for a happy life.”