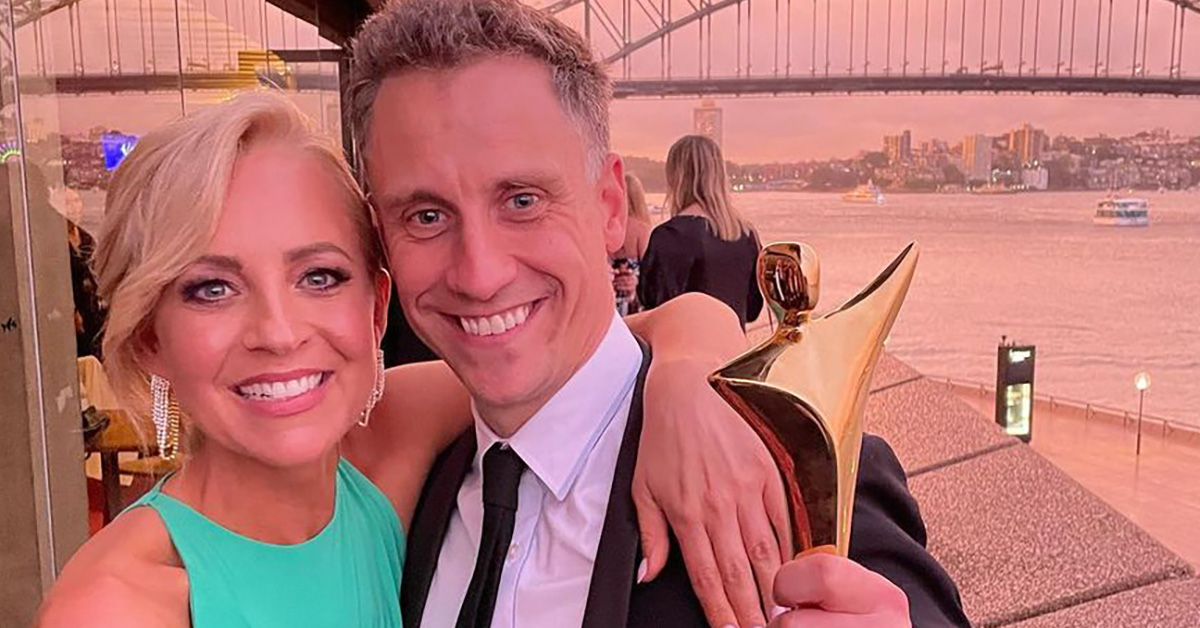 Carrie Bickmore surprised fans last week when she and her partner Chris Walker announced they would be separating after a little over a decade together, with reports their extended trip to Europe last year was likely “an effort to mend things”.

“They had been working on their relationship for some time,” a source tells New Idea. “I think taking their family to the UK last year was an effort to mend things.”

The publication claims that the three-month long trip was a “Band-Aid solution” for their relationship issues, adding friends don’t believe it was a great idea for the pair to take their daughters Evie, six, and Adelaide, three, and Carrie’s son Ollie, 15, from her marriage to Greg Lange on the long trip.

The source adds that the final straw may have been Chris’ headline-making nude scandal last May, where he’d accidentally exposed himself during a Skype call, assuming his camera was off before he began getting changed.

It wasn’t the first time it had happened, with Carrie sharing on her radio show Carry & Tommy that Chris had walked naked into the background of a Zoom meeting she was doing with journalists around the world in November 2021.

Carrie, who recently left The Project after 13 years, took to her Instagram Stories last week to announce the split.

“It’s with immense sadness that Chris and I have decided to separate,” she wrote. “While this is a tough time, our focus is on parenting, loving and supporting our three children Ollie, Evie and Addie with everything we’ve got,” she said.

“They are doing great.”

During Carrie’s final episode of The Project, she thanked Chris for his support. “To Chris, thank you for everything. Your guidance and advice over the years, your amazing production skills,” she said.

“This show has given us so much. We wouldn’t have our beautiful little [children] if it wasn’t for The Project.”

“Happy birthday to this babe,” he said in a caption alongside a photo of the pair.

“This tribe loves you and wishes you a very relaxing day after a massive week. We love doing this life with you.”

After the family returned from their trip, Carrie revealed it wasn’t as glamorous as it seemed, saying it was “really hard”.

“It didn’t all go to plan, and there were lots of times when it was really, really hard. Living away with three kids – kids are hard enough at the best of times, and living in a new place without your support network around.”

At the end of their adventure, Carrie said in an Instagram post they made memories they would talk about forever.

Or if you have a story idea, email us at lifestyle.tips@yahooinc.com.